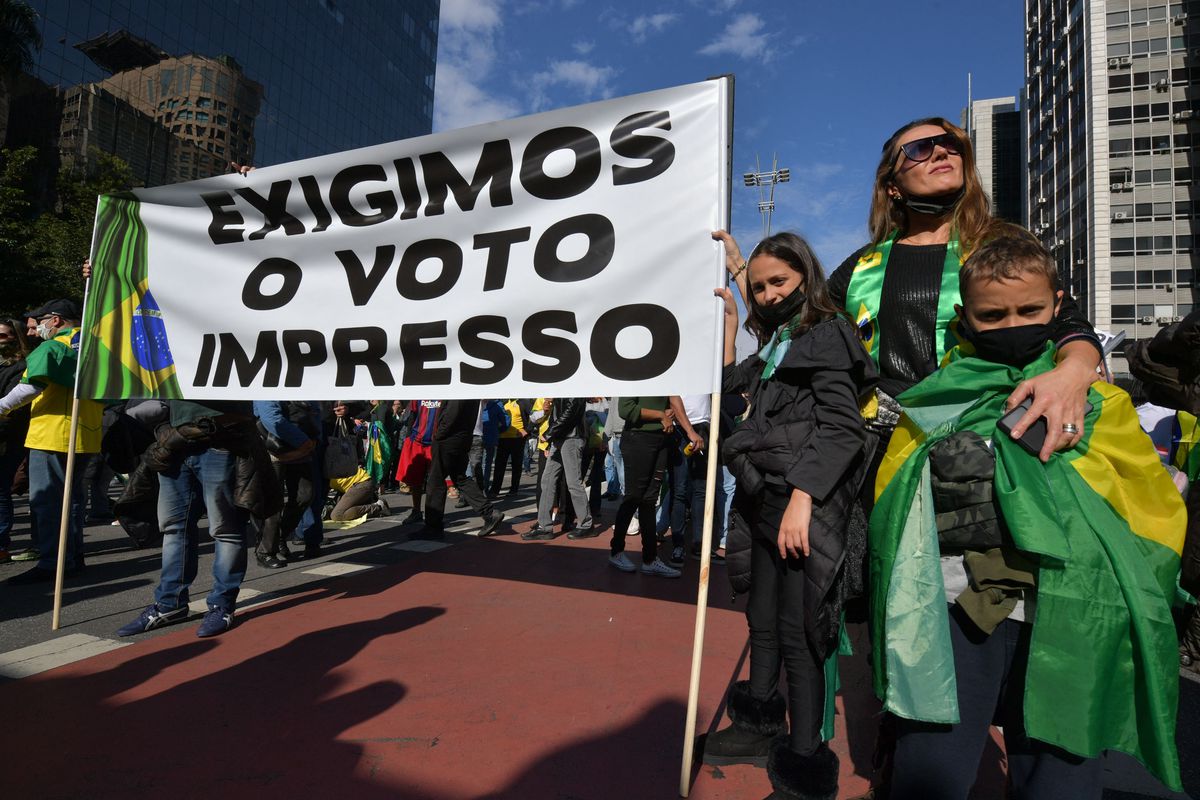 The general in the reserve who heads Brazil’s defense ministry, Paulo Sérgio Nogueira, has sent an official urgent memo to the electoral authorities, demanding that the armed forces have access to the source code of electronic ballot boxes, i.e. to the secret codes that make them work and then count the votes. The request made on Monday became known this Tuesday. The request shows the growing – and unprecedented – involvement of the armed forces in policing the electoral system that Brazil instituted a quarter century ago and that President Jair Bolsonaro systematically questions about suspected fraud.

Minister Nogueira’s petition to the Supreme Electoral Court is stamped “very urgent”. According to the newspaper, the military is officially asking for access between August 2 and 12 to classified information that it has been able to consult for months anyway Folha de S. Paulo. The campaign officially starts on August 16th. As early as June, the military reviewed the system and requested a range of technical information when it came to voting for the past few decades, to help with the logistics of allowing every Brazilian to vote.

Exactly two months after Brazil voted in the closest elections in recent memory, information on the technicalities of electronic ballot boxes and their security is in the limelight of public debate with a pro-democracy manifesto (and indirectly against Bolsonaro’s coup speech), signed from the country’s main bankers, along with a broad representation of business and society, totaling more than 600,000 people.

The armed forces have been able to see the source code and other technical details at the Electoral Court headquarters in Brasilia since last October, as they are one of the institutions overseeing the upcoming elections. Other organizations with equal power are the federal police, the prosecutor’s office, the bar association or the electoral party and the participating political formations, including Bolsonaro’s Liberal Party.

The first round of voting is scheduled for October 2 and, barring a radical change in the panorama, will be a one-on-one between Lula da Silva and Bolsonaro. The Labor Party (PT) founder enjoys a solid electoral advantage, according to multiple polls. An example of Brazil’s polarization is that two-thirds of voters say they have already made their choice. If no one gets half plus one, there will be a second round on October 28th.

For more than a year, Bolsonaro has been involved in a campaign to cast doubt on the electoral system’s ability to detect possible fraud, an issue on which he recently subpoenaed the accredited diplomatic corps in Brasilia. It is an old speech in the repertoire of the veteran Bolsonaro. But now that it has acquired tremendous political dimension and impact, it is raising doubts about the presidency of the Republic and because Donald Trump and Republicans have managed to get it through to millions of Americans.big lie despite the fact that the courts did not see any irregularities in the elections, which the tycoon lost.

The far right is demanding that voters receive printed confirmation of votes cast electronically, an option the Brazilian Congress rejected a few months ago.

Electronic ballot boxes were a source of pride for Brazilians until Bolsonaro made them the object of a smear campaign. Now it is another divisive element in political polarization. It’s enough to ask about the voting system to know if you’re inclined to vote for Bolsonaro or Lula. To eliminate any doubt, the electoral court invited the uniformed officials to a trial to review the hackers involved in trying to break into the system (an endeavor in which the hacker they fail at every election).

Until now, military involvement in Brazilian elections has been limited to taking electronic ballot boxes to the furthest corners of the country and starring in the preferred prints to illustrate the elections in much of the world’s press.