The blazes in the Sierra de la Culebra have already burned almost 20,000 hectares 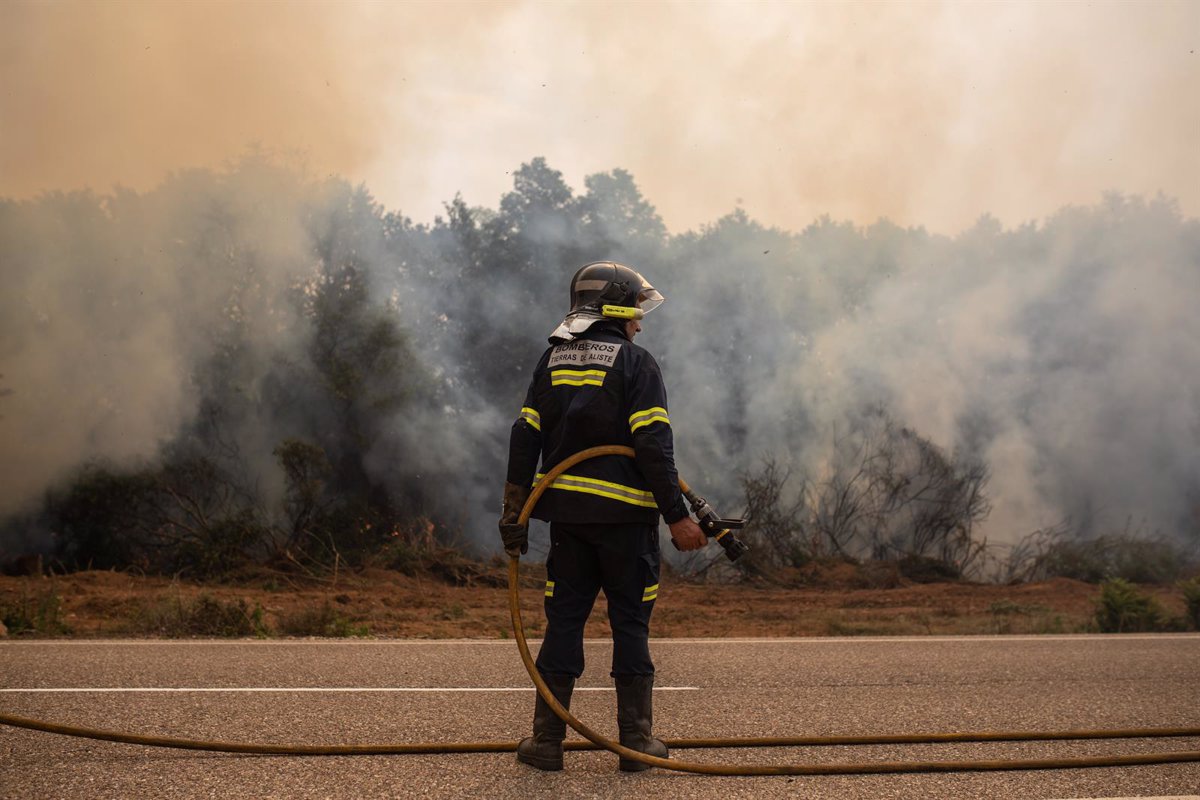 Official data from the Junta de Castilla y León, corresponding to 9.43 this Saturday, has shown that the estimated area at that time was 19,765 hectares.

Firefighting services have been working throughout the night to bring the blaze under control, which has affected and continues to affect numerous population centers. As Europa Press has learned, one of the last towns affected by the fire was Otero de Bodas, whose residents are being displaced, as have been the residents of more than a dozen nearby towns.

On the other hand, the same has also indicated that around eleven a.m. de Aliste, the residents of the towns of Boya, San Pedro de las Herrerías, Cabañas de Aliste, Mahíde, Pobladura de Aliste, Palazuelo de las Cuevas and Las Torres were able to return to their homes , after assessing that the extreme danger in their respective population centers has already passed.

In any case, there are still hundreds of people who remain outside their homes and continue in the authorized centers in Camarzana de Tera or Benavente. The space set up in Alcañices will be emptied already after the announcement of the opening of the aforementioned cities.

Meanwhile, the focus that appeared in Ayoó de Vidriales on Friday afternoon has now stabilized, although the media continue to act on the ground to finally control it.