The best prospects in the NBA draft, including Chet Holmgren 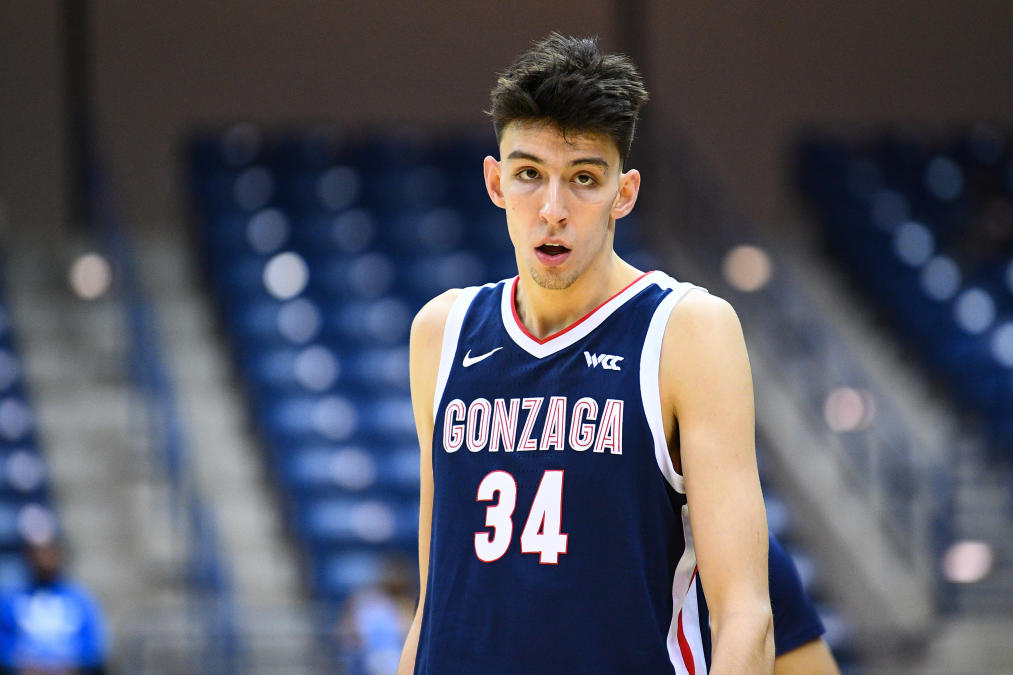 The NCAA Men’s Tournament is here, and NBA scouts and front office executives will travel across the country to watch the top draft prospects play on college basketball’s biggest stage.

The top three players in the draft — Chet Holmgren, Jabari Smith and Paolo Banchero — are either No. 1 or No. 2 seeds, so the road is set to potentially see each prospect play multiple times.

Keegan Murray led Iowa to a Big Ten tournament title and continues to be one of the top scorers in the country with two other Big Ten guards atop the scout draft boards.

Here’s a look at the top 10 NBA draft prospects in the NCAA tournament.

No player will be watched more closely than Holmgren during the NCAA men’s tournament. The 7-footer was exceptional this season during conference play, but he played just five games against Power Five teams. He averaged 9.6 points and eight rebounds in those games.

Gonzaga is the No. 1 team overall in the tournament and has a rocky road to the Final Four. Holmgren could potentially go toe-to-toe with Memphis center Jalen Duren in the round of 32. Then there’s the possibility of a rematch with Banchero and Duke in the Elite Eight, if both teams make it that far. In the first matchup in November, both Holmgren and Banchero played extremely well, with Duke winning 84-81. Holmgren had 16 points and seven rebounds, and Banchero finished with 21 points and five rebounds.

There has never been a prospect like Holmgren. He has a slim frame at just 195 pounds, but he has the best footwork for a 7-footer and can take down 3s with confidence. He is the most dangerous on the open court and has a grab-and-go style that is difficult to defend. All eyes will be on Holmgren to see how he matches up with stronger, faster players on college basketball’s biggest stage.

Smith is a 6-foot-10 forward who led the SEC in 3-point field goal percentage, shooting 43% from deep. He hit seven 3-pointers in a win over Vanderbilt last month. If Smith warms up, Auburn will make a deep run in the tournament this year.

Smith is the potential first pick in the 2022 NBA draft, and his game translates to the NBA with his athleticism and high basketball IQ. Auburn looks to pass the ball to Smith at the end of the shot clock, with Smith averaging 1.2 points per possession when there are four seconds or less on the shot clock, according to Synergy Sports. Smith’s versatility on offense is one reason Auburn was the No. 1 team for four weeks this season. The high-low option with Smith and Walker Kessler is almost impossible to call in the paint.

Auburn is the No. 2 seed in the Midwest region and will potentially have to go through Wisconsin, Iowa or Kansas to earn a Final Four spot.

Banchero has an NBA-ready body with his 6-foot-10, 250-pound frame. Duke is struggling late in the season, losing to rival North Carolina in head coach Mike Krzyzewski’s final game at Cameron Indoor Stadium and then the Blue Devils losing to Virginia Tech by nearly 20 points in the ACC tournament. Banchero needs to find another gear if Duke wants to make a run at sending Coach K on a high note.

Banchero leads Duke in scoring and rebounding this season and is a hybrid forward who is comfortable picking up the ball and hitting low in the post. Banchero has recorded 10 double-doubles this season and is the star player Duke was missing last year. He was named the ACC Freshman of the Year and was also named to the All-ACC First Team. His lateral movement on defense has improved since high school, and he’s getting more comfortable getting into his 3-point shot, whether it’s on the pick-and-pop or running down the sideline in transition.

Ivey burst onto the radar of NBA scouts last year, where he amassed the most points of any Big Ten freshman with 26 in the first round of the NCAA tournament. He is one of the best shooting guards in the country and will let it fly all over the floor, sometimes as deep as the half court logo. Ivey is averaging 37% from 3-point range and has posted 20-plus points 13 times this season. The 6-foot-4 guard worked out with Ja Morant last summer, and there are glimpses of similarities in the way Ivey finishes at the rim.

Davis’ play is reminiscent of another player who led his team to the championship game last season, Jalen Suggs. They were both quarterbacks in high school and are tough competitors. Davis was injured in the final game of the season in a loss to Nebraska when he was driving down the lane and Trey McGowens hit him in the face, causing him to fall awkwardly and twist his ankle. Davis was back on the court and posted a double-double (11 points and 11 rebounds) in a loss to Michigan State during the Big Ten tournament. Davis is shooting 39% from 3-point range this season, but has cooled off recently shooting 3-for-18 in the last eight games.

Murray was the leading scorer in the Big Ten and broke the record for total points scored in the Big Ten tournament with 105. Iowa defeated Purdue for the conference title. The Hawkeyes have a lot of momentum heading into the NCAA tournament. Murray is one of America’s best shooters and even as a high-volume shooter, he is averaging 56% from the field and 41% from 3-point range. 3-and-D guards are always in high demand in the NBA draft, and Murray is the best end in this draft class. Murray has scored 30-plus points in five games this season and ranks in the 96th percentile in transition, scoring 1.5 points per possession.

Duren is one of the youngest players in this draft class after moving up last year to join Penny Hardaway’s team a year earlier. Outside of the big three at the top of the draft class (Holmgren, Smith and Banchero), Duren is the next best forward/center. At 6-foot-11 and 250 pounds, Duren moves fluidly off the ball and has excellent timing on blocked shots. The potential matchup with Holmgren in the second round is a game every scout wants to see. Duren is playing his best basketball this season and had a great game in the win over Central Florida, where he had 20 rebounds and 21 points in 27 minutes.

Arizona has a No. 1 seed in Tommy Lloyd’s first season as head coach. Mathurin tested the waters of the NBA and chose to return for his second season. At 6-foot-6, he has great size, can see over the defense and is a top-tier passer in the open court. Mathurin was the best player on the floor in the Pac-12 championship game, where he had 27 points and seven assists. His draft stock could continue to increase as the tournament progresses with Arizona one of the favorites to reach the Final Four.

Washington is back on the court after suffering an ankle injury last month. He’s playing off the ball this season with Sahvir Wheeler as the Wildcats’ primary ball handler. NBA scouts love the perks of Washington’s game. He is a combo guard who can score at all three levels. Washington had one of its best games of the season in a win over Vanderbilt in the SEC tournament, where he scored 25 points (4-for-5 from 3-point range) in 32 minutes.

Notre Dame is in the NCAA tournament for the first time since 2017, and Wesley is a major reason for the Fighting Irish’s success. Wesley is an athletic shooting guard who loves going downhill and has great body control at the rim. The 6-foot-5 shooting guard isn’t afraid of big moments, as he’s hit game-winning shots twice this season. Wesley is a streaky outside shooter and when he’s on, he’s on. In a loss to Wake Forest, Wesley hit six 3-pointers and finished with 24 points. Because Notre Dame is in the entry game, Wesley’s time in the tournament could be shortened. Depending on how he does during the pre-draft process, Wesley could opt to return for his second season and improve his draft stock.