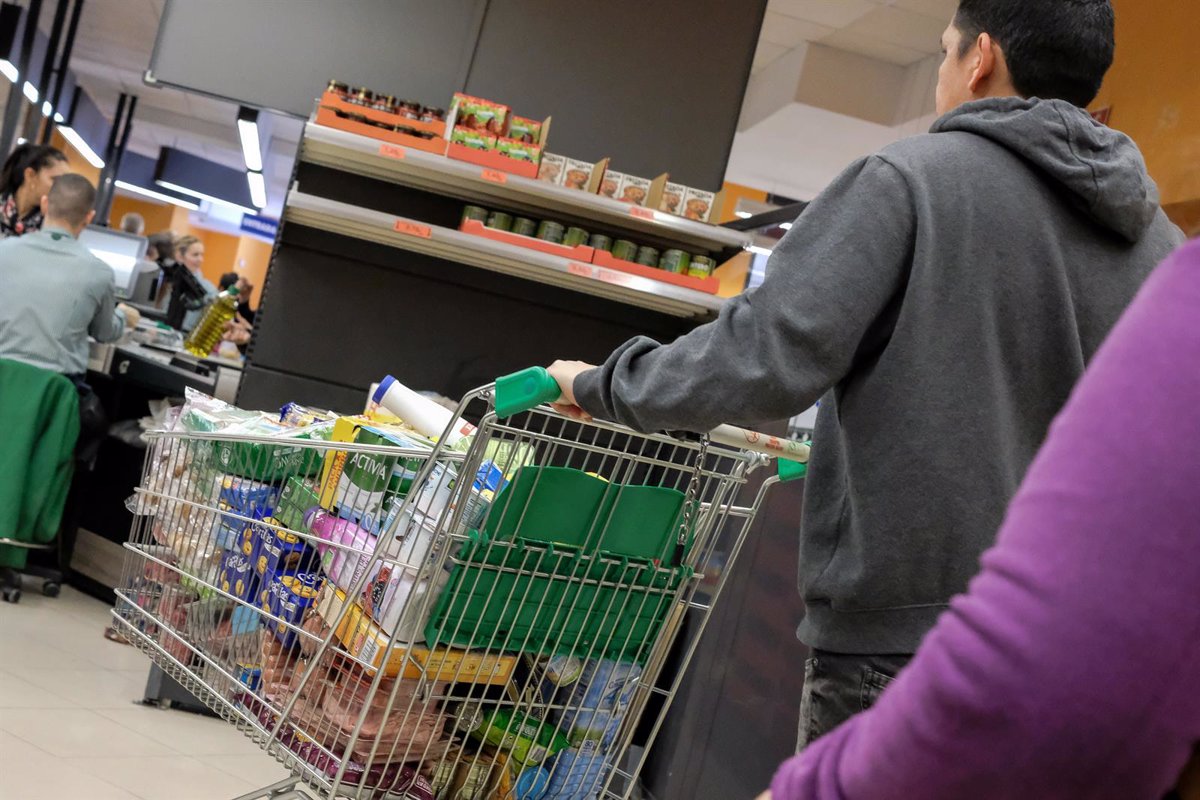 Average per capita income reached 12,269 euros in 2020, down 0.2% on 2019 and representing the first fall in this indicator since 2013, according to the Living Conditions Survey (ECV ) for the year 2021 National Statistics Institute (INE).

After six consecutive years of increases, the average per capita income in 2020, when the Covid pandemic was declared, was 23 euros below that of 2019 (12,292 euros).

Taking into account the 2020 income, the share of the population with an income below the risk of poverty line reached 21.7% of the resident population in Spain in 2021, seven tenths more than in the previous year.

With data already corresponding to 2021, the INE indicates that 33.4% of Spanish households were unable to cope with contingencies last year, compared to 35.4% in 2020.

The Agency believes that households are able to meet contingencies when they have their own funds, ie without resorting to borrowing or hire purchase to pay for regular expenses previously settled in cash.

The survey also shows that 8.8% of households reached month-end 2021 with “great difficulty”, a percentage down 1.2 points compared to 2020.

According to the statistical office, 14.4% of households stated that they had defaulted on payments for their main residence or hire purchases in the 12 months prior to the survey. This percentage has deteriorated by almost one point compared to 2020.

The percentage of households that cannot afford to keep their homes at a reasonable temperature has also deteriorated, rising from 10.9% in 2020 to 14.3% in 2021.

CANARY ISLANDS AND ANDALUSIANS, FOR THOSE WHO HAVE THE HIGHEST COST TO MAKE THE END OF THE MONTH

The Canary Islands (15.2%), Andalusia (12.5%) and Murcia (11.8%) were the autonomous communities with the highest proportions of households reaching the end of the 2021 month with “major difficulties”. In contrast, the lower percentages are represented by La Rioja (3.1%), the Basque Country (4.6%) and the Balearic Islands (5.4%).

The Canary Islands (26.2%), Murcia (21.3%) and the Balearic Islands (20.3%) have the highest percentages of households in default of payment for their main residence or hire purchase. In contrast, La Rioja (8%) and País Vasco (8.8%) recorded the lowest values.

- Advertisement -
Share
Facebook
Twitter
Pinterest
WhatsApp
Previous articleThe case of the professor who had to be escorted to the University of the Basque Country because of bullying by classmates: “I’m afraid they’ll throw me down the stairs”
Next articleRebecca Mir makes “Matrix” a first hit