The avalanche remains in the first place; Capitals, Predators improve 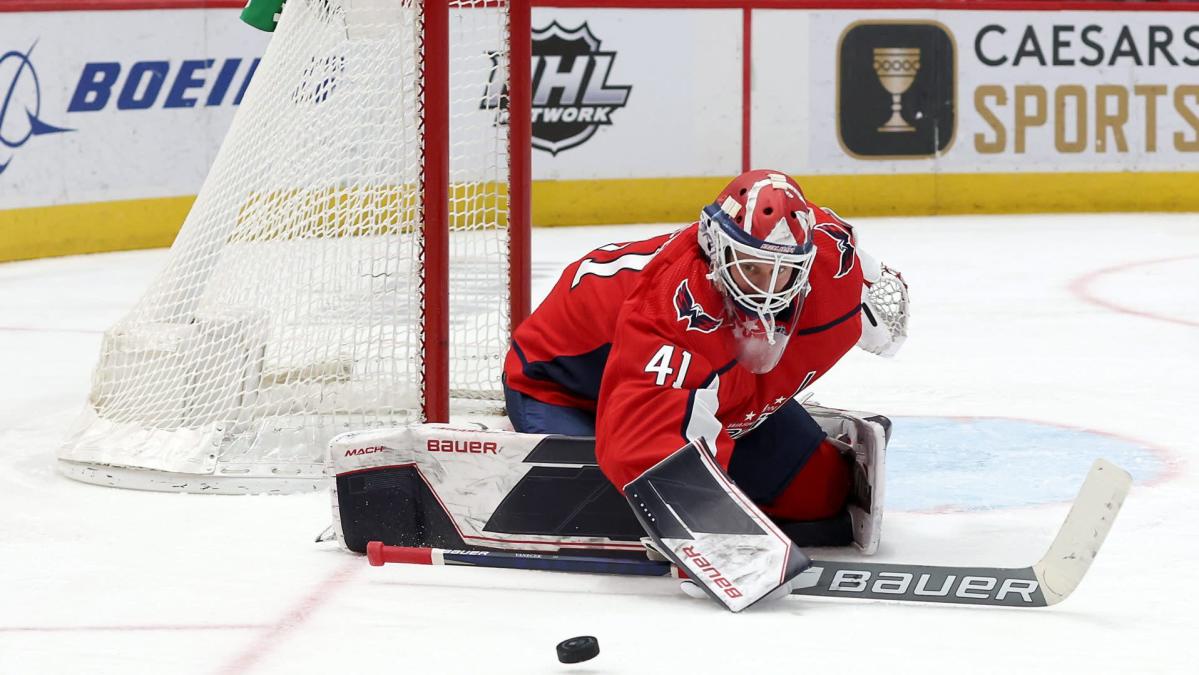 In this week’s edition of the NHL Power Rankings, the Colorado Avalanche maintain their place at the top despite a growing injured list that now includes Gabriel Landeskog and Samuel Girard. They are in a tough race with the Carolina Hurricanes (who remain in second place) for the Presidents’ Trophy.

There aren’t many big changes in this week’s top 10, but the Washington Capitals and Nashville Predators made some nice jumps this week thanks to their improved play in recent weeks.

The Capitals could be getting enough goalkeeping from Vitek Vanecek to allow them to look for other upgrades at the trade deadline, while the Nashville Predators are getting a big turnaround from Matt Duchene’s season to help further cement their playoff spot.

We look at all that and more in this week’s rankings.

Where does your team sit?

To this week’s NHL Power Rankings!

1. Colorado Avalanche (Last week: 1). Injuries to Landeskog and Girard are going to hurt, but their cap situation could open up for a big addition before the NHL trade deadline (depending on how long Landeskog is sidelined).

2. Carolina Hurricanes (LW: 2). They are reportedly close to an eight-year contract extension for Jesperi Kotkaniemi. It could be a big win if he turns out to be the player they expect, but also a bit of a risk if he doesn’t.

3. Florida Panthers (LW: 5). His offense is ridiculously good. He has scored at least five goals in 25 of his 59 games this season. That’s almost half of his games.

4. Tampa Bay Lightning (LW: 3). Andrei Vasilevskiy is so good that a .918 save percentage seems like a “low” year for him. It’s not really a low year.

5. Calgary Flames (LW: 4). This is a very good team, and as long as Jacob Markstrom continues to play like this, they will continue to be a very good team no matter how the rest of the lineup plays. He already has nine shutouts this season.

6. Pittsburgh Penguins (LW: 6). Their last seven games have come against some of the best teams in the league and they are 5-1-1 with 11 of a possible 14 points during that stretch.

7. Boston Bruins (LW: 7). This team lurks in the shadows and looks like the kind of team that will end up in the Eastern Conference finals before anyone realizes how good they’ve been.

8. New York Rangers (LW: 8). They are 29-7-3 when Igor Shesterkin is the goalkeeper of record. They are 8-10-2 when he is not. They are Colorado when Shesterkin plays. They’re Chicago when he’s not. Talk about a good news, bad news situation.

10. Washington Capitals (LW: 14). The Eastern Conference is so good that this team is the eighth playoff team in the conference. Vitek Vanecek could be easing some of his goalkeeper concerns.

11. St. Louis Blues (LW: 10). Their offense is legit, and if Ville Husso is in goal, they won’t go quietly. He still needs an upgrade on defense.

12. Los Angeles Kings (LW: 11). Injuries have really spiked for this team recently, but that was a really impressive win against the Florida Panthers with so many players out of the lineup.

13. Nashville Predators (18). Matt Duchene very quietly has 31 goals this season. Did you know that? Now you do.

14. Wild Minnesota (LW: 13). They’re probably not in great danger of missing the playoffs, but they’re probably closer to the bubble than they expected at the start.

15. Dallas Stars (LW: 12). Miro Heiskanen’s absence is going to be significant and will probably guarantee that John Klingberg won’t be traded. Assuming the playoffs are still their goal (which they should be). Joe Pavelski’s one-year extension was also smart business.

16. Edmonton Oilers (LW: 17). Back-to-back wins against Washington and Tampa Bay were significant, especially with Detroit, Buffalo and New Jersey ahead. The key is not to waste that opportunity with those three games.

17. Vancouver Canucks (PE: 16). Hot take: They shouldn’t trade anyone and just see what these guys can do the rest of the way.

18. Vegas Golden Knights (LW: 15). This is starting to be concerning for his playoff chances. Injuries are a problem, for sure. But a lot of top teams have played a lot of games without a lot of top players this season and they’re not in this spot. Mark Stone is great. It’s not so big that the whole operation falls apart without it.

19. Winnipeg Jets (LW: 19). The expectations for this were higher than this result. They should have been taller. This team should be better than this.

21. San Jose Sharks (LW: 26). They really missed Erik Karlsson when he was out of the lineup. A lot. Different team with him there.

22. New York Islanders (LW: 23). I wonder what they will look like with a fresh start and a more normal season next year. The goal remains legitimate.

23. Montreal Canadians (LW: 24). The difference between day and night in the performance of this team (both at the team level and at the individual level with the young players) is amazing. Cole Caufield and Nick Suzuki look like the players the Canadians have hoped they would be since the change of coach.

24. Anaheim Ducks (LW: 21). It’s time to sell the pending free agents and get what you can. Still a promising future here.

25. New Jersey Devils (LW: 25). They have some key pieces in place, but progressing in this division is tough.

26. Detroit Red Wings (LW: 22). Their performance in the second half may be a bit disappointing given the way they started, but this young core still looks strong. Especially now that Jakub Vrana is back and scoring goals.

27. Ottawa Senators (LW: 27). There are some good building blocks here, but the question marks still outnumber the positive ones.

28. Chicago Blackhawks (ES: 28). Just get it over with and start the full-scale reconstruction.

29. Philadelphia Flyers (LW: 29). Trading a first-round pick for Rasmus Ristolainen and then re-signing him for five more years isn’t the key.

30. Buffalo Sabers (LW: 31). Beating Jack Eichel and the Vegas Golden Knights thanks to the players they traded for him (Alex Tuch, Peyton Krebs) is probably the highlight of the season for the Sabers.

32. Seattle Kraken (EP: 31). It’s just not the debut season that anyone expected this year.

adam gretz is a writer for Pro Hockey Talk on NBC Sports. Drop him a line at [email protected] or follow him on Twitter @agretz.