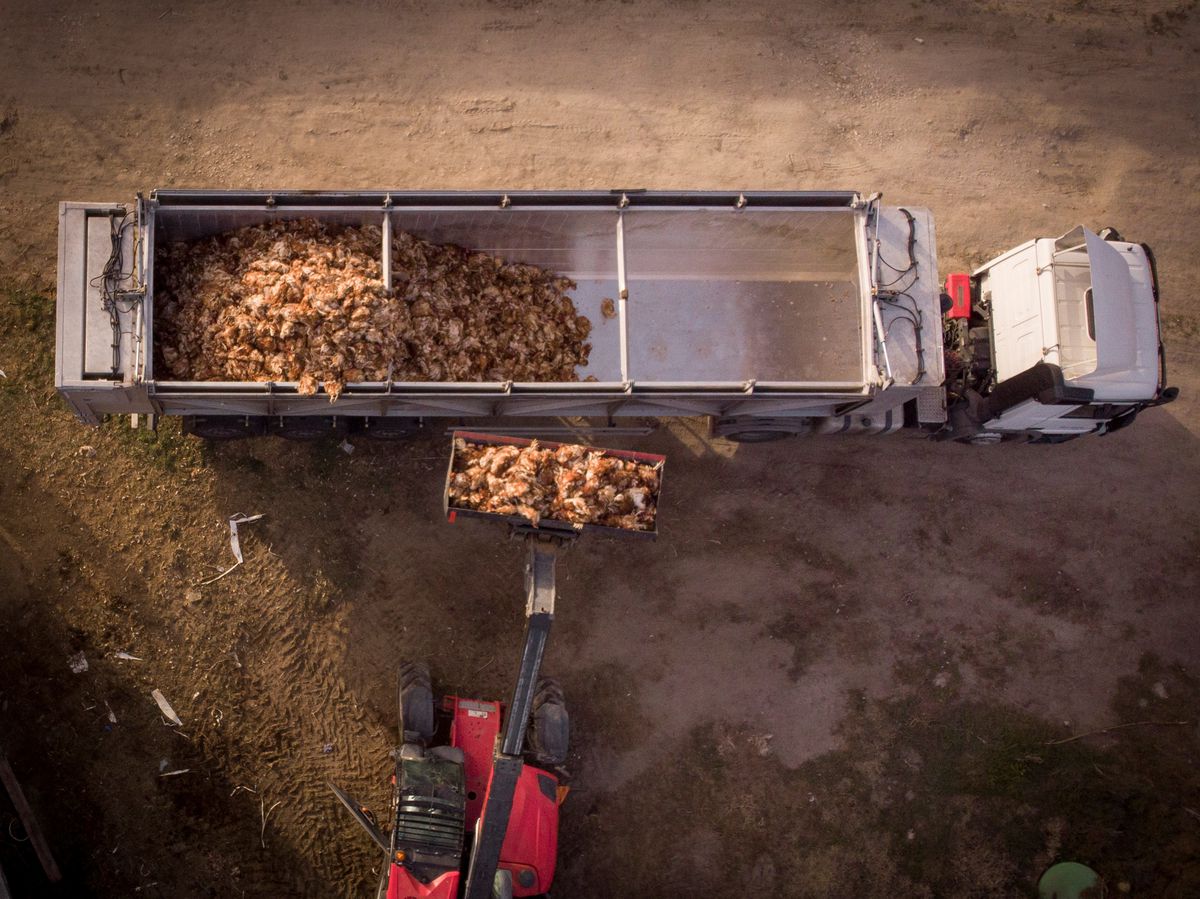 Confirmation that there are wild birds infected with avian influenza in the municipalities of Madrid (two peregrine falcons found dead in the area surrounding the Museum of America) and San Martín de la Vega (five geese and three ducks), the community has been led by Madrid to order restrictions in nine locations in the region, including the capital, as reflected a resolution published in the regional Gazette this Wednesday. Since the first outbreak of highly pathogenic influenza was detected in the region in February, a dead duck was found in the Pedrezuela reservoir (Guadalix de la Sierra), other cases have been reported in Tres Cantos, Móstoles, Gargantilla del Lozoya-Pinilla de Buitrago, Alcorcon and Leganes. As a result, hundreds of animals have died: the virus killed 90 geese, five Egyptian geese and a mallard in just one park in Móstoles. The plant was closed for this reason, like another in San Martín de la Vega with 47 dead wild birds.

The challenge now is to prevent the spread of the virus and prevent wild birds from infecting farm birds and later sacrificing hundreds of thousands or millions of specimens for health and food safety reasons.

The Community has banned the following activities in the capital Pozuelo de Alarcón, Leganés, Coslada, San Martín de la Vega, Valdemoro, Ciempozuelos, Titulcia and Morata de Tajuña until the end of the month: duck and geese farming together with other poultry; that these are raised outdoors; or that they are supplied with water from open-air reservoirs accessible to wild birds. In addition, the Department of the Environment mandates extreme biosecurity measures on poultry farms of all types, minimizes visits to facilities, and employs cleaning and disinfection protocols for vehicles and people.

Not transferrable to humans

“Highly pathogenic avian influenza causes systemic disease and is extremely contagious, with high mortality within 24 hours in commercial poultry farms,” ​​says the government document containing these measures. “So far there is no evidence that the H5N1 subtype that has afflicted Europe in recent months has significant zoonotic capacity, meaning its ability to be transmitted to humans is very low,” she adds. “In any case, this virus cannot be transmitted to humans through cooked poultry meat, eggs or processed products derived from them.”

Avian flu hit farms like never before in Spain in 2022, where since January more than 1,150,000 birds at 30 farms have had to be slaughtered because of influenza outbreaks, according to Agriculture Ministry data. Up until last week, when the ten infected birds emerged from the capital and San Martín de la Vega, six outbreaks were identified in Madrid: the Guadalix swamp (a duck); Tres Cantos (a swan and a goose); Móstoles (120 geese, one mallard and nine Egyptian geese); Lozoya and Pinilla de Buitrago (a mallard) choker; Alcorcón (a mallard) and Leganés (five geese and one Egyptian goose).

In recent years, Spain has almost completely recovered from the effects of bird flu, which has hit Europe very hard. But in January, the first case was detected at a turkey farm in the Segovia town of Fuenterrebollo, forcing the killing of 18,900 animals. Since then there have been a number of cases, mostly affecting the south of the peninsula; Seville and Huelva with the provinces with the farms most affected. And now also in the Autonomous Community of Madrid.