The art of forging is still in its heyday 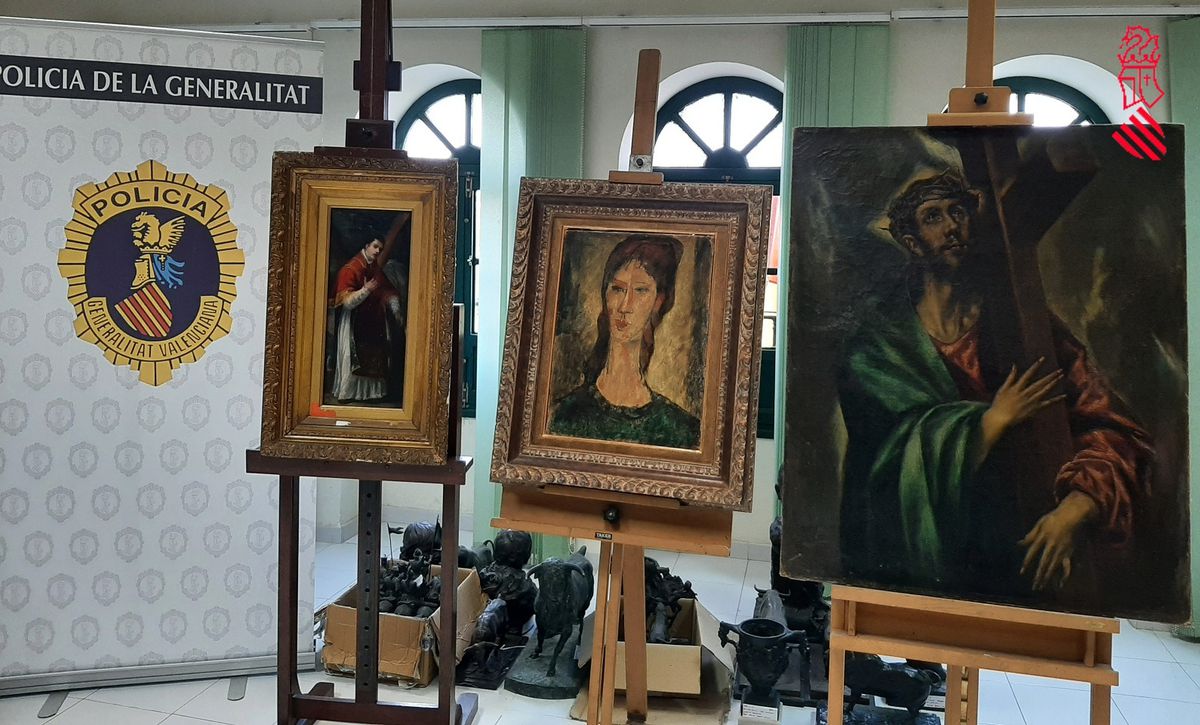 The history of art is the history of a forgery. The more money the market moves, the more fraudulent works appear. The drains of political time also help. After the fall of the Iron Curtain and the end of the former Soviet Union, there was a tidal wave of fake Russian Constructivist paintings. The West wanted them and the lack of documentation of the works was justifiable in a cracked empire. “Some Eastern European art historians were willing to certify anything for money,” says Kilian Anheuser, scientific director of Geneva Fine Art Analysis, an expert laboratory for authenticity testing. “To this day, Russian art of the early 20th century remains highly problematic.”

The real framework in which cheating occurs is a mix of time and money. The memory of the forger and the yearning of the collector. Amedeo Modigliani became fashionable after his death (1920) and fakes began to appear. The “good” counterfeiter is clever. Balance effort and profit. A drawing on old paper takes minutes. Preparing an oil painting on the right canvas – with the right technique and the right pigments – takes a long time. In return, he promises high profits. Another option is to get a vintage painting and add your signature. And the last way is the “pastiches”. For example, combine different fragments of archaeological ceramics into a new work. “In Naples it was very common to use marble from the underground and the catacombs for manufacture hard stone tables 17th century. The only way to discover reality is to analyze the glue used to join the different parts,” reveals antiquarian Nicolás Cortés. Everything is falsifiable. In Spain, following the ban on the ivory trade, there has been an avalanche of pseudo currents trying to resemble a Hispanic-Filipino school or something. There are also mistake blush, how Goya’s workshop. The genius never had it.

Although the most common fakes — reveals Kilian Anheuser — combine a seemingly simple technique with a high value on the artist market. “There are countless forgeries of the first abstract paintings and of creators such as Jackson Pollock, Picasso or Modigliani”. But one of the most “spectacular” in history is the so-called Spanish master (the spanish teacher). Nobody knows his name. But EL PAÍS managed to position itself in the world of first-class antiques in Barcelona between the mid and late 20th century. Even the German broadcaster DW dedicated a documentary to him in 2014 (The Mystery Conman). His forgeries of Roman antiquities have been circulating in museums and auctions for decades. Impressive portraits of Caesar or Alexander the Great. The system was awesome. For the sculptures he cast bronze sesterces, which he covered with an age patina.

But fakes happen in the past and in the present. In mid-June, the director of the Slovenian National Gallery, Pavel Car, was forced to resign after an investigation revealed that 160 works – by Picasso, Degas, Munch, Turner, Chagall, Van Gogh or Matisse, among others – were loaned by the Boljkovaca family ( hoarded by the missing Croatian Interior Minister Josip Boljkovac between 1990 and 1991) were, at least in large part, obviously false. If they were authentic, they would have exceeded 1,000 million euros.

At the end of the month, the FBI confiscated the 25 works from the exhibition attributed to Jean-Michel Basquiat at the Orlando Museum of Art (Florida). heroes and monsters. The quality and provenance of the pieces raised suspicions. Farewell to a 100 million euro deal. A week earlier, a Palm Beach dealer was accused of selling Basquiat, warwoods, matisses Y Lichtenstein NOT CORRECT. The new golden age of counterfeiting? Auction house Christie’s denies this. “We haven’t seen any increase (…), and scientific research has developed a lot in recent years,” defends a spokesman. “My gut feeling,” says Martin Kemp, professor emeritus of art history at Oxford University, “says that recent art is more likely to be forged.” The Old Masters are “more susceptible” to scientific evidence.

Current cases (behind the famous Elmyr de Hory) such as that of Wolfgang Beltracchi and his wife Helene, who in 1993 started making hundreds of fakes that made them rich before it cost them six and four years in prison in 2011, respectively those of the legendary New York gallery Knoedler, which sold for 17 years coalfish Y Rothkos fictional for $80 million (it closed in 2011), show that cheating is part of the art ecosystem. Even actor Alec Baldwin is producing an eight-episode podcast titled art fraud. In the trailer you can hear: “The best fakes are still hanging on people’s walls. They don’t know, they don’t even suspect, that they’re fake.”

Not even the Prado Museum is immune. In the nineties he took off two canvases (the decapitation Y the campfire) bought as goyas. The Aragonese genius is one of the most forged artists in the world. In the 19th century, some “posts” were even erected in the Carrera de San Jerónimo, where one could “find” them. Young painters created violent and small-format paintings. The big ones would have figured out the trick. Another complicated moment was the legacy of Catalan politician Cambó. In 1940 he donated musical angel, a small fresco attributed to the Renaissance painter Melozzo da Forlí (1438-1494). It was the only one that existed outside of the Vatican. An expert from the museum brought it there. And he showed it to Gianluigi Colalucci (1929-2021), who directed the restoration of the Sistine Chapel (1980-1995). It was salvaged. But he never confirmed his attribution. Also discarded was a self-portrait by Rembrandt received in 1941, the counterfeit fabrics are robes worn by ghosts from a bygone era.

The impunity of the wrong

There are no specific criminal offenses for the counterfeiting of works of art in the Spanish legal system. There are two options: set them as intellectual property crimes or fraud. The latter perhaps requires a closer look. There must be deception and what lawyers call “patrimonial displacement” must take place. In other words, the goal is to make a profit. In the art market, the usual ways of constructing this deception range from the obvious (signing a painting) to the most complex staging to deceive the victim. The case law takes into account the diligence of the buyer when purchasing. “Despite the fact that the volume of forgeries is not negligible, according to the artists, there is also no evidence based on published statistics showing that there are a large number of criminal convictions,” legal sources note. The law paints little.