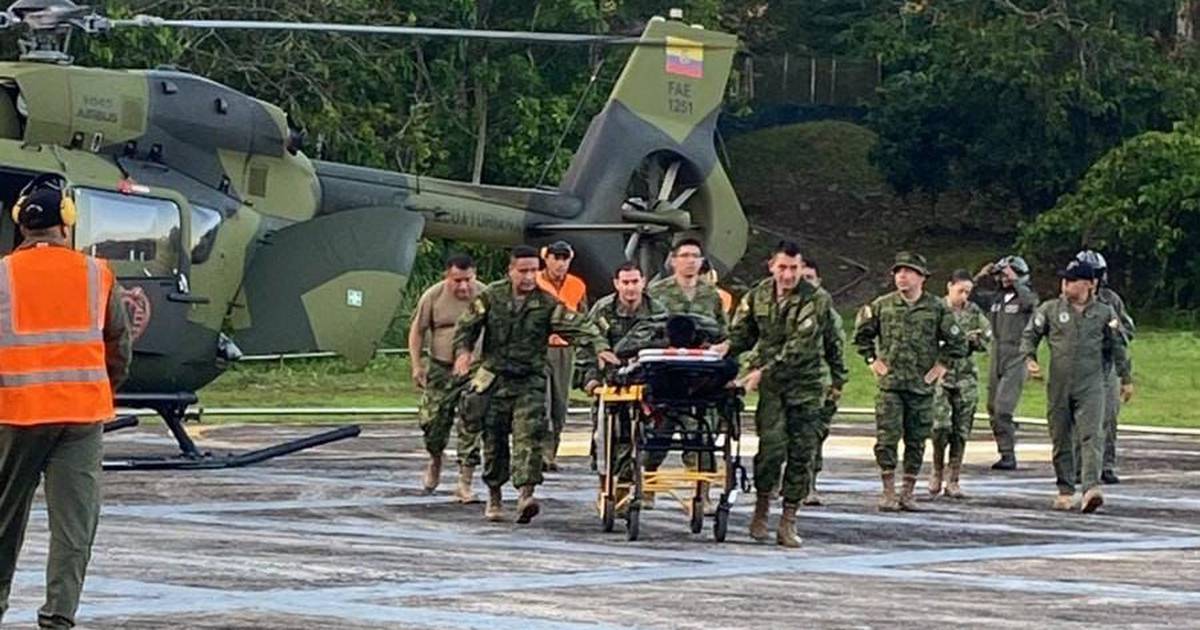 The Joint Armed Forces Command gave a press conference on the deadly event that happened in succumbs early this Tuesday, June 28. At this point, one soldier was killed and several other men in uniform were injured.

According to the head of the Joint Command, the convoy was carrying 17 diesel fuel tankers from Shushufindi at ITT. In the November 18 sector, they were intercepted by groups armed with firearms.

As a result of the attack, one soldier died and seven members of the armed forces were injured. In addition, five police officers were also hit; a truck belonging to Petroecuador was set on fire.

“We reject terrorist acts committed by outlaw armed groups. Those affected were transferred to the military hospital. We call for immediate action to identify those responsible for these acts.

“The armed forces will continue to act with firmness and determination to confront these violent groups,” he added. they finished.

In the footage, you can see how the crowd surrounds military personnel as a bonfire burns near them. The murder occurs when the dialogue between the five powers of the State and the representatives of the indigenous communities is restored on the sixteenth day of shutdown.

Interior Minister Patricio Carrillo explained that he attributes this violent outbreak to CONAIE. “The antithesis of the rule of law. Degradation means that few want to impose their will. A society that does not react with the administration of justice is doomed to live in permanent suffering,” wrote.

“My solidarity with the Sgop family. José Chimarro, soldier murdered this morning”, condemned via Twitter.