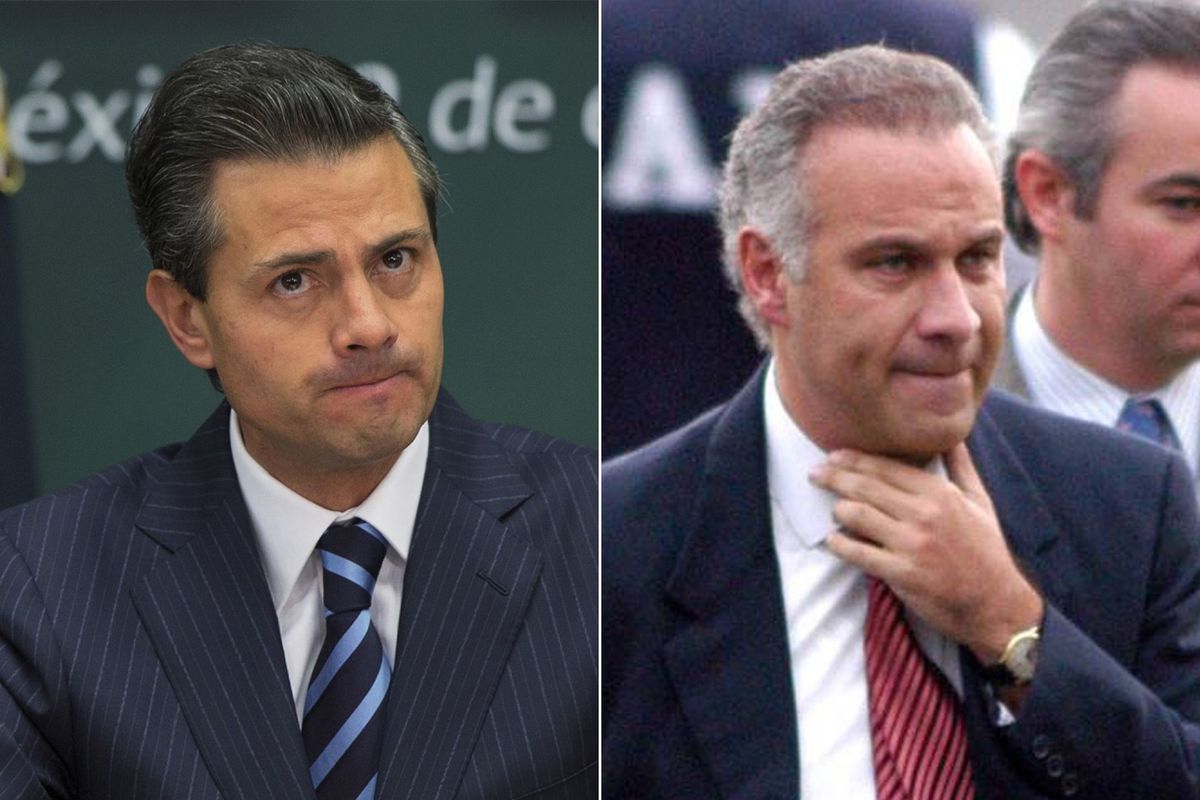 The Andorran police are accusing Juan Ramón Collado, lawyer for former Mexican President Enrique Peña Nieto (2012-2018), of the Institutional Revolutionary Party (PRI) of torpedoing the money laundering investigation that a court of the Principality of the Pyrenees has ordered since 2016, where the lawyer hid $111 million (€109 million) across a network of 24 accounts.

The researchers, in a compelling confidential report dated December 2021, to which EL PAÍS had access, criticize that Collado put “pressure” on the Andorra government to secure the release of its funds.

The agents also criticize that the former president’s lawyer asked the European country’s attorney general’s office to investigate and freeze the assets of the police officer who tracked his movements in Andorra because his reports were “biased”. “The lawyer’s lawsuit was intended to put pressure on investigators to stop the work entrusted to them,” says the report, which is embedded in the investigation by Andorran judge Stéphanie García.

Analysis of Collado’s financial framework in the European country has revealed impressive moves. The lawyer received three receipts from Banca Privada d’Andorra (BPA) between May and November 2010, valued at $894,960 (€872,501), from Gustavo María Saavedra Ordorika, the director general of Industry, Environment and Natural Resources, and his wife Mayda Maria de Guadalupe Guerrero Uriegas.

Collado also used the internal wire to pay a total of $450,000 in December 2008 to attorney Juan José Salinas Pasalagua, nephew of former Mexican President Carlos Salinas de Gortari, between 1988 and 1994.

Peña Nieto’s lawyer used his CV from the Dutch company Turinga for the payment. And he told the bank that the money from Salinas Pasalagua, who threatened to become a PRI candidate for Puebla in 2014, was the result of a commission for brokering the sale of a company linked to Mexican communications group Grupo Radio Digital Siglo XXI. Andorran police questioned the operation. “The operation has no justification and does not make it possible to know the origin of the funds,” the investigators said.

Salinas Pasalagua opened a BPA encrypted account in April 2008 under the code “441984 Madrigal”. At the opening, he assured the bank that he was a law graduate and a shareholder in two Mexican companies. His account also received funds from internal transfers of deposits controlled by the BPA, which in turn were fed by Mexico’s Tiber currency exchange.

A mechanic criticized by the Andorra Police. “The use of these accounts of exchange offices and the concentration of payments makes it possible to lose the traceability of funds and facilitates opacity,” indicate the researchers, who in previous reports recall the Mexican Carlos Djemal Nehmad, one of the shareholders of the stock exchange house Tiber, was sentenced to six years in prison by the New York Southern District Court in 2018 on charges of $20 million in fraud.

The BPA opened the encrypted account for Salinas Pasalagua in 2008, although the investigation found him to be a Politically Exposed Person (PEP), as financial jargon refers to officials, relatives or former leaders who are likely to have received tainted funds for corruption.

The new investigation casts further doubts on the legitimacy of the $111 million that Collado contributed to the BPA through 2015. The agents dismantle the statements the lawyer gave to the Andorran judge proving his assets and question that his assets originated from a business and professional activity.

Collado assured the instructor that the money he was putting into the BPA came from profits from his Mexico City law firm, C&A Collado y Asociados, and the Prenda Oro pawn shop, founded by his father in 1999. A business with 66 branches, which – as he explained to the magistrate – generated an income of 84 million dollars (82 euros) in 15 years.

The Andorran police question these figures “after holding numerous telematic meetings with the Attorney General of the Republic of Mexico” and analyzing the tax returns of those under investigation.

EL PAÍS has tried unsuccessfully to obtain the versions from Collado’s lawyer in Andorra, Ordorika and Salinas Pasalagua.

The agents point to Mexican lawyer Jaime Jesús Sánchez Montemayor as one of the front men Collado used to hide his funds in Andorra.

Collado now has more than $99 million in Vallbanc, the company that inherited the untold assets of BPA following its intervention in March 2015 for alleged involvement in money laundering from criminal groups.

Andorran police insist in their latest report that Collado was able to transfer his BPA funds to Vallbanc after finding an “ally” in the PGR with whom he “managed to deceive the Andorran judiciary”. Investigators cite the move the Mexican State Ministry made in 2018 by issuing an exculpatory report justifying the legality of Collado’s money in Andorra, releasing his funds and forcing the investigation to be archived. The case resumed after Collado was arrested in Mexico in July 2019 for organized crime and money laundering, similar crimes he was under investigation for in the Principality of the Pyrenees.

Previous articleGrey’s Anatomy season 19: Start date and new addition to the cast known!
Next articleFeijóo is wrong in the Senate and votes for the reform of Sánchez’s TC, which the PP blames on human error