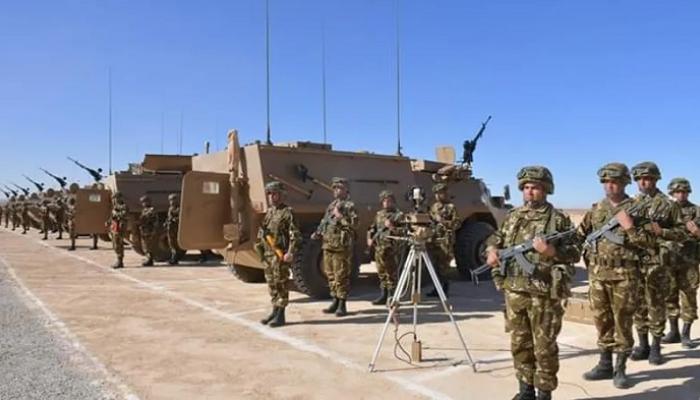 A qualitative operation that could disrupt all the security data related to the fight against terrorism in Algeria, after ending the “last” terrorist group in the north of the country.

Well-informed Algerian security sources revealed to “Al-Ain News” that “the army carried out a qualitative military operation in the east of the country”, during which it was able to “detain 7 terrorists and liquidate another” in the high mountains. Skikda Governorate, eastern Algeria.

According to the same sources, the qualitative military operation took place after “very precise intelligence information”, which allowed the Algerian army “to eliminate the last terrorist group operating in the coastal areas of the country”.

According to information obtained by Al-Ain Al-Akhbar from Algerian security sources, the military attack took place in the context of a large-scale military operation led by the army some time ago in the heights of the Jijel and Skikda governorates, which are known to be active terrorist groups affiliated with the so-called “Al-Qaeda in the Maghreb”.

On February 19, the Algerian army dealt a blow to the remnants of terrorist groups in the east of the country, after it managed to eliminate 7 dangerous terrorists in the heights of the Skikda governorate, in a military operation that confirmed the “Defense Algerian”. as “still going on”.

A statement from the Algerian Ministry of Defense said: “According to the ongoing search and sweep operation in the Wad El-Douar forest near Bani Zeid municipality, El-Goul district in Skikda state in the 5th military district, in which 7 terrorists were eliminated, resulted in the identification process of the eliminated terrorists, most of whom joined terrorist groups more than 15 years ago.

The heights of the provinces of Jijel and Skikda, in eastern Algeria, were among the most bastioned by terrorist groups since the 1990s, known as the “black decade”, which was affiliated with the “Army Terrorist”. for Salvation”, which is the military arm of the outlawed “Salvation Front” Brotherhood which caused the deaths of around a quarter of a million Algerians.