The activist Luz Estella Romero sees Colombia as a feminist reference, despite the breach of peace agreements 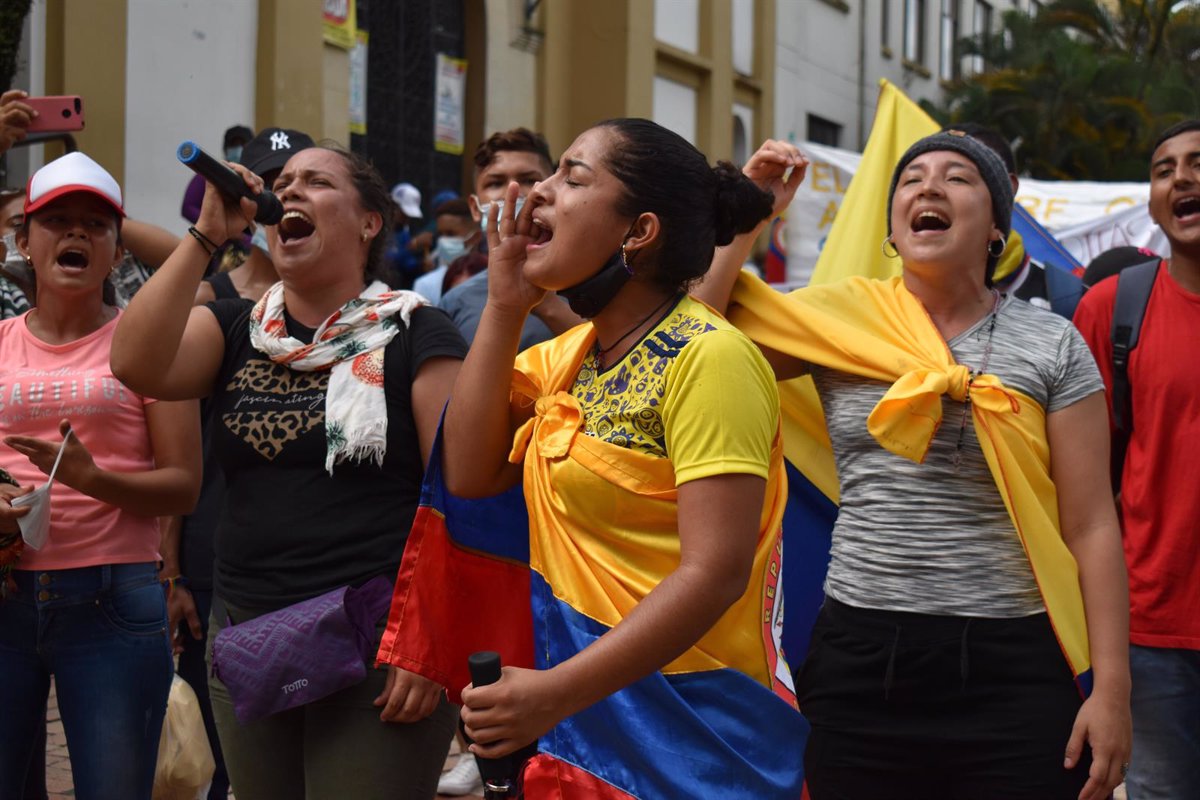 He praises the presence of two women candidates for vice presidency, but asks for attendance “above quota”

In recent years, the feminist struggle in Colombia has made progress in relation to justice and abortion, achievements that make the country one of the points of reference for the rest of the Latin American region, although in recent years it has not been guaranteed compliance with the peace agreements and its women-related sections.

In an interview with Europa Press during a meeting on armed conflict and respect for human rights at La Casa Encendida in Madrid, Colombian activist Luz Estella Romero highlighted the progress made in the South American country thanks to the work of feminist movements.

“We won anti-abortion judgments, justice for women victims of armed conflict (…) It’s a benchmark that serves the continent, which is still building its own perspective,” Romero said, using that point to turn to accuse the state of non-compliance with the peace accords.

The Colombian government of then-President Juan Manuel Santos and the Revolutionary Armed Forces of Colombia – People’s Army (FARC-EP) signed agreements in 2016 in the Cuban capital Havana that ended decades of conflict that prevented peaceful democratic expression in the country.

Among the inscriptions of the agreement, one is devoted to reparations for the victims of the conflict, an issue on which there are still no tangible results for the communities most affected. Therefore, “progress far below the compliance with the peace agreements” is perceived.

Due to the lack of efforts by the authorities and the existing food and humanitarian crisis in the country, the Colombian population has also faced the outbreak of the coronavirus pandemic since 2020, generating a scenario in which what was agreed in 2016 suffers a “setback ‘ and an ‘escalation of violence by armed actors’ who continue to dispute the territories is beginning.

“The last five years have not been real progress, no effective reality seen in the communities but a return to a state of greater violence that is once again leading to displacement and massacres. It is painful and means hopelessness for the communities furthest from the territories,” lamented Romero, who believes the power of arms dominates much of the country.

Here, the activist has highlighted the gender awareness in particular, which has been implemented in a large part of society in a country where at least four million people are affected by the armed conflict, of which more than 52 percent are women.

Turning to politics and with the second round of presidential elections approaching, Romero lamented that one of the main consequences of the armed conflict had been the loss of women’s political participation.

But aside from an already weighty fact like the exclusion of women from political decision-making, Romero has also denounced an attempt to erase and discredit the feminist agenda, although he acknowledges the presence of two women running for the vice presidency.

In this sense, and despite the progress made due to the fact that Francia Márquez and Marelen Castillo are running hand-in-hand with candidates Gustavo Petro and Rodolfo Hernández for the vice-presidency, he has warned that women’s participation in politics “must go beyond that goes beyond covering “quotas” within parties or using them to win women’s votes.

It is true that Romero made an exception and indicated that Márquez could be “the case” of an activist and defender of women’s rights, and with it her career, in the fight for ecofeminism and reparation for women affected by the armed conflict , highlighted.

Leaving aside the female faces as “number two” of the main candidates, however, he has warned that it would be “unfortunate” for Colombia if a person “indicted by the judiciary” claimed victory on Sunday, in an indirect nod to Hernández and the “Vitalogic case” in which he is accused of the crime of improper interest in entering into contracts during his tenure as head of the Bucaramanga Mayor’s Office.

“It’s already had outbreaks of illegality and illegitimacy. This would be an institutional crisis in itself. It’s not a favorable scenario, no matter how populist or not (the candidate) may be, where I won’t enter,” he said, warning that Hernandez’s win would be “a very bad scenario.”

He also criticized that the far-right candidate, whom some Colombian political experts are comparing to former US President Donald Trump, had suggested using a “state of shock” to “restrict freedoms in a country where they are already restricted”.

“This will only exacerbate situations of violence and crime that women, boys and girls are already suffering in more remote territorial areas, where there is repression that cannot be tolerated (…). ‘ has complained.

Finally, the activist alluded to one of the cases that the organization to which she belongs, Colectivo Mujeres al Derecho (COLEMAD), was able to win before the Colombian judiciary. This is how Romero celebrated the favorable verdict in a “paradigmatic case at the national level” over the return of land to a woman.

The organization legally represents women who have been victims of forced evictions or violations of humanity, such as B. in the case of forced land expropriation, either by armed means or by legal means, which in this case are carried out by the state itself.

Romero has stated that the verdict, which was announced this week, represents “a gender justice achievement” for the woman who has particularly benefited, but it is also a resolution that can be considered a “national-level reference”.