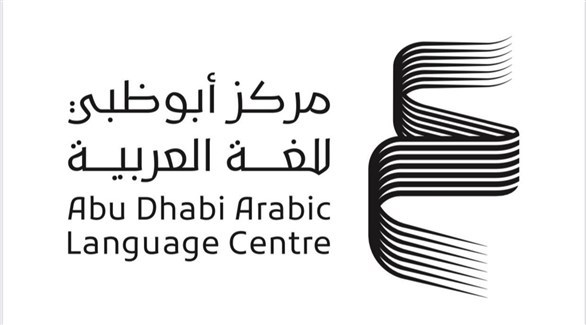 The Abu Dhabi Center for the Arabic Language, the Abu Dhabi Department of Culture and Tourism, launched the first cycle of the “Generation Treasure Award” to honor Nabati’s poetic works, folklore studies and research awarded to scholars and creators who submitted works that dealt with heritage related to Nabati poetry and its authentic values.

The award, whose name is derived from one of the late Sheikh Zayed’s poems, may his soul rest in peace, is inspired by the poems of the founding father, the late Sheikh Zayed bin Sultan Al Nahyan, in an effort to raise the status of poetry as a mirror of society and the place it occupies in the Emirati and Arab consciousness.

On this occasion, Dr. Ali bin Tamim, Chairman of the Abu Dhabi Arabic Language Center, said: “The interest in Emirati folklore and heritage associated with Nabati poetry is rooted in the country’s history, from its founding In the hands of the founding father, the late Sheikh Zayed bin Sultan Al Nahyan, and the wise leadership completed the march of this intense interest, today we launch the Generation Treasure Award, through which we intend to inspire your additional wisdom to promote feelings of belonging and national identity among children, adolescents and young people through their poems, which are a heritage that must be preserved and protected.

The Generation Treasure Award honors distinguished poetic experiences through the publication and presentation of its owners. The award will highlight the aesthetic and human values ​​in the Arab and Emirati consciousness of the late Sheikh Zayed’s poems, as well as the preservation of Nabati-related heritage arts. poetry, to enhance the identity of the generations by linking them to their poetry, culture and heritage, as well as interest in the arts closely related to Nabatí poetry.

Through the award, and through the allocation of special sabbatical scholarships, the late Sheikh Zayed bin Sultan Al Nahyan’s poems will be translated into living languages, in addition to the translation of influential and inspiring Nabataean poetic texts.

The “Treasure of the Generation” award will include 6 different branches, which are “poetic matching”, which will be awarded to the poem that is distinguished by its ability to match one of Sheikh Zayed bin Sultan Al Nahyan’s poems, in meter and rhyme . , and the “creative personality”, which is awarded to one of the personalities who made outstanding and effective creative contributions in Nabati poetry and its studies, and in the fields of music, singing, drawing and calligraphy, “arts “, which will be awarded to a work of art that uses visual and technical tools to read, interpret and embody the poetry of Sheikh Zayed and Nabati poetry, such as Arabic calligraphy, fine arts, short film or lyrical work.

The prize of the fourth branch, “Studies and Research”, is awarded to studies on Nabati poetry, as long as it approaches the methods, content and lexicon of this poetry in a scientific manner and with a serious research approach.

The fifth section will be dedicated to “Poetic Publications”, whose prize is awarded to a divan of Nabataean poetry that enjoys originality, in form and content, and constitutes a qualitative contribution to this poetic field.

The sixth and last section is “Translation.” The prize will be awarded to works translated into one of the living languages ​​of Sheikh Zayed’s poetry, or to a work that has rendered great service in translating and translating Arabic poetry into other languages. .

The total value of the six legs of the prize amounts to 1.5 million UAE dirhams. The general conditions of the award include the possibility that the creators nominate one of the five branches of the following entities, the creator personally, literary unions, cultural institutions, universities, and three personalities of literary and intellectual prestige. As for the nomination for the “Creative Personality” branch, it is through academic, research and cultural institutions, and the award’s senior committee, which is composed of experts and specialists in the field of Nabati poetry and heritage culture. .

The conditions also include that the candidate has actively contributed to the enrichment and development of the local and Arab poetic, critical or artistic movement, and that the nominated works reach a high degree of originality and innovation, and represent a true contribution to the culture and being human. knowledge, and the candidate has the right to submit a single work for any of the branches of the Award.

The nominated work does not have the right to be nominated for another award personally or by proxy in the same year, apart from the nominated works being written in Arabic, except for the translation branch, where the award is given to translated poems from Arabic into other languages, and studies may be presented in other living languages.