The 300 million deal. Who benefits most from the sale of Halland? 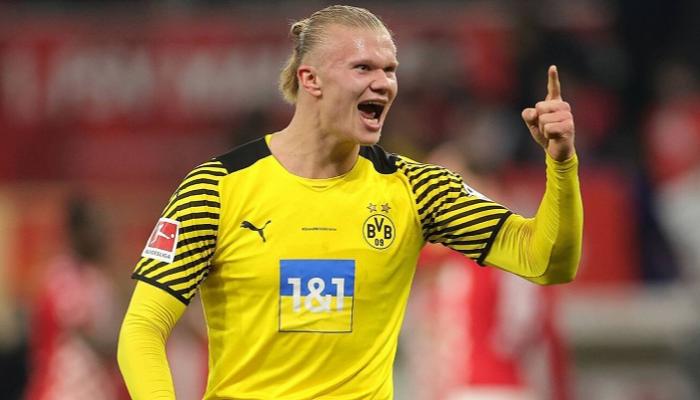 German club Borussia Dortmund are close to losing top scorer Erling Haaland at the end of this season, despite his contract until the summer of 2024.

The 21-year-old has recently been linked to a number of big European clubs, led by Real Madrid and Manchester City, while Barcelona appear to be out of the running following a hint from their president, Joan Laporta, in recent hours.

Real Madrid and City are struggling to kidnap the Norwegian talent in the summer, not least because he is one of the most outstanding young players to appear in recent seasons.

And the website of the German channel “Sport1” revealed that the Dortmund administration expects the young striker to lose at the end of the current season, although no notification has been received from the player or his agent so far.

The source indicated that the total value of the operation could reach 300 million euros, although the player could leave for only 75 million, which is the value of the penalty clause in his contract.

But this huge amount will not be recovered from the treasuries of Dortmund, but it is 175 million euros that Haaland himself will receive in the form of salary for the duration of the contract, which is expected to be extended by 5 years with his next club.

There is an amount of between 40 and 50 million euros that the new club will pay the player to his representatives, led by his father Alf Inge Haaland and the Italian agent Mino Raiola.

As for Dortmund itself, it will only receive 50 million euros of the value of the operation, while it will be obliged to pay 15 million to the Austrian club Red Bull Salzburg, which keeps a percentage of the value of the sale of its former player. in the future.

The German club will also have to give Raiola a €10m commission, making the Italian agent the biggest beneficiary of the deal, overtaking Dortmund in terms of expected earnings.