The 2022 Selectividad scores: from 93% approval in the Canary Islands and 94.5% in Madrid to almost complete success in La Rioja 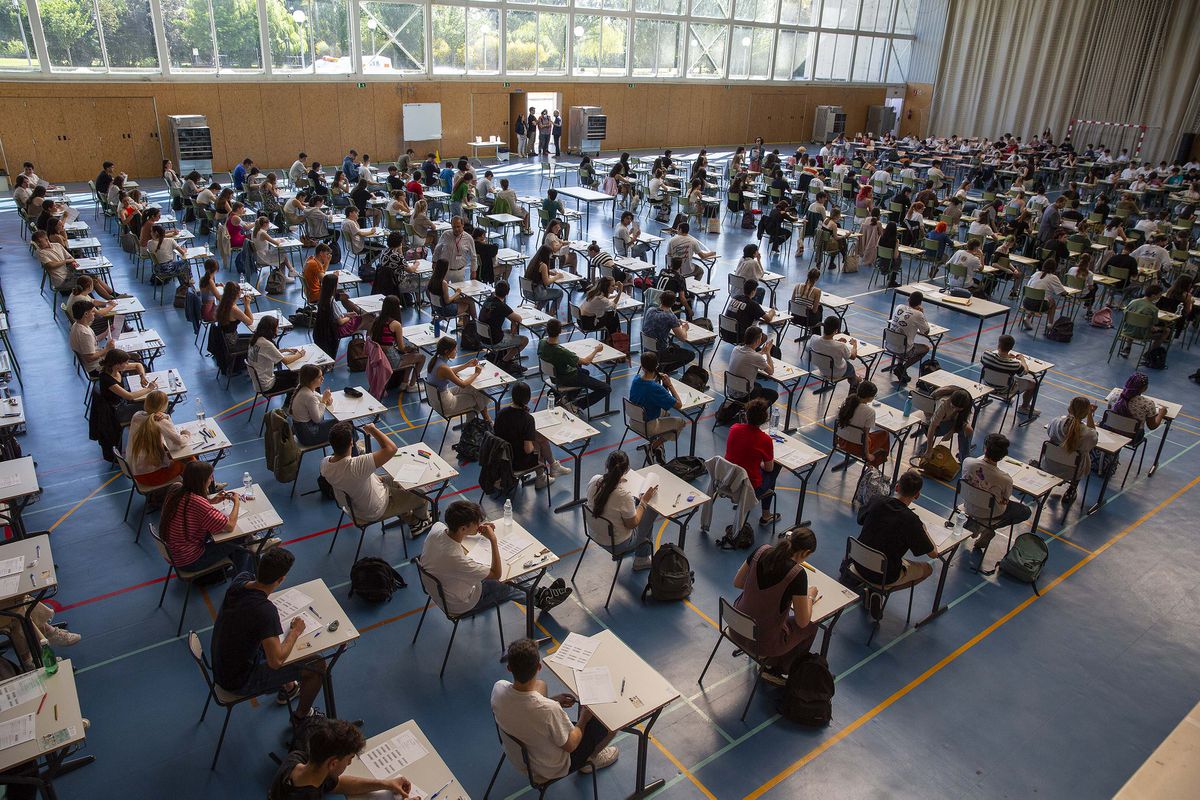 In La Rioja, this year the success of the regular call for the university entrance exams was almost complete: 99.36% of the baccalaureate graduates who sat the compulsory selectivity exams passed. These numbers may change slightly in the coming days as the application procedures for students who have requested a grade review in any of the subjects are completed. The same goes for La Rioja as well as for the Canary Islands, Galicia and Murcia, the municipalities with the lowest success rates of the 2022 Evau (with 92.92%, 92.94% and 93.1% respectively), around the results of Catalonia and ignorance of knowing Andalusia.

From now on and following the applications that will show the final results, the applicants will have to do the math to choose the races in which they will apply for a place. By clicking this link you can check the prescription dates on each municipality’s campus. And in this search engine, you will see last year’s court grades in all undergraduate programs.

The following is a summary of the results, in each community, of the ordinary call for Selectividad 2022, which for the third and final time, due to the pandemic context, has a simplified format that gives students greater freedom to choose the questions they wanted to answer:

Of the 33,663 students who started the selectivity tests 10 days ago, 31,819 passed, ie 94.52%. This number has remained practically the same, only a few tenths lower than last year: 94.94%. As usual, the percentage of success this year is higher among science students (96.94%) than the others: humanities (90.32%), arts (91.80%) and social sciences (91.81%). The highest grade corresponded to a person (his gender and identity are unknown for privacy reasons) studying at the San Juan Bautista Public Institute: he received a 10 in Ebau and had a high school average of 9.94.

95.04% of the 7,729 students who attended Castilla-La Mancha passed, a point and a half less than a year ago: 96.44%. The community has been the protagonist of one of the controversies this year around selectivity, due to a series of errors discovered in the Mathematics II exam that even prompted a reaction from the President of the Region, Emiliano García-Page. Through the campus, in Albacete, this time they approved 94.43%; in Ciudad Real 95.60%, in Cuenca 95.11%; and in Toledo 94.98%.

In the Region of Murcia, the percentage of admitted students has fallen by more than two points this year compared to last year: from 95.6% to 93.1%. The best mark in the general phase was obtained by Paula Piñero, a student at the Colegio Santa Joaquina Vedruna in Cartagena, and José María Moreno from the Diego Tortosa Public Institute in Cieza. Both are in first place with 9.99 out of 10.

99.36% of the second year high school graduates who took the Ebau in La Rioja were declared fit. Specifically, 1,397 of the 1,411 students enrolled in the compulsory phase of the exams were declared fit to study, 9 did not pass the exam and 5 students did not appear. It is the only community among those that have already published data, where the percentage of admitted students increased to 98.67% compared to the previous year. As for the results obtained, the average mark was 7,599, a value that was practically the same as last year, which was 7,554.

97.62% of the 12,107 students who took the University Access Assessment (EAU) at the University of the Basque Country passed the tests. A total of 11,819 students passed and the pass rate has decreased compared to last year when the percentage of people who passed the tests was 98.35%. By province, Bizkaia recorded the lowest rate with 97.14%: in Álava it was 98.26% and in Gipuzkoa 98.53%. The pass rate for students who take the tests in Basque is 98.45%, higher than the 94.95% for Spanish.

93.57% of the students from Extremadura who took the university entrance exams passed them. 96.04% of students received the pass in 2021 and 89.99% in 2020. The average mark for all subjects in this edition was 6.92 points compared to 7.14 in the previous year. The highest average mark in the subjects was recorded in Audiovisual Culture II: 8.88. The students with the highest mark of 14 (10 in the general phase plus four extra points thanks to the voluntary exams to improve marks) belong to four public centers in the region: Eugenio Hermoso from Fregenal de la Sierra; Norba Caesarina from Caceres; Augustóbriga by Navalmoral de la Mata and Cristo del Rosario by Zafra.

96.52% of the students presented in Cantabria passed. Of 2,644, 2,552 were approved. Last year, the percentage of approvals in this ordinary tender was practically the same, only a few tenths lower: 96.29%.

- Advertisement -
Share
Facebook
Twitter
Pinterest
WhatsApp
Previous article“Don’t worry”, the lyrics of Shakira’s song that her fans consider “another clubbing” for Pique
Next articleArrimadas and Marín appeal to ’50+5′ at the end of the 19J campaign with the PP: “Governments alone are not healthy”