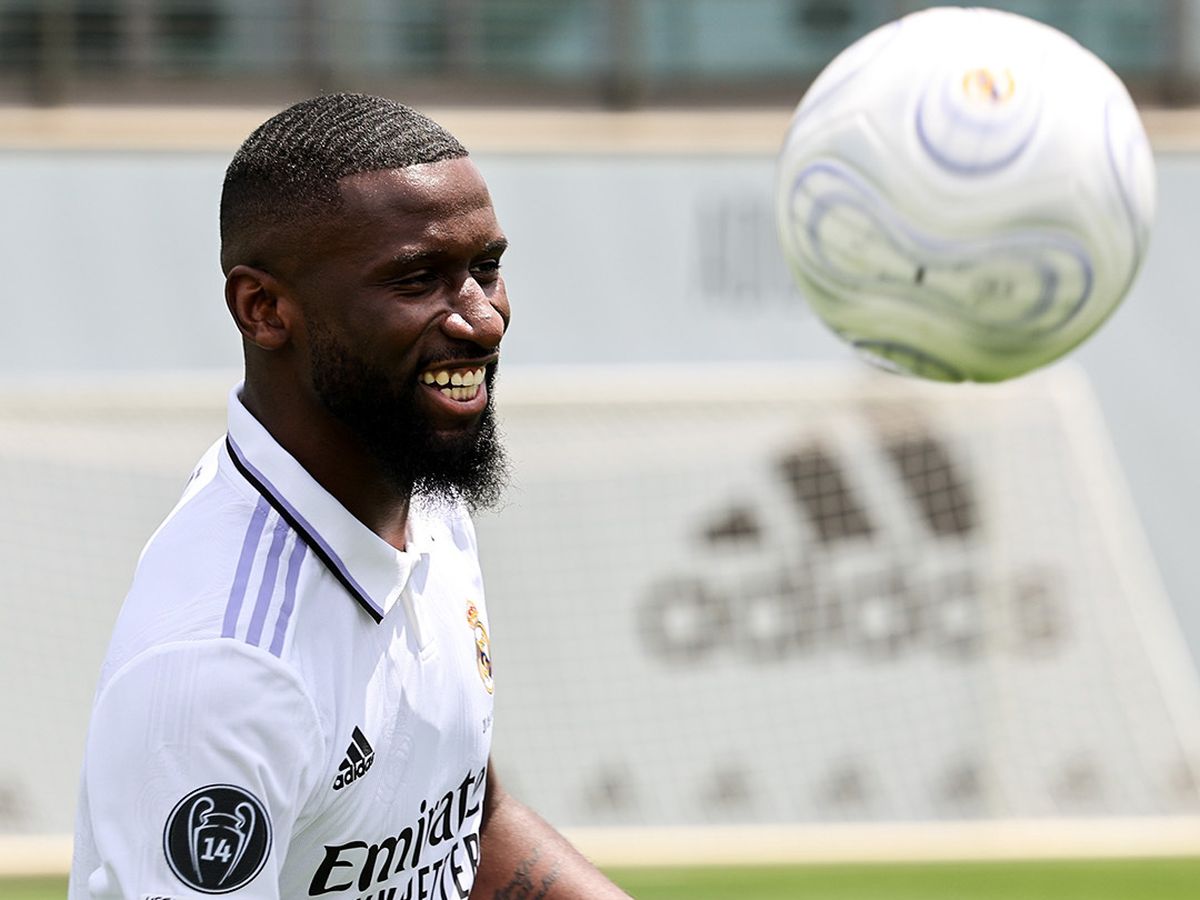 The night Real Madrid survived Chelsea at the Santiago Bernabéu was a revelation for Carlo Ancelotti that eventually influenced Antonio Rudiger. That April 12, Nacho and Alaba came on as central defenders after Militão served a penalty for the yellow card he saw in the first leg at Stamford Bridge. The Spaniard was forced to retire in the 87th minute with muscle problems and Madrid went into extra time with Dani Carvajal at centre-back, the first time he’s tried that position in his life.

The emergency situation went well, with a very good performance from Carvajal, but the onslaught left Ancelotti deeply uneasy. With a catalog of central defenders completed by Vallejo, the team should not be able to continue at this level. The Italian then recalled that many months earlier the club had explored the possibility of signing Rudiger, who only had one year left on his contract at Chelsea. The 29-year-old German recalled this Monday in his presentation as a Real Madrid footballer until 2026: “The first time I had contact, not me but my agent, was at the beginning of September.”

This street died instantly. Agent Sahr Senesie, who is also his stepbrother, has taken his economic ambitions far from the Madrid scale, both in terms of a sizable transfer bonus and a salary in excess of €12m net a year. Interest immediately cooled.

Until making his debut at the Bernabéu on April 12, Rudiger scored 2-0 and watched Chelsea, his team at the time, retire against Madrid with a patched defense: Lucas Vázquez, Carvajal, Marcelo. “We scored the third goal and the atmosphere was still positive. That was very impressive,” the German recalled. That evening he planted doubts in his head: “Playing in a team like that…” he sighed that Monday.

After that draw, Ancelotti, looking back at Rudiger, recalled that at that point in the year he had not signed with any club for the following season. The Italian coach then called the central defender directly, who underlined the importance of the conversation on Monday: “The conversation with Ancelotti was the most important moment. I said: ‘I want to play for this team and with this coach.’

The Madrid coach explained why and what he wanted him for, that he saw him as a very important player and that his style of play perfectly suited what he was looking for for the team. “He told me that he loves me, that he trusts my abilities and that I can help him and the team. Honestly, at my age, that’s enough. And in the end we’re talking about Mr. Ancelotti,” he said.

The Italian also told him that he believes this is a once-in-a-lifetime opportunity for him. Rudiger agreed: “Madrid is about winning. They have shown that very often in recent years. Now they have won the Champions League. Although there were many doubts outside the club, they got it last year. And it’s impressive,” he said. “And I want to be a part of it.”

At some point, Barça were also interested in him, as confirmed on Monday, but Ancelotti’s courtship had an impact: “I told my brother it’s Real or nothing.”

After speaking with the Italian, who mentioned the difficulties of financial claims transferred in September so they could work together, Ruediger directed his agent to lower the cache, which revived interest in Valdebebas’ offices. The German didn’t even see the need to consult his former teammates who were already at Madrid: Courtois and Hazard, with whom he coincided at Chelsea, and Kroos, with whom he has played in the German team. “They can tell you something, but you have to decide for yourself. I haven’t spoken to them,” he said.

Thus, on May 10, the German had already passed the medical exam and signed for Real Madrid. When Los Blancos played the Champions League final against Liverpool in Paris almost three weeks later, Rüdiger had no doubts about who he was traveling with: “I don’t know how to describe what Madrid did in the Champions League this year , it was amazing . In the final I already knew I was going to be a Real Madrid player and I supported them and I was very happy that they won. I lost two finals against Liverpool with my previous team,” he said.

Speaking to Ancelotti, they also spoke about his fit into the team despite Militão and Alaba having played at a very high level this season. The Italian pointed to the versatility of Alaba, who can play at left-back, a position he was once in last year and where he made the most use when they coincided at Bayern. He didn’t guarantee him that he would always play, but he did make it clear that he wanted him with him so it mattered.

Rüdiger doesn’t shy away from the level of the other central defenders: “I’m confident. I bring competition that is healthy for everyone. I’m up for a challenge,” he said. “I try to enjoy the pressure. I feel lucky to be here doing what I love. It’s good to have that pressure. I experienced a different one, the struggle for permanence. This one is different. This pressure is good.”