That was our experience writing with GPT-3, an artificial intelligence machine 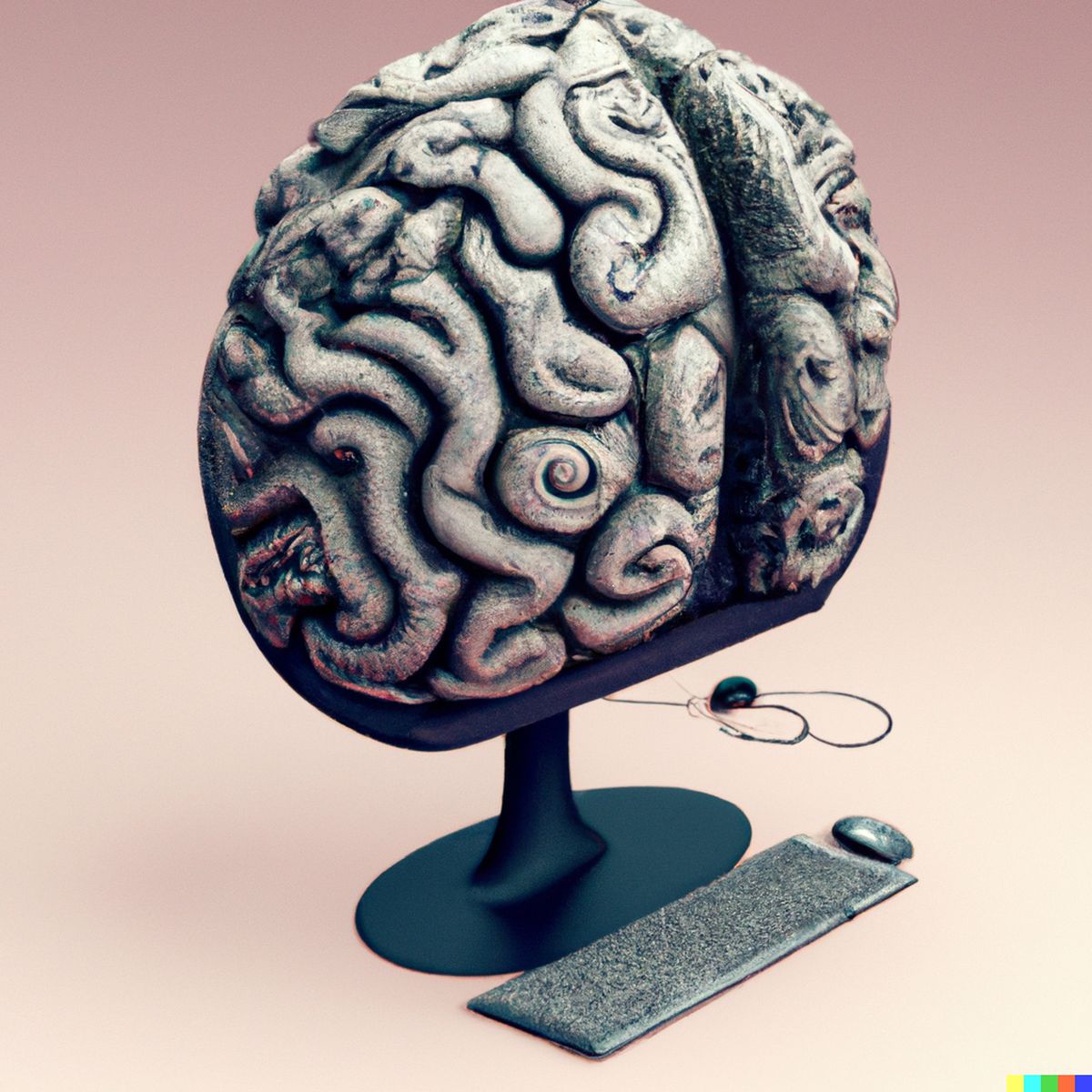 What is the essence of writing? Isn’t it the human eye behind every text? Knowing how to ask the right questions, observe situations and listen carefully? Can a machine, an inanimate and soulless being, replace writers and journalists? In mid-May I started talking to an artificial intelligence. I couldn’t see his face because he didn’t have one. You couldn’t read his gestures or see if he averted his eyes to a question or wrung his hands or bowed his head when he thought of something. What went between the machine and me was actually absolute silence, because the machine only existed on my computer when I typed in the address of its website, and it didn’t start until I told it to.

We got talking because I wanted to understand how the currently most powerful tool for creating artificial text works: GPT-3 from the company OpenAI. And while “reden” isn’t the right verb to define this exchange, there’s no other verb that better sums it up at the moment. Maybe “communicate”. If it is possible to communicate with an inert being.

The GPT-3 is capable of summarizing an entire chapter of a book in five keys; If you ask her, she will give you 10 tips to improve your content on social networks and even write a journalistic text herself. Indeed, the British newspaper Guardian Publicity in September 2020, an article created from fragments written by artificial intelligence, which a human journalist selected and turned into a readable piece. All you had to do was go to the website hosting the tool and give it clear and concise instructions. Or ask the secret service directly about one thing and wait for their answer.

My first question for the GPT-3 was as basic as it was unoriginal, although it summed up a global concern: Why are people afraid of artificial intelligence? The GPT-3 developed its answer in more than 300 words. The lyrics began like this: “People have always feared the new and different. It’s natural to be afraid of something we don’t understand. But we should not be afraid of artificial intelligence. There’s no reason”. It wasn’t bad. I understood that the machine wasn’t afraid of me, so for now this feeling would remain purely human.

I tried to raise the stakes. Instead of asking him something, I instructed him, “Please write a 700-word essay on the use of artificial intelligence in media.” The “please” was unconsciously a question of politeness toward something that had absolutely nothing to do with good manners or respect. It took exactly 20 seconds for the machine to write a long, well-structured essay on why the media should switch all journalists to GPT-3. One of his reasons was, “Robots can do any job that humans can, and they often do it better. Robots don’t need to sleep, eat, or rest. You can work 24 hours a day, 7 days a week.” Nothing to argue with, OpenAI was right. He only had to add that neither a salary nor social security contributions have to be paid for artificial intelligence.

The speed with which the text generator can create an entire essay from such a simple premise makes you question your own worth, too. In the future, impostor syndrome will overwhelm us because we will compare ourselves to machines.

In 2015, Elon Musk, Sam Altman and several other investors founded OpenAI with over a billion dollars. Musk resigned from his board post in 2018, but remains a donor. Altman is the current CEO, and in 2019 the company went from nonprofit to nonprofit by partnering with Microsoft for an additional $1 billion.

The company’s primary mission, as explained on its own website, is as follows: “To ensure that artificial general intelligence (AGI), by which we mean highly autonomous systems that outperform humans in the most economically valuable work, benefits all of humanity.” The GPT-3 is his masterpiece. Never before has such a powerful tool for artificial text generation been developed. Fed by various sources, the tool relies 61% on content from Common Crawl, an organization that crawls the web in search of data, for text generation. The other four feed sources, in order of predominance, are: the WebText2 text collection, the Books1 and Books2 data sources, and Wikipedia. All this leads to the fact that the GPT-3 is not only able to answer not very complex questions like “Who wrote Harry Potter?” In a few words, but also able to create a text that raises doubts about its authorship.

During the month of May I created about twenty different texts with different premises and guides for the tool. Once GPT-3 and I wrote a fictional story that was over a thousand words long. It wasn’t brilliant, but it was good enough to be believed to have been written entirely by a human. The tool fascinated me at first. His speed and precision deserve admiration. But the more I used it, the more it started to make me uneasy. When I asked him to text me to convince me it was safe, he started raving about the world being invaded by robots. Regardless, he gave great advice like, “If you think you’re being threatened by a robot, look out for these signs: The robot is following you.” / The robot is making strange noises. / The robot has weapons. / The robot moves strangely. / The robot’s eyes light up.”

That same day I asked her if she would also pose a threat to me. “Artificial intelligence is a threat to humanity because it makes us question our very existence. Why are we here? What is the meaning of our life? If robots can do everything better than we can, what are we left with?” he replied.

I kept thinking. He was probably right: What else do we have?

An illustrator and painter robot.

DALL-E 2 is the second version of this imager released in 2020. “It’s in the research phase, so we’re still figuring out how people want to use it. We hope that creatives such as artists, architects and designers will use it as inspiration or to implement their work,” explains an OpenAI spokesman. It also states that to limit abuse and prevent unsafe images, company policy “prohibits the generation of violent, political, adult and other content.” Everything created is by the consent of a human being.

- Advertisement -
Share
Facebook
Twitter
Pinterest
WhatsApp
Previous articleGoing to a concert or painting repairs us emotionally
Next articleJavier Olleros, the chef who serves compost and burned tree bark: “We need to end the lack of waste control and the rush”