That is why Renault is suffering even more than other car manufacturers from the consequences of the war in Ukraine. 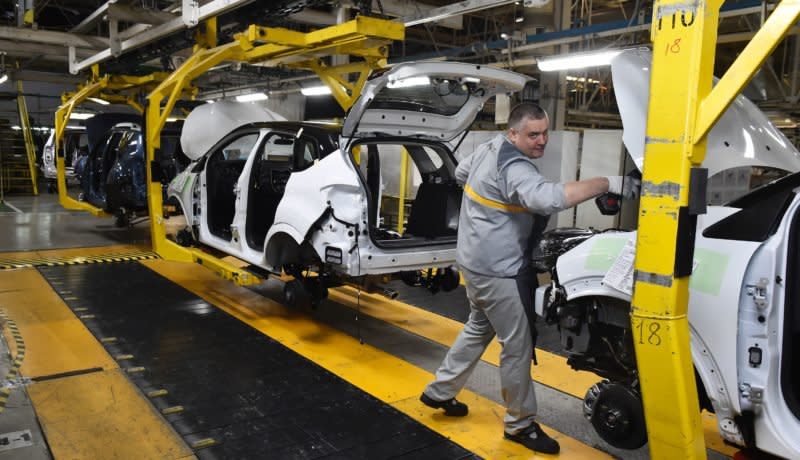 After some back and forth, Renault announced on Wednesday night that the group would cease its industrial activities in Russia until further notice. In late February, shortly after Putin’s troops invaded Ukraine, the French automaker halted production at its Moscow plant.

This step was not justified at the time by the sanctions against Russia and the general political situation, but by delivery problems with important components. Last Monday, the automaker, which employs some 45,000 people in Russia alone, resumed production at the site. However, just two days later, the French pulled the string: the political pressure, it seems, has simply become too great.

The fact that Renault continued its activities in Russia despite the war and sanctions provoked angry reactions, especially in Ukraine. In a tweet, Ukrainian Foreign Minister Dmytro Kuleba called Renault sponsors of Putin’s war of aggression and at the same time called for a boycott of the manufacturer.

Ultimately, however, Selenskyj’s speech in front of the French parliament may have forced a rethink. Through a video link, he called on French companies to withdraw from Russia. Otherwise, they would indirectly help the Russian attacker. Renault was also explicitly called upon to act in the speech.

That should also have put the Macron government under pressure. After all, the French state still has a 15 percent stake in the traditional carmaker. So the pressure at home probably influenced the decision.

The commercial consequences for Groupe Renault are likely to be catastrophic. The company is the market leader in the world’s largest country in terms of area. Almost a fifth of the Group’s total sales are in Russia. The market share there was 28.8 percent in 2021. The group’s dominance is only higher in Romania and Morocco. For comparison: in the home country of France it was “only” 24.9 percent.

The Moscow plant is one of Renault’s most important international production sites. The Arkana and Kaptur SUVs, the Russian variant of the local Captur, roll off the assembly line in the Russian capital. The two technically closely related models, the Nissan Terrano and the Renault Duster, are also built there. The latter is marketed in the EU as Dacia, but is manufactured in Romania for the local market.

In the worst case, Renault could lose the factory entirely. Russia has threatened to nationalize the production facilities of foreign companies leaving the country because of the war. According to the Kremlin, the future of the Renault plant in Moscow will be decided at the end of next week. The Russian Ministry of Industry is said to be in constant contact with the management of the Renault Group and Avtovaz.

Lada is also part of the Renault Group

Avtovaz is the largest automaker in Russia and produces and sells the traditional Russian brand Lada. The Japanese-French alliance Renault-Nissan-Mitsubishi took over the company about eight years ago. Renault currently owns a majority stake of around 68 percent. The remaining 32 percent is owned by the Russian state company Rostec. The latter is headed by a close confidant of Putin.

The Renault Group has not yet made an official statement on the future of Avtovaz. However, at the Lada plant in Tolyatti, in the south of Russia, the assembly lines are currently stopped because the components necessary for production are missing. However, according to the Reuters agency, the Russian Ministry of Industry is working to restore supply and accumulate reserves so that production can be resumed there.

Outside the domestic market, Lada plays a diminishing role, in Western Europe the war in Ukraine could even seal the final end of the brand. Anyway, in this country, cars have been sold in insignificant numbers for a long time. Within the EU, Renault’s successful Romanian subsidiary Dacia takes on the role of low-budget manufacturer.

Renault was on the right track

For Renault boss Luca De Meo, who has been in charge of the carmaker since 2020, the complete loss of business in Russia is a major setback. The market there plays a big role in the group’s dubbed “Renaulution” realignment and should keep sales up.

In 2021, less than a year after taking office, de Meo’s strategy paid off. Renault made a profit of 888 million euros last year. The year before, the manufacturer was still in the red and recorded a record loss of eight billion euros. At the time, the group even had to take out an emergency loan from the French government.

The chip crisis has not yet been overcome either

Due to recent developments, it is not unlikely that the current fiscal year will end in the red again. The problem in Russia is made more difficult by the fact that Renault continues to suffer from a lack of semiconductors and fluctuating raw material prices. That is why the French automaker even announced an order freeze for all electric models and vehicles with plug-in hybrid drive this week. As of this Friday, Renault dealers are not accepting new orders for cars of this type. These are at the heart of the French strategy for the future.

Renault has already revised down its operating margin forecast for the current year from more than four percent to three percent due to Russia’s withdrawal. Unlike European competitors such as Volkswagen, the French rely significantly more on the local market. While they have been dominant in Russia so far and have made significant profits there, they hardly play a role in China, for example, the world’s largest and most important car market.

The China business is hardly worth mentioning.

Renault’s joint venture with the Chinese manufacturer Dongfeng did not bring the desired success. Only 18,600 cars were sold in China in 2019, although production capacities were available for more than 110,000 vehicles. After this misfortune, most of the French withdrew from the local market.

For comparison: Market leader Volkswagen, together with its local partners, put 3.3 million new cars on the streets of Chona in 2021. While that was down 14 percent from the previous year, it was still more. than Renault’s total international sales, which stood at 2.7 million cars during the same period.

The group led by Luca de Meo would like to expand its presence in China again in the long term, but the new joint venture with Geely will not be able to compensate for the loss of profitable business in Russia. Renault’s main focus should remain on European markets such as Italy, Germany or France, which are always the most lucrative for the traditional manufacturer, for now.