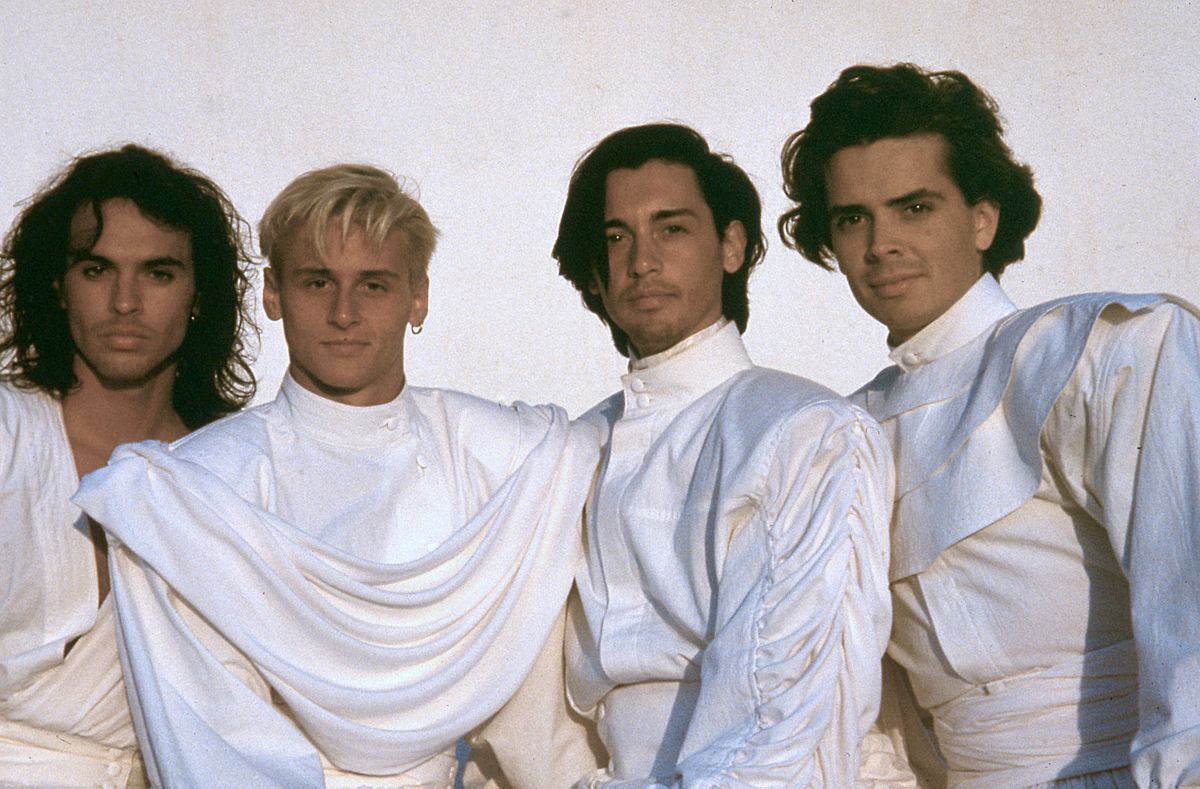 This week the documentary about Locomía was released on Movistar, that authentic gay benchmark. To my straight colleagues with whom I’m working on a screenplay about a stunning star in the world show business, they were amazed that the group was forced to sign a contract that forbade them from wearing makeup offstage and from engaging in openly gay conduct. To their astonishment they add that something like this hasn’t been expected lately, let alone in the record industry. Back then homophobia wasn’t as widespread as it is now and the two industries that practiced it the most were record and Hollywood. You couldn’t be a gay teen idol or a successful queer star because homosexuality was deferred and could never be a positive reference, an example of anything. Much less to have and sweat success. Or luck.

One of my strokes of luck in life was that thanks to a program like gay and loved one, I was able to express myself happily and successfully in my work Martian Chronicles and a director like Xavier Sardà. This Tuesday I watched him speak thoughtfully about us Night, He explained how he didn’t appreciate the extent of our dynamic in creating normality and common ground between straight and gay until he realized the show’s success. Actually neither do I. It was fun for me that Xavier played along. It made me very happy to see him laughing and enjoying himself during my interventions. And in one of them I recorded Locomía. I remember one of them performing during a Miss Venezuela pageant, the mythical beauty pageant in my distant country of origin. They were at the height of their careers, at the height of their glory in Latin America. For many Venezuelans, appearing at Miss Venezuela was like appearing during the Super Bowl break. The audience was millionaire in number. And it was precisely during this performance that my brothers and I sat in front of the television, paralyzed, and the electricity went out due to a power outage in the auditorium where the competition was held, El Poliedro de Caracas, and immediately after the pre-recording the voices of the group stopped hearing ceased, and all we heard was a thunderous and unanimous shout of “MAAAAAARIIICOOOONES” that echoed through the living room of the house and neighboring houses, and then throughout the sprawling Caracas Valley, shaking us forever.

The members of Locomía could not say they were gay, but their audience could yell at them and, moreover, sheltered by a sudden darkness, overwhelmed, threatened, berate them about their own sexuality. I am reflecting on these things now that I am who I am and have traveled what I have travelled. On that Miss Venezuela night, I was very ashamed and worried that they would have a bad memory of the visit. And I also asked my private gods to avoid something like that when I come on a stage like this. The broadcast went black, someone on the TV network took pity on Locomía who, without knowing or understanding it, had just performed the first LGTBIQ+ act of any South American TV.

Locomía has always been a boy band very brave, as an organization and as a style. Crazy, messy, with velvety hints of chunda chunda post bakalaero in front of the sexy singers of the soundtrack of Big Brother. And despite making so much noise and jiggling, they never knew how to top their success with a more solid success. Now I use the documentary and I want to share it many times, during a lot of parties in the 80’s my friends, my sister and I improvised honors Locomía wearing toilet paper rolls as shoulder pads and holding souvenir fans as we marched through the narrow corridors of our family homes or between the living room furniture. Without these dances, without these parades, I probably wouldn’t have made it Martian Chronicles. It’s never too late, dear ones, to say thank you.

- Advertisement -
Share
Facebook
Twitter
Pinterest
WhatsApp
Previous articleGoya’s frescoes in Madrid are endangered due to the poor condition of the roof of the church that houses them
Next articleA book and a documentary revisit the character of George Michael: binge eating ice cream, soap operas, sex and ecstasy