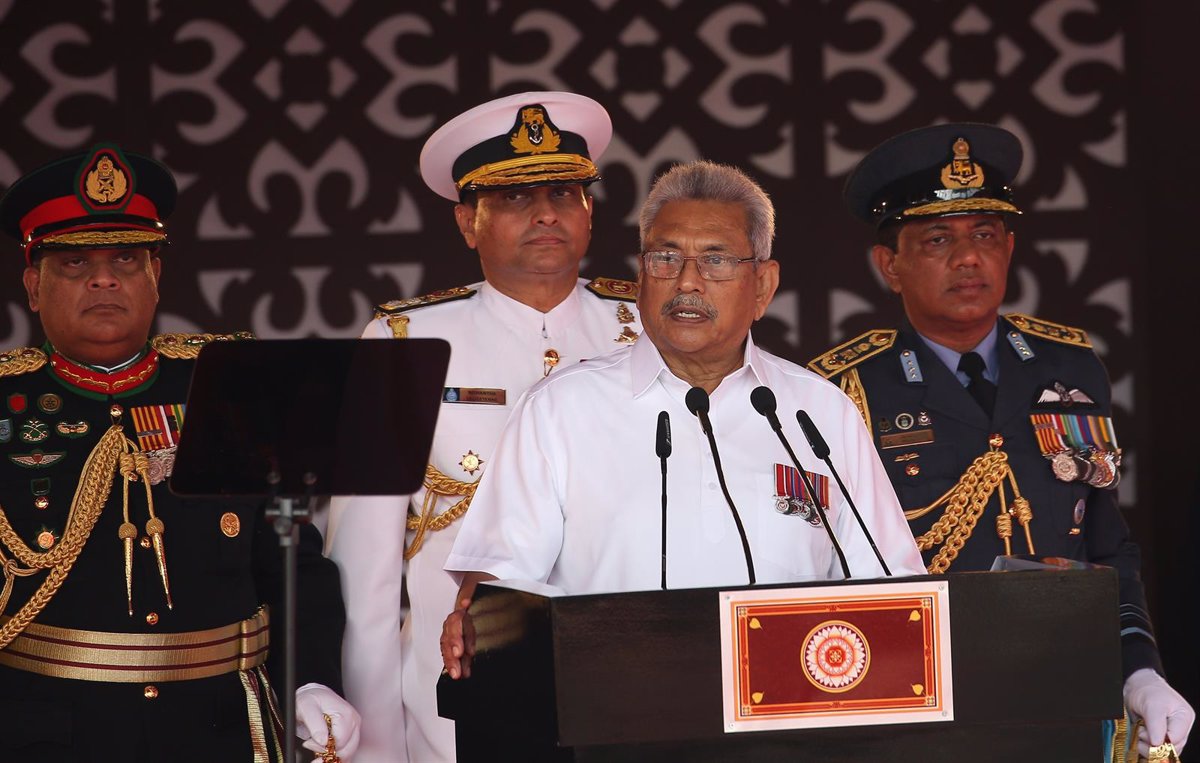 Thai authorities confirmed this Wednesday the arrival in the next few days of former Sri Lankan President Gotabaya Rajapaksa, who fled his country a month ago, harassed by the important demonstrations that are occupying the streets of Sri Lanka’s main cities have had the island for months.

Thai Foreign Ministry spokesman Tanee Sangrat has reported via his Twitter profile that they have received a request from the Sri Lankan government for Rajapaksa to enter Thai territory based on “long-standing and cordial relations between the two countries”. “.

As per agreements between the two countries and as a Sri Lankan diplomatic passport holder, Rajapaksa can enter Thailand without a visa for 90 days. “The stay is temporary to continue the journey. Political asylum was not applied for,” the spokesman for the State Department said.

Although Sangrat has indicated he does not know the exact date Rajapaksa will land on Thai soil, local press claims he would arrive this Thursday from Singapore, where he had arrived after fleeing Sri Lanka a month ago , after passing the Maldives.

The imminent arrival of Rajapaksa “will not cause any problem,” said Thai Foreign Minister Don Pramudwinai, who denied any inconvenience to the media. “There is no objection from the government,” he decided.

In this sense, the foreign minister has also ruled out that the Sri Lankan community in Thailand causes “problems” through the presence in the country of Rajapaksa, who has the approval of the new government for this trip, where he has many “allies”, including his successor Ranil Wickremesinghe.

Wickremesinghe, who was elected president by Parliament on July 20 after Gotabaya Rajapaksa fled, has brought some sense of stability to the country after addressing water and fuel shortages, the main reasons behind the populace’s decision to take to the streets. four months ago now.

On April 9, the first groups of people dissatisfied with the work of former Prime Minister Mahinda Rajapaksa decided to camp in front of his official residence. A month later he handed in his resignation, and in June it was Bail Minister Basil Rajapaksa who did the same.

Both are brothers of former President Gotabaya Rajapaksa who, despite resisting his resignation during protests, was eventually forced to resign and flee to Singapore in early July after seeing protesters storm his official residence.

Previous articleAldi, Lidl and Mercadona take back several batches of ice cream because of “foreign objects”.
Next articleTui stays on track for annual profit