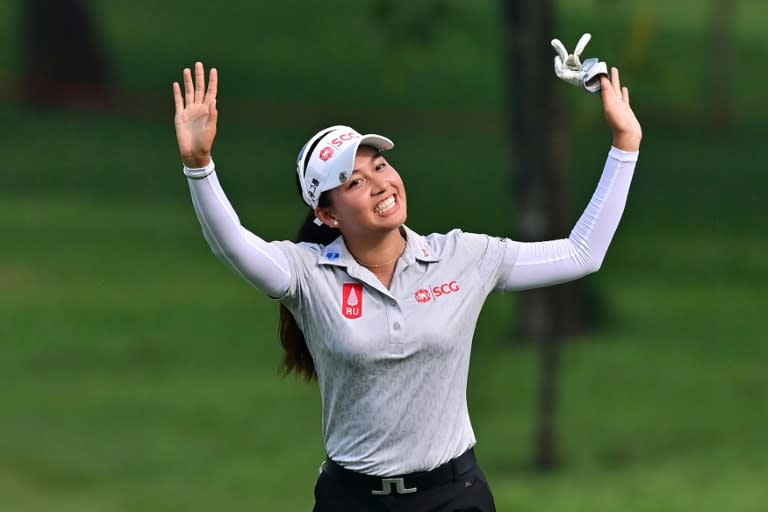 Thai teenager Atthaya Thitikul won a playoff over Denmark’s Nanna Koerstz Madsen with a bogey on Sunday’s second extra hole to capture the JTBC Classic for her first LPGA title.

World No.14 Atthaya, a 19-year-old LPGA rookie making only her fifth appearance on the tour, shot the week’s low round with an eight-under-par 64 at Aviara Golf Club in Carlsbad, California.

That left her deadlocked with Madsen after 72 holes at 16-under-par 272 and, after missing a six-foot birdie putt for the win on the first playoff hole, Atthaya took advantage of Madsen getting into the water and claimed the crown. with a bogey in the second.

“I just focus on my game and do my best and it has turned out to be (enough),” Atthaya said.

“It means a lot. It means the world to me. I know my parents and coaches at home are watching me right now. It’s meaningful to all of us, not just me.”

Ko shot a 68 for his LPGA, his 34th consecutive round under par.

The event was the final set-up for next week’s first major women’s golf tournament of the year, the Chevron Championship at Rancho Mirage.

The playoff began on the par-4 18th hole. Madsen sent his approach down the back of the green while Atthaya bounced his second shot two meters beyond the hole.

But Madsen chipped the ball two feet from the glass and Atthaya pushed his birdie putt wide to the left to set up another play of 18.

After Madsen hit his fourth chip on the green, Atthaya putted eight feet. Madsen missed her bogey putt and the teenager made two putts for the win.

In the final round, Atthaya birdied nine, matching the lead with birdies on the par-4 16 and par-5 17 and sinking an eight-foot putt for par on the 18th to keep up with Madsen, who had three holes to go. play.

The Dane sailed over the 16th green, jumped three feet but then missed her birdie putt as An tapped for birdie to join the leaders.

Madsen found land to the left of a cart path on the 17th, but sped his approach to eight feet and sank the tense birdie putt to regain the lead only when An hit a three-foot par putt to drop back.

At 18, Madsen suffered his first three-putt bogey of the week, missing a six-foot par putt and making a close 70 that forced the tiebreaker.

Madsen became the first Danish player to win an LPGA event when she won in Thailand two weeks ago in her 93rd career start.

Madsen started with a three-shot lead and birdied the first and par-5 the fifth, then hit 11 straight pars before finishing with birdie-bogey.