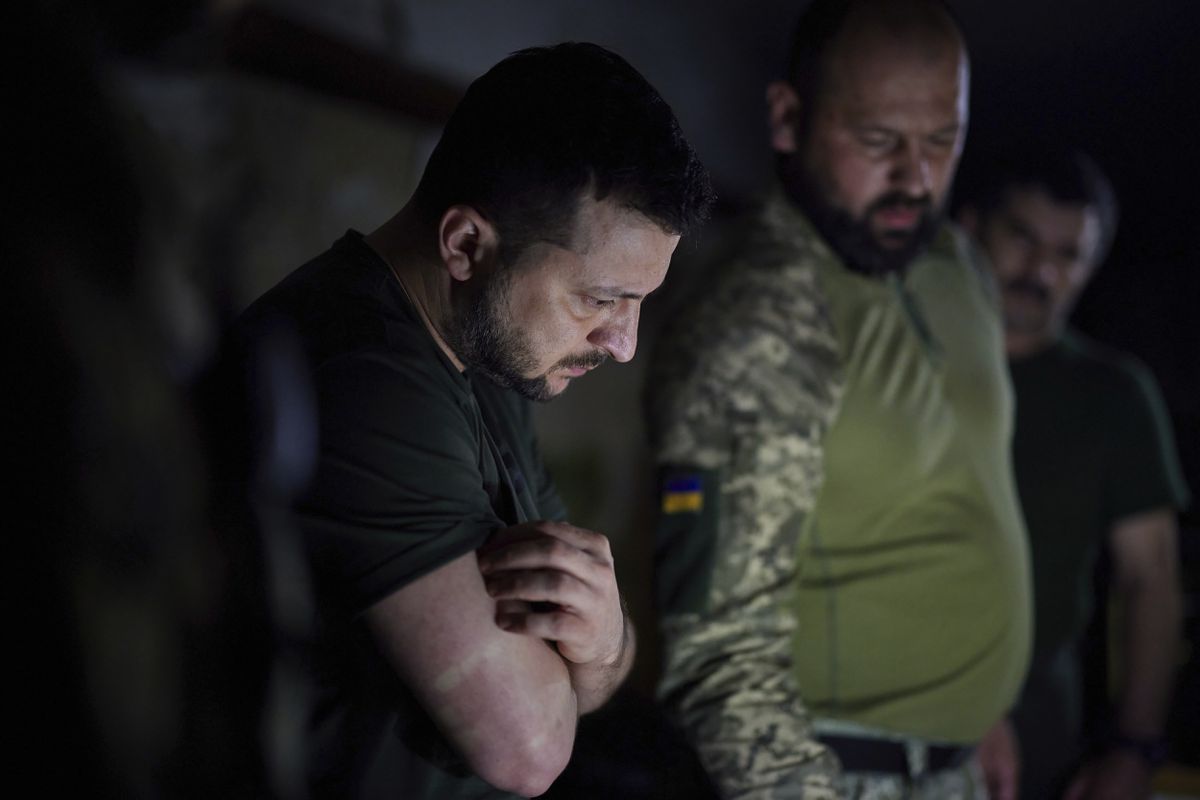 The natural borders and sacred integrity of the lands are pure mythography. Maps change, often for the direst of reasons like wars and invasions, but also through negotiation and compromise, as often happens at the end of conflicts.

Vladimir Putin started the current invasion eight years ago by secretly occupying Crimea and organizing an uprising in Donetsk and Lugansk provinces, and now he has sought to complete it, first replacing the legitimate government in Kyiv with another puppet , and then the blitzkrieg failed with the destruction and occupation of the entire Donbass.

On the horizon are negotiations favorable for him to consolidate his territorial conquests and gain international recognition for the annexation of a broad strip of territory bordering Russia, encompassing Crimea and turning Azov into a fully Russian sea. It is his minimum goal, which does not preclude more ambitious goals, such as the disappearance of Ukraine, advocated by thinkers of insatiable Putin imperialism.

These are unacceptable demands for the European Union and the Atlantic Alliance. The same applies to the lifting of sanctions, amnesty for atrocities committed or the omission of compensation and reparations. Aside from setting a dangerous precedent for countries with irredentist programs like China, it would mean a clear victory for Putin, as he would have achieved his goal of unilaterally using force to change the international order.

From day one there was no lack of votes for a negotiation that included possible territorial concessions. The most notable, that of Henry Kissinger. Joe Biden downplayed the seriousness of war when it was just a threat when it was just “a minor incursion.” Washington offered Volodymyr Zelenskyy an opportunity to flee Kyiv early in the invasion, an elegant way to pave the way for Putin’s army. With the war already advanced, there was no lack of appeals, like those made by Emmanuel Macron, in favor of a negotiation and a dignified exit that avoids humiliating Russia.

The bigger the soothing words, the better for the Kremlin. Only the legitimate and democratic government of Ukraine has the right and duty to determine the outcome and schedule of negotiations. In their hands lies the responsibility of using their constitutional powers to change the borders – through the mandatory referendum provided for in the Ukrainian constitution – and in return sufficient security guarantees against Russian aggressiveness and their undoubtedly ill will in applying the obtain international agreements. Unlike most Western European countries, Ukraine’s current borders do not date back more than a century, with the notable case being Crimea, which was incorporated in 1954.

Zelenskyy needs weapons and sanctions to achieve victory, and discretion and silence about the negotiations. The rest is plentiful.