Teresa Rodríguez votes this 19J with “more enthusiasm” than other elections and encourages participation with “freedom and courage”. 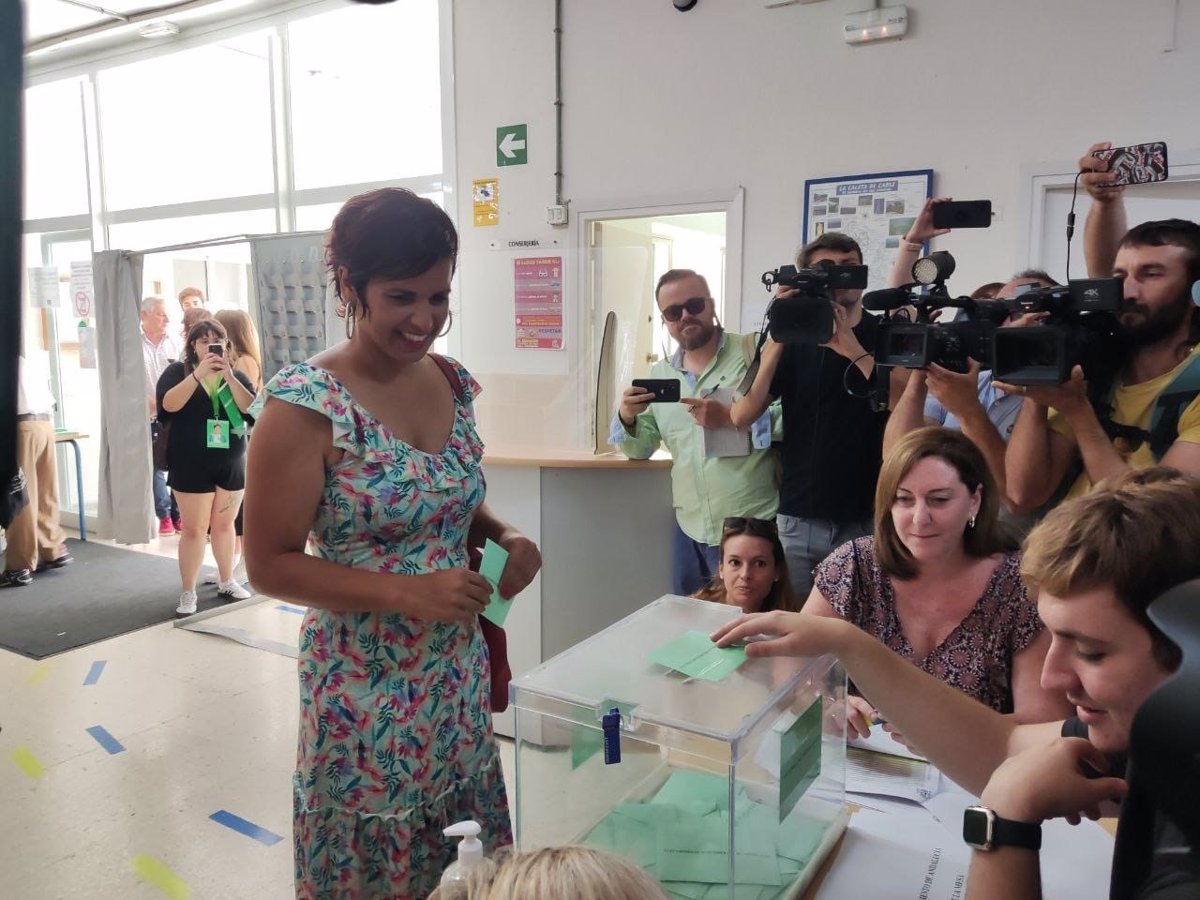 The candidate of the Adelante Andalucía coalition for the presidency of the Board of Directors, Teresa Rodríguez, exercised her right to vote in the Andalusian Parliament elections this Sunday, June 19, with “more enthusiasm” than in previous elections, encouraging citizens during the day to participate “Freedom and Courage” to go to the polls.

Teresa Rodríguez explained this in a media interview when she went to the IES “Caleta” in Cádiz to vote, accompanied by her partner, the mayor of the capital Cádiz, José María González “Kichi”.

The Adelante candidate, who is thanking those who, by taking part in the polling stations, make it possible to vote “in freedom”, called for “voting so that nobody stays at home, using the breaks between going to the beach and going to the beach or briefly on the terrace to deposit your vote in the ballot box this Sunday”.

Teresa Rodríguez has advocated voting “with two values” which she believes are “fundamental to enrich democracy in our country, namely freedom and courage”, the latter attitude, “the ones for this time in voting and in politics is necessary to do justice to the realities of this city,” is the candidate’s reasoning.

Responding to questions from journalists, Teresa Rodríguez has also indicated that she is presenting herself as a candidate for the presidency of the Board of Directors for the third time – after being the chair of the bill for Podemos Andalucía and for the Adelante Andalucía coalition in the 2015 elections of December 2nd 2018 -, it will be “the charm” so that it excludes presenting itself a fourth time as a candidate for the government of the autonomous community. “I’m going to say it solemnly so I won’t be tempted to introduce myself again,” he added.

Likewise, when asked if he faced these elections with a different attitude than the previous ones, he replied yes because in the previous appointments he came with “different projects” than the one he is leading now, adding that he it is now going to vote with “less pressure and also with more enthusiasm and freedom”.

“We feel freer, we have less pressure and more enthusiasm in the time that opens after we have managed to create and expand this Andalusian space” that she directs, the Adelante candidate concluded in this sense.