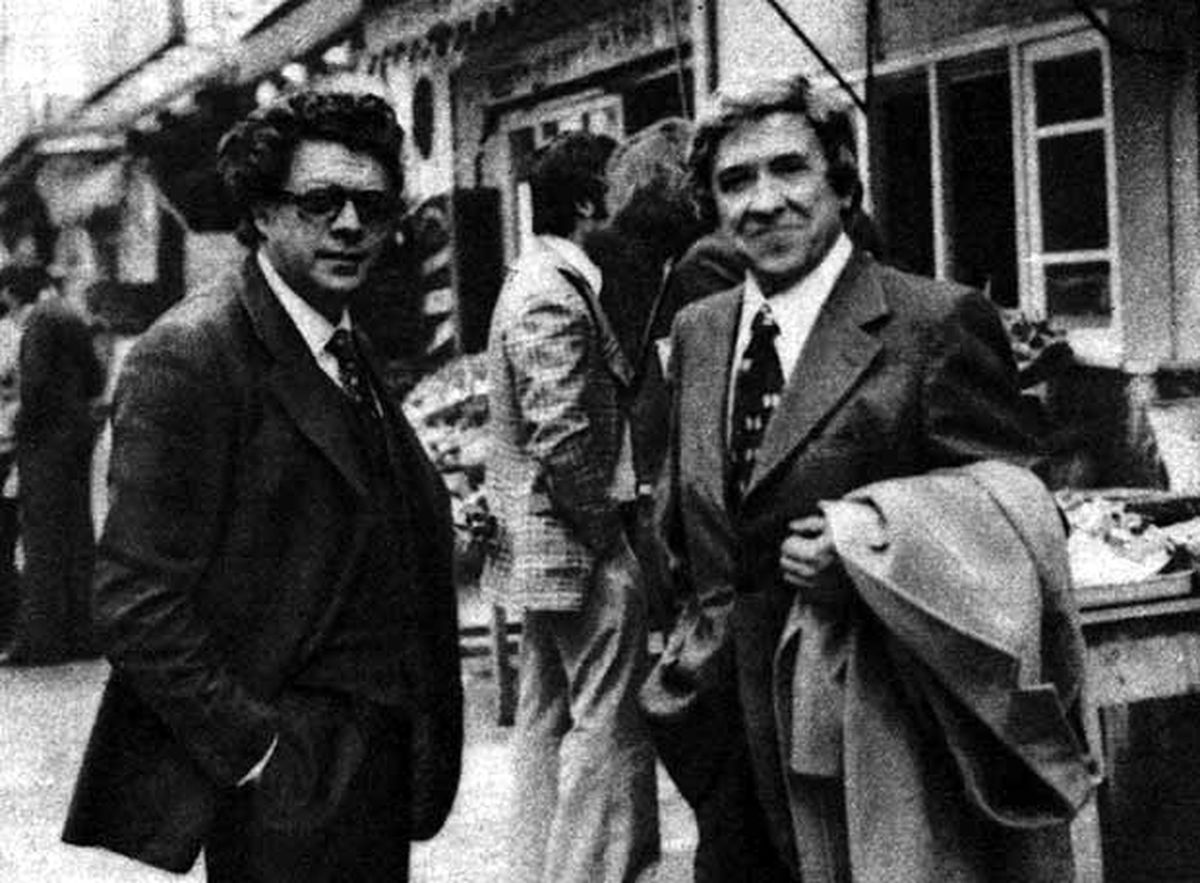 The death of Teodulfo Lagunero Muñoz (Valladolid, 95 years old) last Saturday in Málaga tears from recent political history one of the most interesting figures in the Spanish transition to democracy. His influence arose behind the then invisible scenes of that broad socio-political movement that was supposed to put an end to the Franco dictatorship. His importance was determined by his militant commitment to having assumed the position of financial patron of the Spanish Communist Party, whose clandestine struggle and legalization would be politically crucial. He dedicated a large part of his extensive personal wealth, which he had formed in the real estate sector in Spain, to this organization. Safe houses, trips, meetings and official headquarters would be funded by Lagunero.

He was the grandson of a Valladolid railway carpenter and the son of a history professor with successive posts in Valladolid, Peñafiel and Valencia. During the course of the civil war, his house in the Ruzafa district was destroyed by a bombardment by Italian fascist aviation. There Teodulfo studied at the Workers’ Institute, run by the communist Núñez de Arenas, where Rafael de Penagos taught painting. At the end of the war, his father would face retaliation and his older brother Enrique would be sentenced to death. He later decided to study philosophy and literature, later turning to law. He would practice as a trade professor and professor. A huge urbanization in the Entrepeñas reservoir and another next to the Alberche river designed by him – the first was reluctantly inaugurated by Manuel Fraga, who suspected his communist affiliation – were the origin of his fortune.

In Paris, at the request of his daughter Paloma, then a communist activist at the Complutense faculty of politics, Teodulfo attended a May Day PCE demonstration led by communist poet Marcos Ana, who had spent 23 years in prison . Lagoonro admitted to having experienced “a vivid emotion” there, shared with his daughter, that would lead him to a unique type of militancy, which consisted in devoting his fortune to the service of the anti-Francoist and communist cause in Spain place. His first contribution would be to fund CISE, a reception center for political refugees fleeing Francoism. The center was headed by Marcos Ana, with whom he has a close friendship.

“He was an unrepeatable person who, with his qualities and his shortcomings, played an exceptional role that no one else could play,” confirms Jorge Carrillo Menéndez, 69, son of Santiago Carrillo, the PCE leader whom Teodulfo Lagunero trusts. fufo either the o he smuggled to Spain in 1976. He did so disguised with a wig belonging to Eugenio Arias (Buitrago, 1909-Vallauris, 2008), friend, hairdresser and executor of Pablo Picasso.

“In 1974, after receiving information from the French police about a possible attack on my father, Teo Lagunero immediately bought an apartment in the anonymous high-rise building eve from the La Dèfense district of Paris so our family could hide,” admits Jorge Carrillo. “So, for reasons of secrecy, my family – in which we had lived in France until 1968 – was called Giscard and my father, Jacques“.

Teodulfo Lagunero offered his chalet on the Costa Azul, Villa Comet, where he spent his summers, as the headquarters of the anti-Francoist opposition. The Democratic Junta took its first steps there. Some time later, he would be the magazine’s promoter The streetsuccessor of triumph and emblem on the left. He was a friend of poets such as Pablo Neruda, Miguel Ángel Asturias, Rafael Alberti “whose Nobel nomination he promoted” and singer-songwriters Joan Baez and Antonio Gala.

A first version of this obituary stated that Teodulfo Lagunero died in Madrid while he was in Malaga.

Jealousy and distrust in the couple, how do they affect love and health?