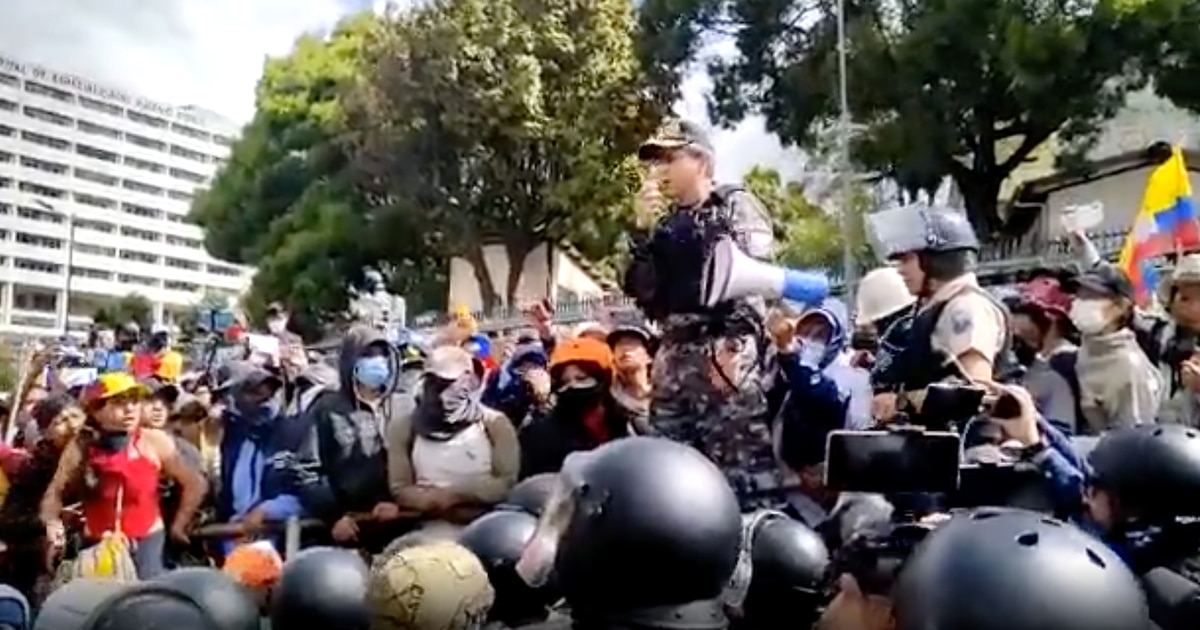 Moments before the clashes between security forces and protesters, National Police General Freddy Sarzosa called on indigenous leaders to avoid such situations. A few minutes later, the opposite happened.

“They had the opportunity to go to the cultural centre. The national police have made it clear to you that you have the authority to lead a peaceful protest, which we are going to respect, and we have given word that we are not going to make an incremental use of force,” Sarzosa said.

Before the clashes in the National Assembly: National Police General Freddy Sarzosa asked indigenous leaders to avoid such situations. pic.twitter.com/PHK78bhGLH

Those who were present, from Avenida Gran Colombia; near the Eugenio Espejo Hospital, they interrupted the remarks while other demonstrators asked them to listen to the police.

Well, the natives expressed their intention to enter the Assembly but they were told that no one met there and that it was not authorized. Well, sessions develop virtual sessions and they can’t receive them.

“We don’t want any inconvenience, we’re asking them a favor. They will take into account that we are close to the hospital and the maternity ward,” Sarzosa asked.

Moments later, new clashes erupted on this eleventh day of protests. Protesters advanced from the Maison de la Culture to the National Assembly in what is believed to be a peaceful march.

After a few minutes of tense calm, the clashes began. One of the men in uniform is taken by the demonstrators in their attempt to advance towards the National Assembly, the National Police disperses the mobilization with tear gas.