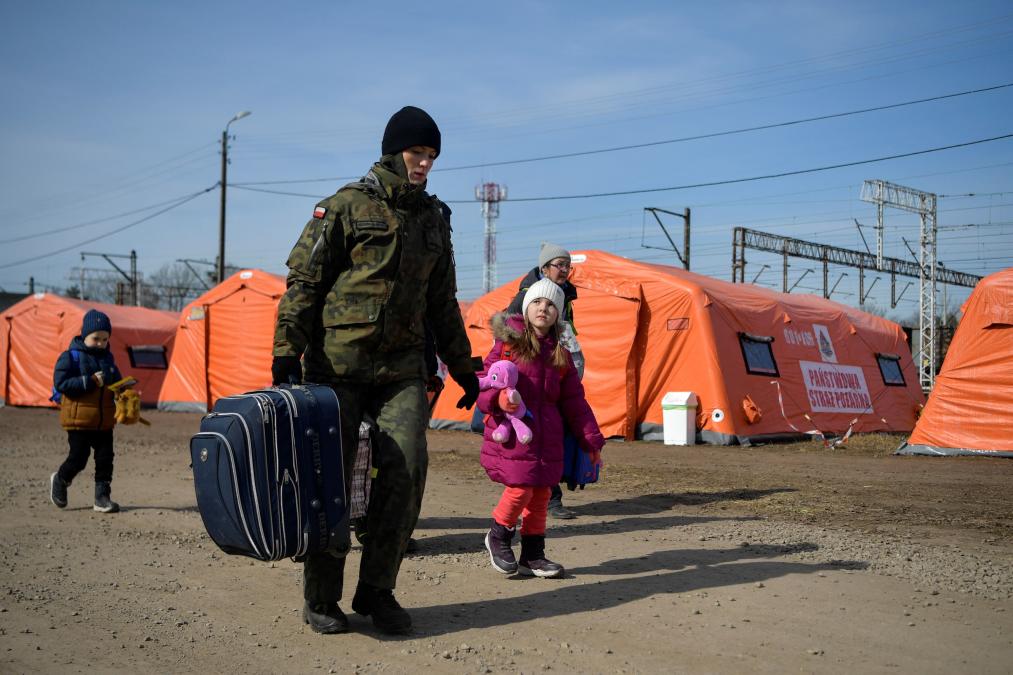 Michael Gove has said “tens of thousands” of refugees are expected to come to the UK amid the Ukraine crisis.

Gove, the government secretary for housing and “catch-up”, revealed the ballpark figure after Downing Street published details of a new scheme to help people fleeing the Russian invasion.

Launching this week, the Homes for Ukraine program will allow individuals, charities, community groups and businesses to bring people fleeing war to safety, even if they have no links to the UK.

Asked at Sky’s Sophie Ridge on Sunday program if “tens of thousands is enough”, with countries like Poland pledging to take in 1.5 million people and France 100,000, Gove said: “There are so many things we have to do. In a way, in the face of a crisis of this magnitude, we have to make sure that we do what we can, when we can.

“That’s why our approach is gradual, that’s also why it’s in conjunction with the humanitarian support that we’re providing.”

The first refugees are expected “within a week,” Gove added.

Under the plan, Britons offering accommodation to Ukrainian refugees via the new route will receive a thank you payment of £350 per month.

Refugee sponsors will need to commit to the scheme for a minimum of six months, but are encouraged to hold the offer for as long as possible.

Gove, when asked if he would offer a room, told the show: “I’m in the process of looking to see what I can do, yes.”

It comes after the government has been heavily criticized for the speed and scale of its efforts to bring fleeing Ukrainians to the UK.

The UK’s ambassador to Ukraine, Melinda Simmons, told the sunday time she “totally takes the flak”.

And Labor leader Sir Keir Starmer, who appears in Sophie Ridge on Sunday after Gove, he said it has been “a disgrace”.

“The probability of an invasion of Ukraine was known weeks ago. The Home Office has been too slow, too bad about this.”

Starmer added that there should be no cap on the number of refugees allowed into the country: “We should provide shelter to all those who are fleeing for their lives who want to come to the UK and play our part.”

Gove said the government had to guard against a “small minority” that might be “intent to exploit” the scheme.