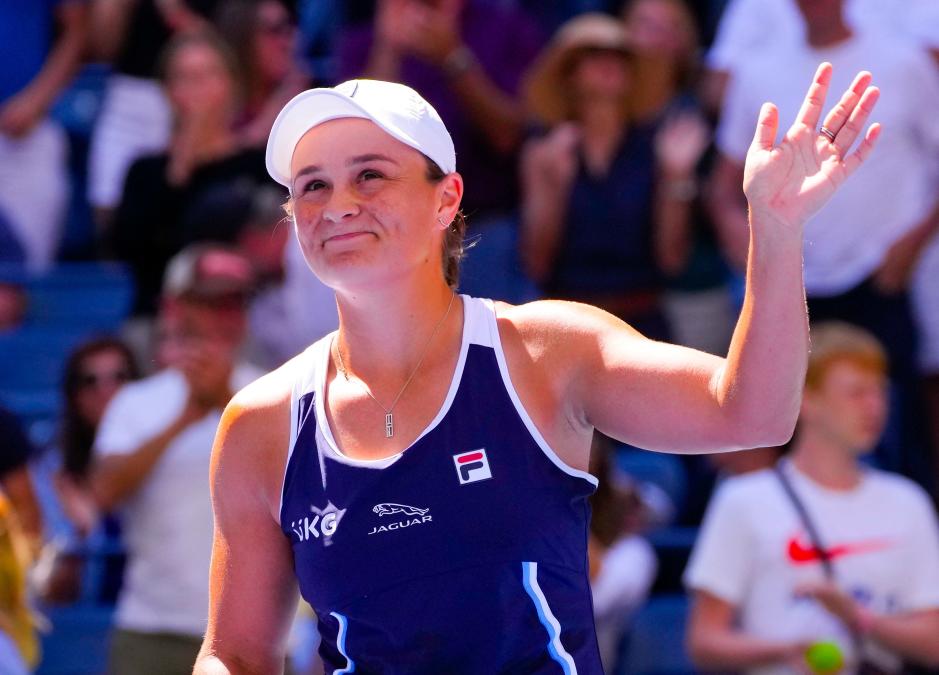 Australian tennis player Ashleigh Barty, the world’s top-ranked player, has announced her retirement from the sport at just 25 years old.

Barty, a three-time Grand Slam champion, made the announcement in an Instagram video that was posted Tuesday night in the United States.

“Today is a difficult and emotional one for me as I announce my retirement from tennis,” Barty wrote in her post.

“I am so grateful for everything this sport has given me and I leave feeling proud and accomplished. Thank you to everyone who has supported me along the way, I will always be grateful for the lifetime memories we created together.”

Barty expanded on his decision to retire in the attached video.

“It’s hard to say,” Barty said of saying she would retire, but added, “I’m so happy and I’m so ready and I know right now in my heart that for me as a person, this is Right.

“…I am so grateful for everything tennis has given me. It has given me all my dreams and more, but I know now is the time to walk away and chase other dreams and put the rackets down.”

Barty said the decision to retire had been brewing in recent years.

“(Retirement) is something I’ve been thinking about for a long time and I’ve had a lot of amazing moments in my career that have been pivotal moments,” Barty said.

One of those moments was his win at Wimbledon in 2021.

“Wimbledon last year changed a lot for me as a person and for me as an athlete when you work so hard your whole life for one goal. And I’ve been able to share that with so many amazing people, but to be able to win Wimbledon, which was my dream, the only and real dream I wanted in tennis, that really changed my perspective,” Barty said. “I had that feeling after Wimbledon, and had talked a lot with my team about it.”

ALL YOU NEED TO KNOW: Stay up to date with our sports newsletter

What helped solidify his decision to retire, he said, was his victory in his home country at this year’s Australian Open.

“I think for me it’s the most perfect way, my perfect way, to celebrate the incredible journey that my tennis career has been,” Barty said. “As a person, this is what I want. I want to pursue other dreams that I’ve always wanted to do.”

Barty won her first Grand Slam at the French Open in 2019, before adding a Wimbledon title in 2021 and the Australian Open in 2022, in which she became the first Australian to win the event in 44 years. She spent 121 weeks at the top of the WTA rankings, including the last 114 weeks. Overall, she captured 15 singles titles in her career and posted a record of 305-102 in singles. This year, she was a perfect 11-0 with two titles.

But titles were no longer his driving force, he said.

“There was a change of perspective in me in this second phase of my career that my happiness did not depend on the results. Success for me is knowing that I have given absolutely everything that I could. I am fulfilled. I am happy I know how much work it takes to bring out the best in yourself. And I’ve told my team several times, it’s just…I don’t have that in me anymore,” Barty said.

“I no longer have the physical drive, the emotional desire, and everything else it takes to challenge yourself to the top of the level. I think I know that I am absolutely… exhausted. Physically, I have nothing left to give. And that for me is success. I have given absolutely everything I can to this beautiful sport of tennis and I am very happy with that and for me that is my success.”

Barty, who walked away from the sport in 2014 to pursue a professional cricket career before returning two years later, acknowledged many “can’t understand” his decision to leave at the age of 25 and at the top of his sport.

“Okay, I’m okay with that, because I know that for me, Ash Barty, the person has so many dreams that they want to pursue that don’t necessarily involve traveling the world, being away from my family, being away from home, which is where I always wanted to be,” Barty said.

Though she’s walking away from tennis, only the second female player to hang it while ranked No. 1 (Justine Henin also did it in 2008), the game won’t be far from Barty’s heart.

“I will never, ever stop loving tennis,” Barty said. “It will always be an important part of my life, but right now I think it’s important that I get to enjoy the next phase of my life as Ash Barty as a person, not Ash Barty as an athlete.”

In a statement released by the WTA, CEO Steve Simon called Barty “the ultimate competitor” and said she “has always led by example through the unwavering professionalism and sportsmanship she brought to every match.”

“She will be missed,” Simon wrote.