Ten forgotten treasures of Spanish furniture from the 1930s 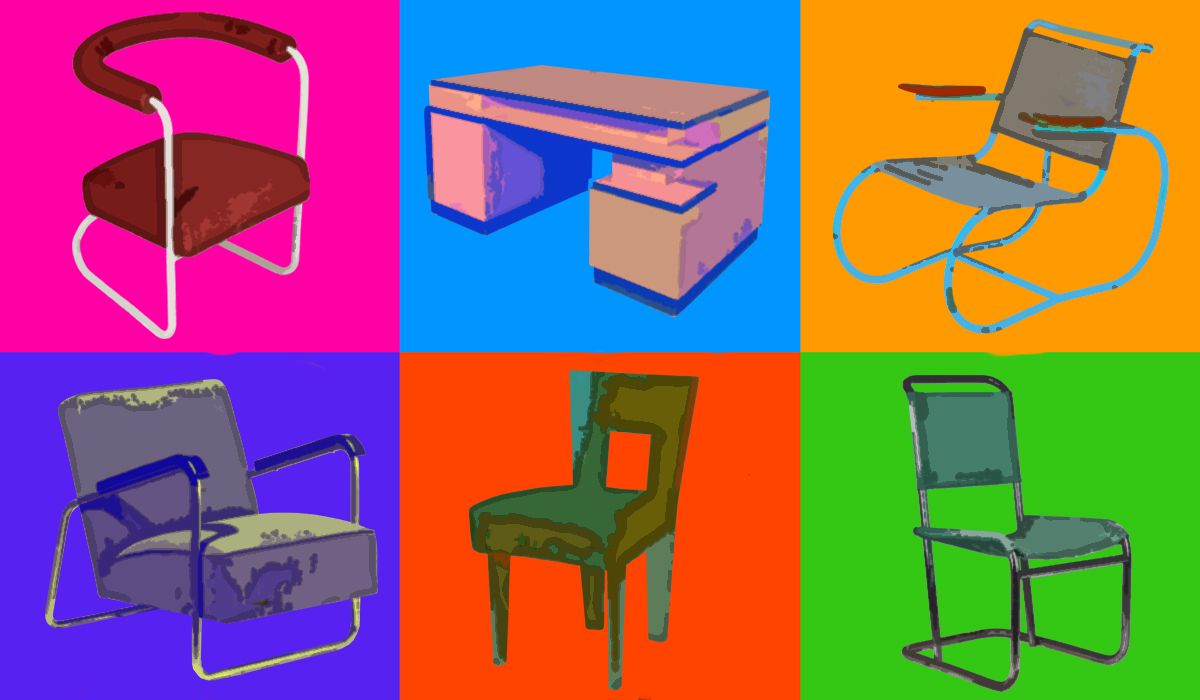 “Modern living”, “Good taste”, “An elegant home”: 1930s advertisements proclaimed from the rooftops that modernity was invading Spanish homes without complexes. Today, catalogues, photographs, trade journals and patents from the past, along with newspaper advertisements, form some of the guides to the exhibition The modern zealwhich can be visited below National Museum of Decorative Arts from Madrid until October 23rd.

After two years of research, this exhibition, which aims to represent Spanish society in the 1930s through its furniture and interiors, will culminate in a catalog published by the MNAD, which will see the light of day next autumn. Architect Pedro Feduci and art historian Pedro Reula curated the exhibition to prove that 1930s Spain showed an air of modernity in terms of furniture design and interior design, two subjects they have always banished compared to other disciplines such as of the architecture recede into the background.

According to the curators, “It is important to know how and why furniture is used in society. Sociologically and materially they are important. There is always a story behind a chair because it tells a lot about the people who have used it. Looking at its design, whether it’s made of wood or steel, says a lot about a country’s history, as is the case with art, for example, which says a lot about society.”

The appointment in National Museum of Decorative Arts shows the cultural change that Spain experienced from the late 1920s through a selection of some of the most outstanding pieces of furniture of the period: ten key pieces that Feduci and Reula consider essential for understanding the 1930s in Spain. Each piece is a discovery due to the scarcity of the copies that have survived, because they are almost unique or because they were designed by important Spanish architects and manufacturers of the time.

The Sacha armchair was designed in 1930 for the Sacha Cafeteria in San Sebastián by the same architects who designed the premises, Aizpurúa and Labayen, also authors of the famous Donostia Yacht Club. It is one of the most outstanding pieces of the exhibition, as it is one of the first chairs made in Spain using bent tubular steel, a novel technique that made it possible to create these forms of continuous lines. They were made by the Basque company Dámaso Azcue, specializing in natural fiber furniture, which also made them in a woven version for use outside the cafeteria. Part of the architect Rafael Moneo’s collection, these seats have been reupholstered to their original appearance based on photographs found in an ABC newspaper article about the exhibition Modern architecture and painting.

The Domínguez armchair was designed in 1931 by Carlos Arniches and Martín Domínguez for the Albergues de Carretera, a project to promote tourism at the time. It was also used in the 1990s and revisited by the Punt Mobles company for the rooms of the Residencia de Señoritas of the Residencia de Estudiantes in Madrid, the work of the same architects who in turn signed the Zarzuela Hippodrome in collaboration with Eduardo Torroja. Crafted from oak and dated circa 1932, they “represent a modernity closer to the Arts & Crafts movement or style art deco Mainly because of the use of wood. It is a purification of the popular chairs of the time, as it lacks the ornamentation typical of the period, in which carved ornamentation was prevalent,” comment the curators.

Property of the MNAD, it is one of the first chairs to be manufactured by Rolaco, a pioneering company in Spain in the manufacture of cane furniture, born in Madrid and with a shop on Gran Vía Street. It was patented in 1932 and its authorship is the Attributed to German creator Otto Winkler, who was artistic advisor to the firm. What makes it a jewel of the time is that it is a unique example of Rolaco, one of the most famous contemporary furniture manufacturers, the result of the merger of two already existing companies: Mac, founded by engineers José María Fernández de Castro and Eduardo Shaw to manufacture furniture from bent tubular steel and Rolaco to manufacture neon tubes and contemporary furniture.

In 1933, the emergence of cane furniture manufacturers in Spain was associated with the spread of this type of pieces in department store windows, very popular at the time. This model is unique and little known because there is hardly any patent data. It is relevant to the modernity of its design and to the continuity pursued through the curvature of the tube. There is also a rocking chair version. “It’s a very expressive chair due to its rigorous and more organic wooden arms, and we chose it for its originality and its white finish over chrome,” comment the curators.

The 163 armchair is Valencian and manufactured by Muebles Mariner, another company that experienced great growth in the 1930s. Despite the fact that Mariner was a very productive factory, this piece is one of the few original copies left by the Valencian company. It has a more specific broken vibe than other chairs made in Spain at the time, inspired by models by Thonet, the Viennese house that pioneered the use of broken wood. “It has a very recognizable international style and a more accentuated personality,” the curators add. Its year of manufacture is unknown, but it probably dates from the first half of the 1930s and belongs to the Fundación Alfaro Hofmann collection, which loaned it for the exhibition. Mariner confirms that Valencia has always been a nerve center for furniture making. Another outstanding Valencian company was Martínez Medina (which, although currently divided, survives), to which are added in other provinces Arturo Marangoni in Barcelona, ​​​​​​Toledo Furniture or Salvador Solá.

Desk of the Hotel Capitol, by Luis M. Feduchi

Made of oak with black stained edges, Feduci’s trademark, this table is characterized by a very modern and architectural character. Its shapes recall the curved facade so characteristic of the Carrión building in Madrid, the mythical “Capitol” – for several generations of Madridians the Schweppes building – by the architects Luis Martínez Feduci and Vicente Eced. Like all the furniture and interiors of the building, it was designed by Luis Martínez Feduci, to whom a separate room is dedicated in the exhibition, and is the only surviving desk. “His style moves away from the more rationalist bent tubular steel furniture and has a poignancy akin to Erich Mendelsohn’s architecture, more expressive and closer to movement Art deco, but not far from a certain modernity,” they suggest.

Founded in 1931, this bar was the first cocktail bar in Spain to be opened by barman Perico Chicote, who commissioned a decoration art deco – today intact -, in the style of American cafes, by the renowned architect Luis Gutiérrez Soto. Manufactured by Rolaco, it is a piece of great importance for Spanish design of the 1930s because it was one of the first curved steel chairs to be seen outside of the private sphere and because it is still used today in the Chicote Museum, where You can still find him sitting on one of those design icons in the original environment designed by the rationalist architect.

Josep Lluís Sert, the most famous, relevant and internationally recognized architect of the 1930s, designed this chair for the Roca jewelry store in Barcelona, ​​​​the interior design of which also bears his signature. The historical importance of Sert’s architecture, together with the scarcity of the furniture he created, gives relevance to this chair, which belongs to the collection of the National Art Museum of Catalonia. “It’s one of the icons in the design canon of 1930s Spain and it’s possibly one of the two or three most published and widely distributed pieces of Spanish design,” explain Pedro Feduci and Pedro Reula. “Stylistically, it’s light and embodies pure rationalism very well, since the only ornament it has is the leg, which breaks when it hits the back. This small angle represents a stylistic and constructive resource of the GATCPAC, the group of Catalan architects and technicians for the advancement of contemporary architecture, an architectural movement that emerged in 1930 led by Sert and that wanted to modernize the architectural scene,” they point out.

It’s an anonymous piece, but it’s likely designed by GATCPAC members Josep Clavé, Josep Lluís Sert, and Germán Rodríguez Arias. Manufactured in 1936 by a company called MIDVA, it was used to furnish the Spanish Pavilion at the 1937 Paris World Fair. It represents a return to popular Spanish furniture, a transition from the cold and technological phase of the curved tube to a return to furniture archetypal and popular Mediterranean. His closest reference are the Mallorcan armchairs interpreted by rationalist architects.

Desk manufactured by the Viuda de José Rivas company, one of the companies that supplied steel furniture to GATCPAC. Very few copies of this collaboration survive, and this is one of them. Therefore it is particularly valuable.