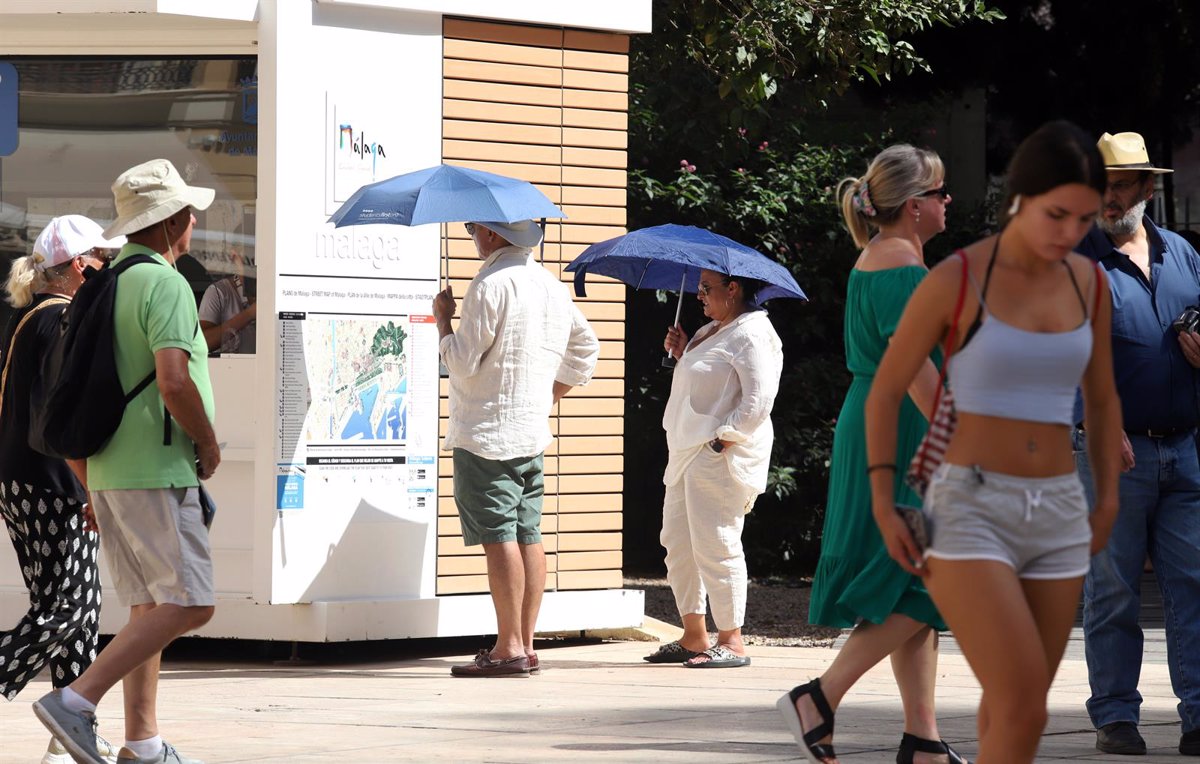 The State Meteorological Agency (AEMET) sees it as likely that the current hot spell – planned between July 30th and 5th with an August characterized by “very high” temperatures in the centre, the southern plateau, Andalusia and southern Galicia has begun. In addition, she forecasts that the next few days will continue to be very hot, with extreme temperatures, albeit with slightly lower readings from Wednesday.

The spokesman for AEMET, Rubén del Campo, has indicated that on August 1, values ​​​​of up to 44.6 ° C were reached in Candeleda (Ávila). 43ºC in Almadén (Ciudad Real) and in Talavera de la Reina (Toledo) and 42.8ºC in Rivadavia (Orense) and in Badajoz with 42.4ºC. As a minimum, he highlighted that Plasencia (Cáceres) in the morning from July 31 to August 1 did not fall below 28 ° C and another 50 weather stations did not fall below 25 ° C, that is, the nights were hot, especially in the Mediterranean. , the center and the south of the peninsula.

According to the spokesman, the morning from Monday to Tuesday was again very warm and it did not go below 25º C in about 50 stations and even in points of the Canary Islands such as San Bartolomé de Tirajana (Gran Canaria). were “very close” to the minimum 30ºC and in Barcelona the mercury did not fall from 26.8ºC at the airport and 26.6ºC at the Maritime Museum.

In the next few days, the “very hot” environment will continue, with daytime temperatures this Wednesday starting with a very hot and hot morning again in points of the Mediterranean, central zone and half-south. Del Campo points out that on that day they will drop “slightly” at points to the north and west, but will continue to be “very high”, above 35ºC or 36ºC in most of the interior of the Peninsula and Balearic Islands and exceed 40ºC even in the Tajo valleys. , Guadiana and Guadalquivir.

On the other hand, the spokesman is forecasting afternoon thunderstorms on both Tuesday and Wednesday as the clouds of daily development will grow. These storms can be locally strong and accompanied by intense hail squalls in the central area, selectively in the southern half and also selectively on the eastern peninsula.

From Thursday and into the second half of the week, the AEMET forecasts that the very hot environment in Spain will continue, albeit with slightly decreasing temperatures that will continue to exceed 35 or 36ºC and 38ºC in a good part of the Peninsula and the Balearic Islands thirty-eight or punctually 40ºC in the valleys of the Tagus, Guadiana and Guadalquivir and will be “slightly cooler” in the interior of Galicia.

Similarly, the second half of the week has tropical nights in the Mediterranean, Ebro Valley, central zone and southern half.

At night, the coolest values ​​will follow in the interior of Galicia, the northern plateau, sporadically in the northeast of the peninsula and in the Bay of Biscay, where the sky will remain cloudy.

As for the Canary Islands, Del Campo reports that they will also have hot days for the rest of the week, particularly in Lanzarote and Fuerteventura, southern Tenerife and Gran Canaria. In fact, he has commented that temperatures in the central plateau of southern Gran Canaria can exceed 36ºC in areas exposed to the trade winds, which can blow strongly. Likewise, it warns the archipelago that it will have cloudy skies due to a dust build-up that will cause haze.

Previous articleA turning point in the parties: when the principles dwindle
Next articleDrama “Everything that matters”: Lisandra Bardél bids farewell with a fanfare