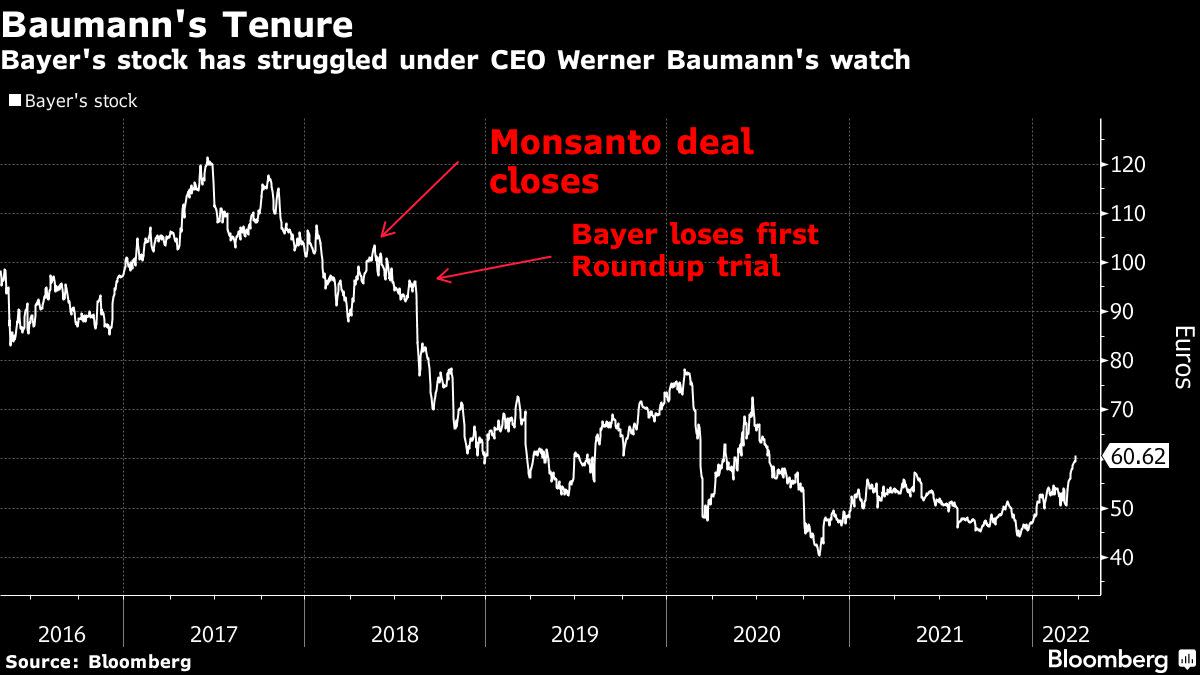 (Bloomberg) — Another shareholder is pushing for a change at the top of Bayer AG: According to informed circles, Singapore’s state fund Temasek Holdings Pteis wants CEO Werner Baumann fired.

According to people familiar with the situation, who did not want to be named, Temasek expressed dissatisfaction with the current leadership with supervisory board chairman Norbert Winkeljohann. The investor has long had doubts about Bayer’s operating performance under Baumann and complained about a lack of succession planning.

In the run-up to next month’s annual general meeting, various options will be considered, including a vote of no confidence in Baumann or a refusal to fire management, he said. Both would significantly increase the pressure on the supervisory board to take the lead.

Final decisions on how to proceed have not yet been made and Baumann cannot be fired, the people said. Temasek declined to comment. Bayer referred to a response to Swiss investor Alatus Capital, who also criticized Baumann, and declined to comment further.

Temasek is the second major shareholder to attack the management before the general meeting. Alatus had previously spoken out against granting Baumann and his management team discharge at Bayer’s Annual General Meeting on April 29, noting the considerable loss in market value during his tenure.

However, the Singaporeans’ movement carries far more weight, especially as such an activist approach is unusual for the company. Temasek has been a major shareholder in the German company since 2018 and helped Bayer in its controversial $63 billion acquisition of Monsanto Co.

Investor frustration with the company’s leadership could also prompt Bayer, once the darling of Germany’s Dax index, to reconsider calls for the company to be broken up into agriculture, pharmaceuticals and health care sectors.

- Advertisement -
Share
Facebook
Twitter
Pinterest
WhatsApp
Previous articleAfter the Cologne “crime scene”: How often is the last rescue shot fired?
Next articleWorld Cup qualifiers: Algeria and Tunisia are the closest to qualifying… and the possibilities are open