Telefónica is turning to Latin America, which accounts for 39% of its total business 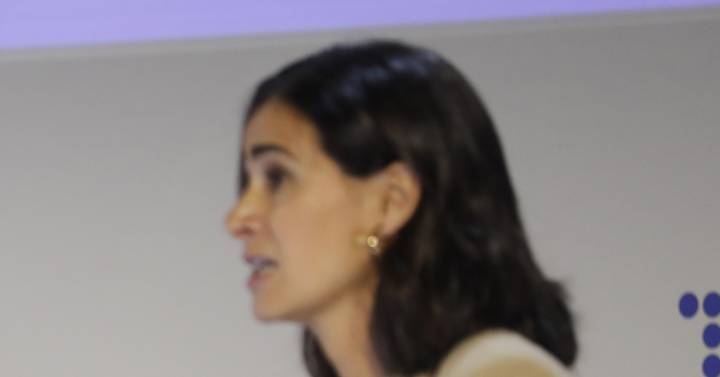 After many quarters of setbacks, the Latin American markets are regaining weight in Telefónica’s balance sheets. In the first half of the year, the sum of the Hispam and Brazil divisions contributed 39% to the group result, compared to 35% in the previous year. In turn, the combined oibda of the two divisions accounted for 38% of the group total, up from 33% in the previous year.

Broken down by business area, Telefónica Brazil increased its revenue between January and June by 26.6% in reported figures and by 7.6% organically to EUR 4,199 million. For its part, Hispam recorded €4,526 million in revenue, up 14.7% reported and 4.3% up organic.

In terms of profitability, Hispam’s Oibda accelerated its annual growth to 10.2% between April and June, compared to the 2.3% increase in the first quarter, thanks to the boost from Peru with a 52.7% increase, and Chile at 18.5%, but here due to the positive effect of the capital gain from the sale of a data center for 30 million). The development is similar in Brazil. Oibda is up 8.5% in the second quarter compared to 1.6% in the first (17.0% in reported numbers) thanks to revenue growth, efficiency gains and the contribution of wireless access from its competitor Oi, whose acquisition was announced in April completed, offsetting the effects of inflation and corporate spending.

Under these circumstances, operating cash flow (Oibda capex) grew organically by 27.9% in the first half of the year, “thanks to the restructuring of operations, the increase in efficiency and the rationalization of investments,” said Laura Abasolo, Finance Director of Telefónica and head of Hispam, in the conference calls with investors after the balance sheets were announced.

If in previous years currency fluctuations had a negative impact on Telefónica’s accounts, this time the impact was positive. In the financial report of the results of the first half, the operator highlighted that the exchange rate made a positive contribution year-on-year, mainly due to the appreciation of the Brazilian real against the euro, which contributed 526 million euros to sales, 187 million to OIBDA and 127 million to free cash flow.

In terms of operations, revenue grew for the second consecutive quarter in all countries on the continent, both organically and reported. According to Telefónica, despite the intensity of competition, Telefónica has continued to capture the high demand for connectivity in the region, mainly in mobile contracts, fiber to the home (FTTH), cable and internet television. For example, FTTH and cable and Hispam subscriptions topped 4.62 million, up 19% from a year ago, while mobile subscriptions rose 4.8% to 24.20 million. In the case of fiber, the operator has been favored by the investment vehicles set up with KKR in countries like Colombia and Chile.

In Brazil, the operator has exceeded the level of five million fiber connections, 24.8% more than a year ago, mainly thanks to the promotion of the fiber optic vehicle set up with the Caisse de dépôt et Placement du Québec (CDPQ) and agreements with local operators or American Tower.

Telefónica Brazil grew its mobile phone contracts by 20.1% to 43.14 million connections. In this case, the growth resulting from the above-mentioned acquisition of Oi’s mobile phone systems, which has led to the incorporation of more than 10 million lines for Telefónica Brazil, which has a total of around 100 million mobile lines. Excluding Oi, the net growth in the line pool of the operator, which just switched on its 5G network, was around 1.7 million lines between January and June.

In Hispam, mobile subscriptions increased by 4.8% to over 24.2 million lines.

Telefónica has not changed its strategy to reduce its exposure to Latin America. In which conference calls Along with analysts, after the presentation of the half-year results, José María Álvarez-Pallete, President of the operator, confirmed that the strategy remains intact in relation to Hispam, a division that consolidates activities in the region excluding Brazil.

“We remain committed to modulating our exposure to the region to enhance our return on invested capital, as we have done over the past two years,” said the executive. According to Pallete, the company has applied a new disruptive model, both from an organizational and infrastructural point of view, which has allowed the company to turn the business around. “By combining both things, we were able to reduce capital employed in the region by 12% last year and by 33% since 2019,” explained the executive, who insisted that Telekom will continue to implement this strategy.

Pallete also pointed out that Latin America is facing a more favorable environment.

In late 2019, Telefónica approved the creation of Hispam to pool assets in the region, with the intention of exploring various options, from a sale to getting an investor on board. The telecom company hasn’t sold any of its major divisions in the region, although it has allowed investors to get into its fiber-optic subsidiaries.

Telefónica has also sought to reduce risk by increasing its debt in local currencies, thereby avoiding the impact that the deterioration in business in the region had on its debt in euros. With this strategy, Telekom has reduced the risk in recent years. However, the appreciation of the real against the euro in recent months, together with the issuance in the Brazilian currency, has had a negative impact on the group’s debt of almost 900 million.

Previous articleUNAIDS, UNICEF and WHO launch new global partnership to end AIDS in children by 2030
Next articlePrincess Victoria: her daughter Estelle too young to have fun in concert? Hof reacts to outrage among politicians