Tebboune: French “colonial crimes” in Algeria will not be subject to prescription 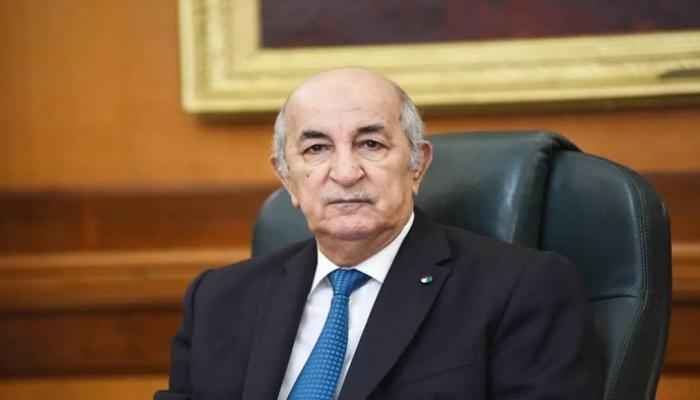 The Algerian president, Abdelmadjid Tebboune, considered that the “crimes of French colonialism” in Algeria will not prescribe and called for a “fair treatment” of the memory file.

This was stated in a message published by the Algerian presidency on the occasion of the sixtieth anniversary of the signing of the “Evian” agreements that paved the way for Algerian independence.

And the message, which was posted on social media and government media, read: “Omens of victory shone in the skies of Algeria that day, and the Algerian people drew strength and determination from it, to face the effects of massive attacks and horrific destruction…and horrific total devastation, which testifies to the heinous crimes of colonialism, oblivion, and the statute of limitations will not expire.”

Tebboune added in his “Victory Day” message that “responsible, fair and impartial treatment of the archive of memory and history in an atmosphere of openness and trust is not inevitable.”

He recalled his country’s demand to “recover the archive, clarify the fate of those who disappeared during the glorious war of liberation and compensate the victims of nuclear tests” that began in 1960 and lasted until 1966, four years after independence. the Argelia.

On March 18, 1962, the French government and the Provisional Government of the Republic of Algeria signed the Evian Agreements (a region in central-eastern France), which provided for a ceasefire at noon the next day after more than seven years. of war.

The agreements also provided for the organization of a self-determination referendum that took place on July 1, 1962, in which Algerians voted overwhelmingly in favor of independence and ending 132 years of French colonialism.

Since President Emmanuel Macron assumed the French presidency, he has taken a number of initiatives related to memory, including commissioning historian Benjamin Stora to produce a report on “purifying memory related to colonialism and the war in Algeria”, which he delivered to the French president. in January 2021.

Among the latest healing initiatives between the two peoples, the French ambassador to Algeria laid a floral offering on Thursday at the site of the murder of the Algerian writer Mouloud Pharaoh, along with five of his companions, at the hands of the “Organization of the Secret Army “. which rejected the independence of Algeria and included the French.