Teamwork: a dog pushes his owner’s wheelchair to sell candy 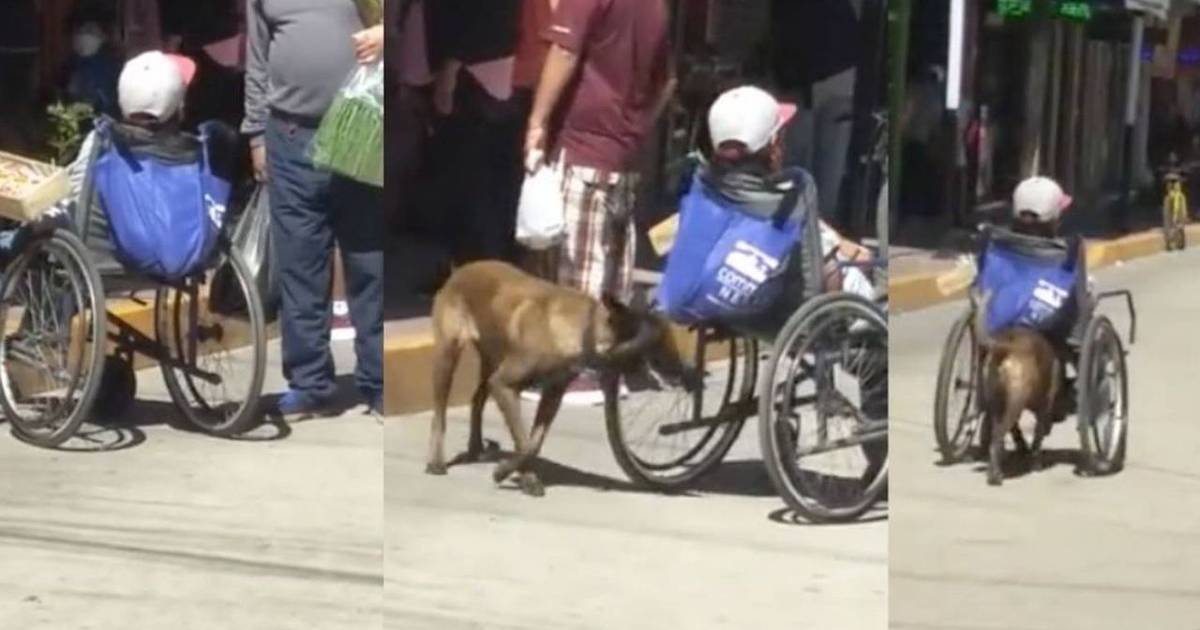 There is no doubt that dogs are man’s best friend. On more than one occasion, they have shown, by their nobility and their loyalty, that they are capable of completing us in our daily lives.

That is why in many homes they have become fundamental elements of the family.

Thus, the story of “Keily” and his owner Daniel went viral. The Belgian Shepherd dog is causing a stir on social media, thanks to his intelligence and loyalty to the 23-year-old.

It should be noted that Dani is dedicated to selling sweets in Ecatepec, State of Mexico, but he does not do it alone, but with the help of his pet.

Every day and at all hours, “Keily” pushes the wheelchair of its owner, in order to help him in his activities.

On the account of the Chinese application, a video has gone viral in which we see Daniel being helped by his dog, while a child shouts: “Here they are.”

In fact, the video is so impressive that it has reached over a million views, around 61,000 likes, and over 500 comments.

Among the words that netizens have dedicated to Daniel and “Keily” are:

As well as helping them push their wheelchair, the clever “Keily” also knows how to fetch items for her owner, as well as picking up things she drops.

“The key was that I didn’t treat her like a dog, but like a living being who is part of my family,” Daniel told the “Venga la Alegría” program.

- Advertisement -
Share
Facebook
Twitter
Pinterest
WhatsApp
Previous articleAndrea Berg: Disappointing cancellation! Florian Silbereisen is absent from the anniversary show
Next articleThe PP rebukes Sánchez for placing his former chief of press in the hippodrome: “They pee on us and we have to say it’s raining”