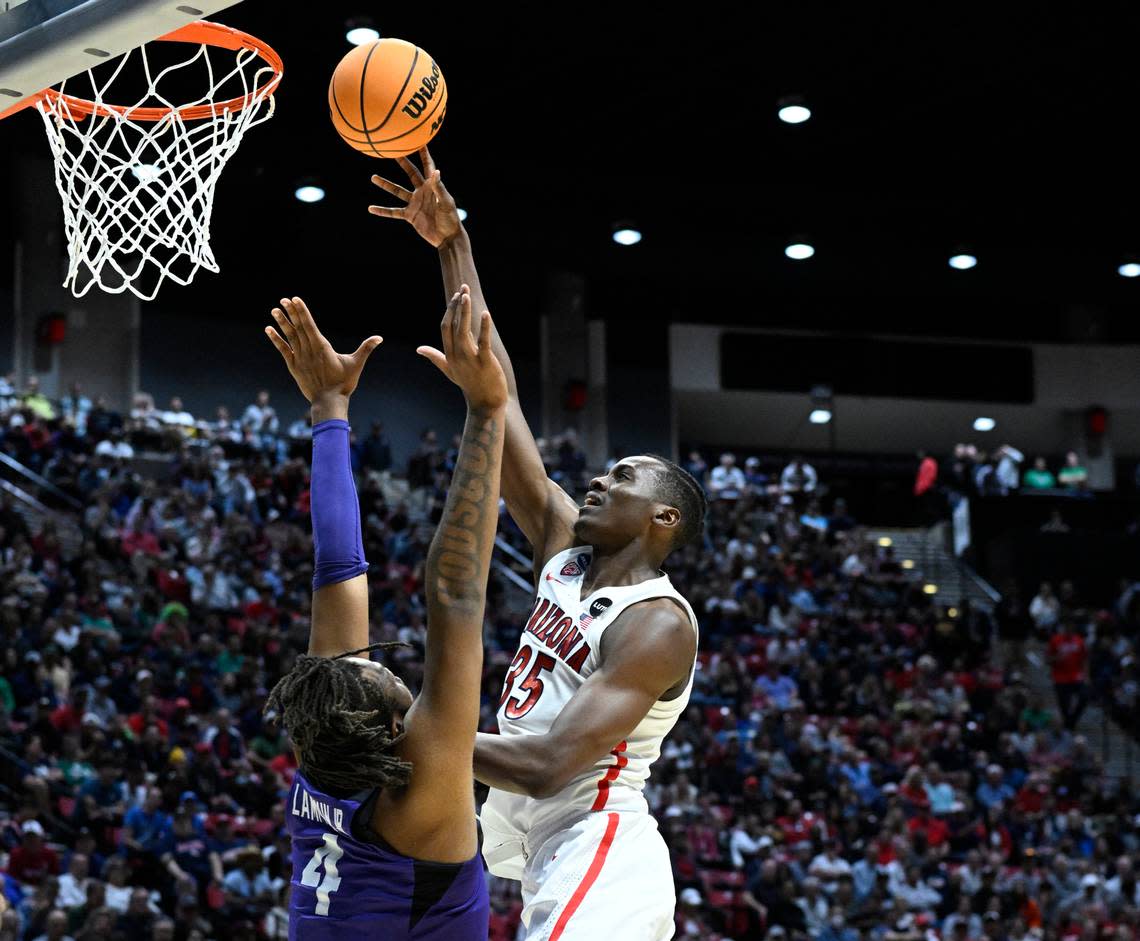 The Horned Frogs had Arizona on the ropes but couldn’t deliver the knockout blow in an 85-80 overtime loss Sunday night at Viejas Arena.

Arizona tied the game 75-75 on a 3-pointer by Bennedict Mathurin with 12.9 seconds left. TCU had a chance to win it in regulation time with the ball with 12.9 seconds remaining. Frogs shooting guard Mike Miles was pinned near midcourt by Arizona’s Christian Koloko and Dalen Terry.

Miles lost control of the ball after heavy contact with Terry. Terry picked up the ball bouncing toward the Wildcats’ basket and dunked it, but after time expired.

TCU led once in overtime, 77-76, following a second-chance layup by Emanuel Miller with 3:19 remaining, but Arizona scored the next five points to take an 81-77 lead with two minutes remaining.

TCU kept a surprising distance. Trailing 83-80 with one minute remaining, the Frogs had a potential game-tying shot, but Chuck O’Bannon’s 3-point attempt was short.

Arizona then took an 85-80 lead on Christian Koloko’s second-chance dunk with 11.1 seconds remaining to seal the victory.

That ended one of the best seasons in TCU history.

Arizona advances to the Sweet 16, where it will face fifth-seeded Houston on Thursday night in San Antonio. It will be the second game of a doubleheader, 30 minutes after the conclusion of 11-seeded Michigan and 2-seeded Villanova. The Michigan-Villanova game is scheduled for 6:15 pm on TBS.

Get the latest TCU athletics news delivered to your inbox every Thursday morning.