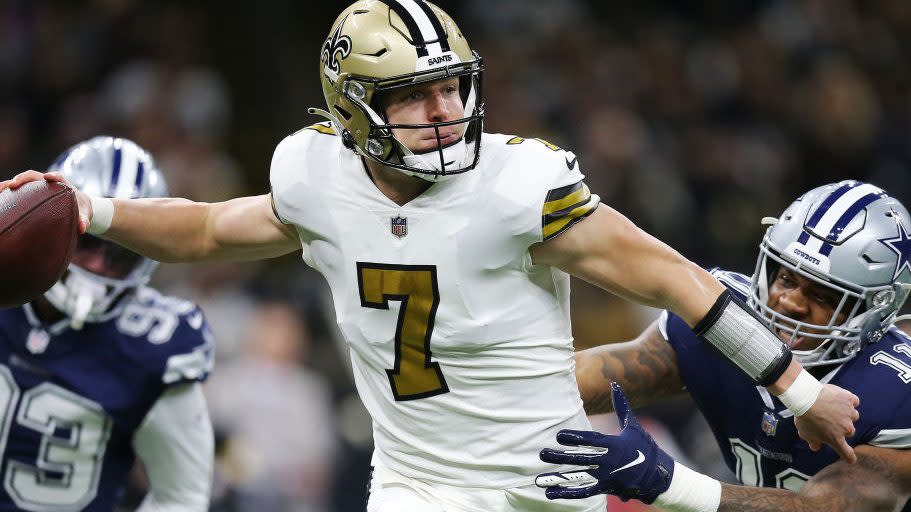 After unsuccessfully trying to trade Deshaun Watson, the Saints are no closer to identifying their starting quarterback than they were in February, when new coach Dennis Allen called the quarterback position “something we have to figure out.” But whoever the Saints’ starting quarterback is in week one, Taysom Hill appears to have been written off.

Hill, who is currently recovering from surgery to repair a Lisfranc injury in his left foot, is not part of the quarterback conversation in New Orleans, Saints beat writer Larry Holder said on SiriusXM Radio. .

That’s not a surprise, given that turning Hill from a complete athlete/playmaker to a quarterback was mostly an experiment Sean Payton wanted to try, and Payton is no longer in New Orleans. Hill will continue to contribute as a running back, receiver and special teams player, but Allen will look for a more traditional quarterback.

The only other quarterbacks on the Saints’ roster right now are Ian Book and Blake Bortles, and it’s hard to believe either of them will get the starting job. So the Saints are still in the quarterback market.

Jameis Winston, who started last season as the Saints’ starting quarterback and led them to a 5-2 record before suffering a torn ACL, would be the obvious choice. But it’s unclear if Winston will be healthy enough to start in Week One.

If it’s not Winston, trading for Baker Mayfield or Jimmy Garoppolo may be the best option. In the quarterback musical chairs game that has been this NFL offseason, the Saints don’t want to be left standing when the music stops.

Taysom Hill doesn’t seem to be part of the quarterback conversation in New Orleans. Originally appeared on Pro Football Talk.