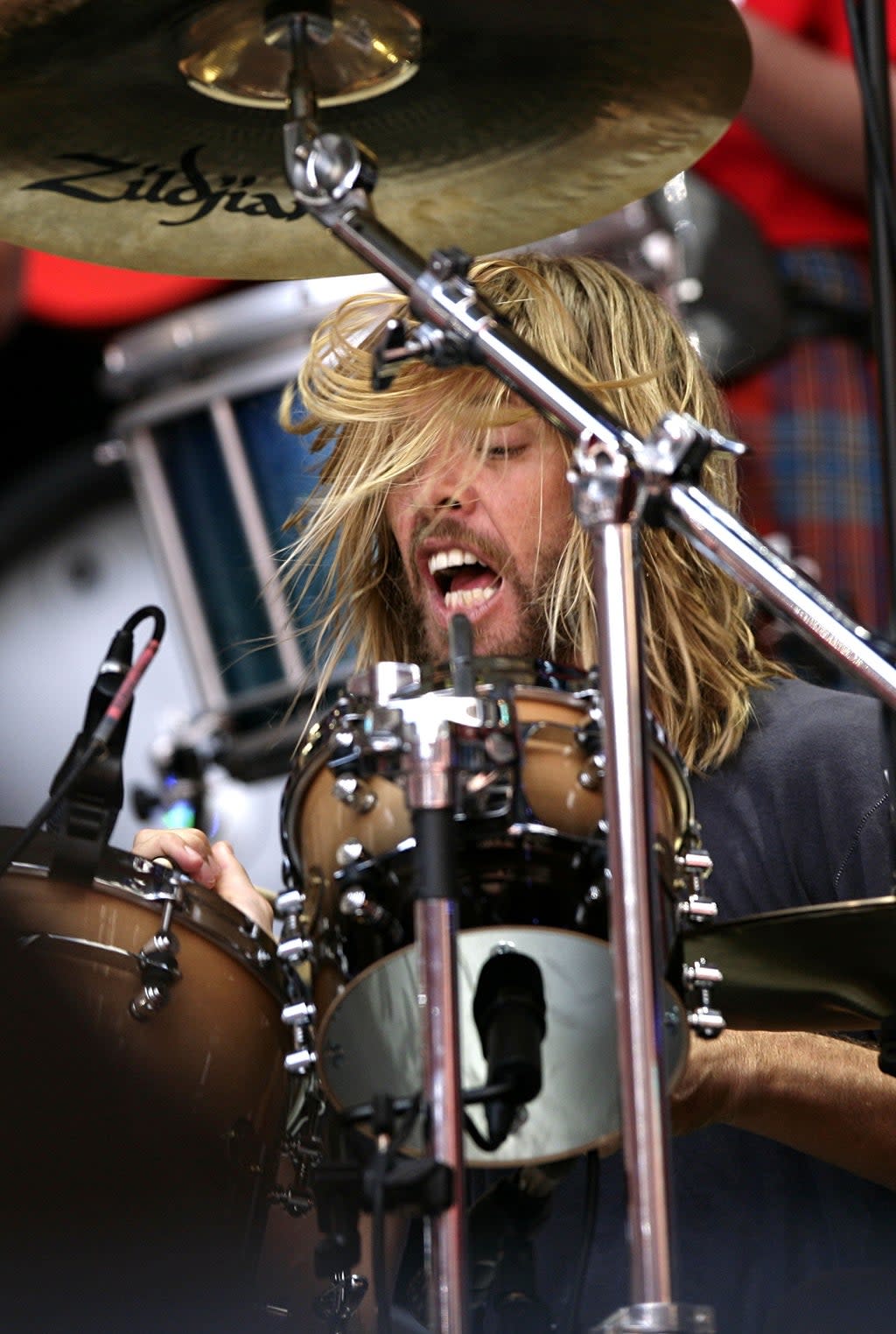 The Foo Fighters drummer was hailed as a “generous and cool person” as well as being an “incredible musician” and “unstoppable rock power.”

Hawkins’ death was announced by the band on Friday in the midst of a South American festival tour.

Miley Cyrus, who was part of the lineup alongside Foo Fighters at the Estéreo Picnic festival in Bogotá, Colombia, said she would dedicate her Saturday show to him.

“My favorite memory of Taylor is dancing around the drums while playing this song…” she posted on her Instagram story, with a photo of the Pretenders song Brass In Pocket.

“Playing it on repeat, imagining us laughing forever.”

Members of the rock band Nickelback said they were “absolutely in disbelief” at the news.

“Our deepest condolences to his family, his bandmates, his crew, his friends and everyone who has ever been touched by the music he created with @foofighters @Alanis and so many others,” the band tweeted.

“This is incredibly sad.”

“God bless you Taylor Hawkins,” he said, sharing a photo of them together.

“I loved your spirit and your unstoppable rock power. Rest in peace my friend.”

Former Beatles drummer Ringo Starr also expressed his condolences and wished “peace and love” for those close to Hawkins.

Oscar-nominated producer Finneas O’Connell said “the world was lucky” to have experienced Hawkins’ “gifts” before his passing.

“I’m so heartbroken to hear about the passing of Taylor Hawkins, what an incredible talent, that he didn’t need to be so kind and generous and cool, but he was all those things too,” he said.

“The world was so lucky to have your gifts by the time you did, rest in peace.”

British rocker Ozzy Osbourne praised Taylor Hawkins as a “great person and amazing musician” and promised to “see him on the other side”.

“@TaylorHawkins was a really great person and amazing musician,” he said.

Kiss member Gene Simmons said he was “shocked and saddened” by the news of Hawkins’ death.

He wrote: “Our prayers and condolences go out to the Hawkins family, friends and fans of @foofighters. Sorry.”

Sharing a photo of the musician on Twitter, Idol wrote, “So tragic. Rest in peace Taylor.”

“Our deepest condolences to Taylor’s family, his fans and, of course, his band.”

The US embassy in Bogotá also expressed its “sincere condolences” to the drummer’s family, friends and fans.

- Advertisement -
Share
Facebook
Twitter
Pinterest
WhatsApp
Previous articleHistoric prizes and a dazzling party… What do the fans expect from the Dubai World Cup for Horses?
Next articleRich, beautiful, sanctioned: the British put the daughter of Russian Foreign Minister Lavrov’s mistress on the sanctions list