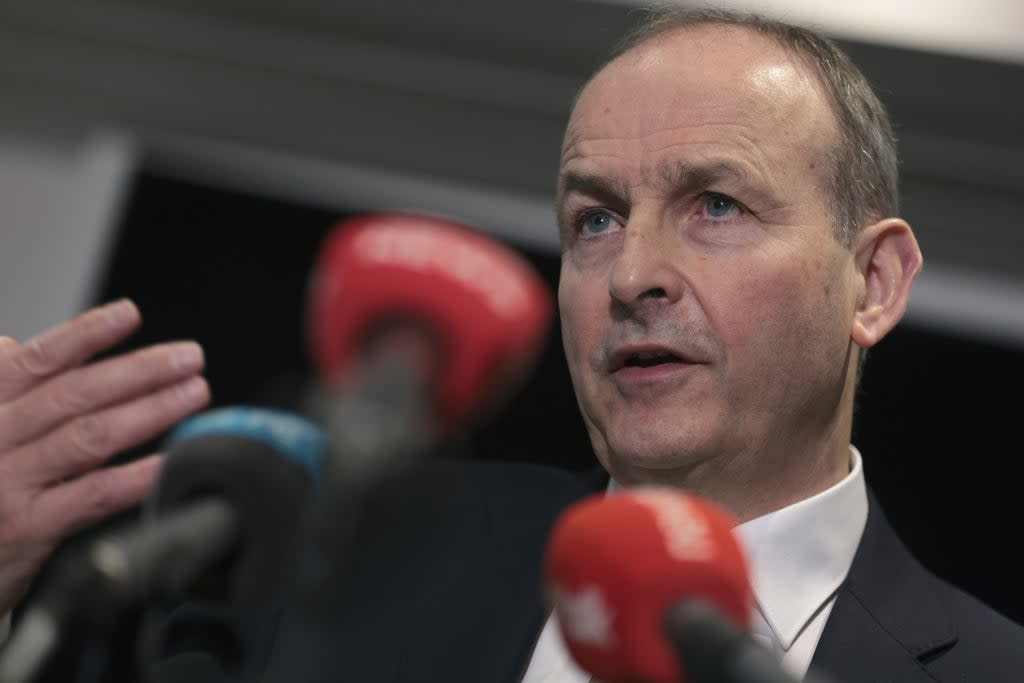 It means he won’t be able to meet US President Joe Biden in person later on Thursday as part of the traditional shamrock ceremony.

Mr Martin was due to speak at the Irish Funds 30th Anniversary Gala Dinner on Wednesday night.

He left the meeting after the positive result was confirmed.

Instead, Mr. Martin’s speech was delivered by Ireland’s ambassador to the US, Daniel Mulhall.

“I know all of you will join me in wishing the Taoiseach a speedy recovery,” he told the audience in Washington.

Early indications on Thursday suggested the event could be held virtually, but nothing has been confirmed.

It also casts doubt on whether the Taoiseach can return to Ireland for a national day of remembrance on Sunday to commemorate those who have died during the Covid-19 pandemic.

Just before the positive covid-19 test result was confirmed, Martin had been listening to comments from US President Joe Biden, who addressed the dinner on Wednesday night.

Biden had welcomed the Taoiseach to Washington and said he looked forward to renewing their friendship on Thursday.

Biden, who was greeted with a long round of applause and repeated cheers from the audience, was in good spirits as he addressed the meeting.

He welcomed Taoiseach Micheal Martin and recalled meeting him at the White House shamrock ceremony in 2009, when Martin was foreign minister and Biden vice president.

You are Taoiseach, I am president, what the hell are we going to do?

“We have reached the starting point.

“You are Taoiseach, I am president, what the hell are we going to do?”

Last year, Martin was forced to meet virtually with the President of the United States due to the pandemic.

All parties had been looking forward to an in-person meeting this year.

Addressing an audience that included House Speaker Nancy Pelosi and UK Secretary of State for Northern Ireland Brandon Lewis, Biden spoke passionately about his Irish heritage, but did not shy away from the multiple crises he faces. the world.

He said that Ireland was the only country in the world that was “nostalgic for the future”.

“But of course that means dealing with the present.

“In our time, we have seen more change and challenge, I think, than at any time in generations. A once-in-a-century pandemic and economic malaise and anxiety, existential threats, a climate crisis, and what we see today in Ukraine, an unprovoked war of aggression and just cruel, cruel, cruel treatment.

“The march of the reactionary forces of nationalism, nativism and isolationism, of the autocracies, not only in Europe. We have seen it all over the world. We have seen it here in the United States.

The president spoke of the alternative American tradition of the “strength, necessity, and resilience of democracy.”

President Biden also said that Ireland, the home of his emigrant ancestors, was now a leader on the world stage.

He described the Republic of Ireland as a “global force in culture and the arts”.

He added: “Leaders on the world stage, members of the United Nations Security Council, a country with a past that tugs at our hearts and a future that will shape the world.”

Mr. Biden was doneHe rounded off his remarks by recalling that both his distant grandfather and that of former President Barack Obama had left Ireland in the mid-19th century.

The two cobblers, the president told the room, could have met and left Ireland weeks apart.

“They left everything behind for an uncertain future.

“But I wonder, in all your dreams that you could never have dreamed, that each of your grandchildren would one day be president of the United States of America.

In his speech, the Taoiseach was to address the conflict in Ukraine, the importance of the Good Friday Agreement and his Government’s Shared Island initiative.

Instead, delivering the speech, the Irish ambassador said the conflict in Ukraine served as a reminder of how “fragile peace can be.”

Praising the support of US politicians in the peace process, Mulhall said: “We must not lose sight of the fact that peace and stability are organic and can grow and prosper, but they can also wither. They need attentive and willing guardians.

“The implementation of the Good Friday Agreement is therefore an ongoing process. Its impact has been transformational, and yet the work continues to reconcile communities and heal old wounds out of necessity.

“Your commitment to that cause is as important today as it ever was. It has already borne great fruit.”

Mulhall said the Irish government was committed to working with the UK government to “protect the gains of the peace process, including most recently in response to Brexit”.