‘Take it or leave it’: Convergència forced a supplier to issue false invoices for collection 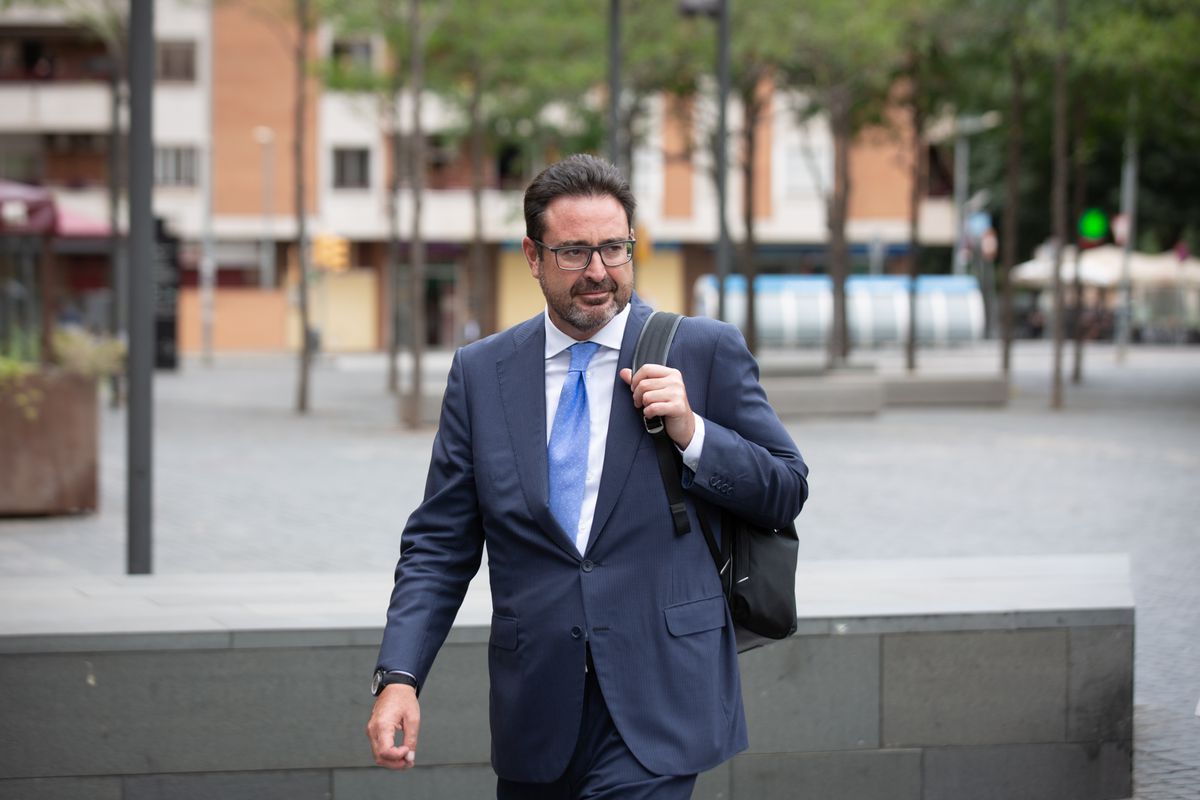 José Manuel Parra, a supplier to the defunct Convergència Democràtica de Catalunya (CDC), said in court this Wednesday that the party had “forced” him to issue false invoices if he wanted to collect the work he had done for the campaign game . “Either take it or leave it, they told me,” Parra said in a tax fraud trial based on a web of false bills that pinned, among others, former politician and businessman David Madí, right-hand man to the former president of the Generalitat Arthur Mas.

Parra confirmed what he had already confessed during the investigation phase: that it was Germà Gordó, former manager of Convergència and government secretary at Mas, who instructed him to contact Oriol Carbó, owner of Triacom. This company is the producer of some successful TV-3 programs such as The great dictate Y fish and chips and is, according to the indictment, at the epicenter of false calculations.

Carbó, who is under investigation in the 3% case – alleged payment of irregular commissions to Convergència in exchange for public works – has also admitted in court to the existence of this network of false invoices via Triacom, which allowed it to increase its cost and reduce its excess in this way the payment of VAT and business in 2011. Prosecutors are seeking a prison sentence of between one and two years for a total of eight defendants for tax offenses and embezzlement.

Parra provided the court with a recording of a conversation he had with Gordó – also prosecuted case 3%– in October 2011 confirmation of his dissertation. He decided to bring it to light in 2019, and this Wednesday he explained why. “They wanted to involve me in issuing invoices. I did it to show that I have nothing to do with cheating. I just wanted to be paid for a job I had done for the party and for which they forced me to be paid through Mr. Carbó and Triacom.” The businessman has argued that he has no complaint against Convergència out of “fear that losing customers”. And he added that to that end he limited himself to following the instructions given to him. “I got calls from Carbó and he told me the concept and the amount I needed to do.”

David Madí, is considered one of the members of the General Staff of the process — the Sanhedrin who helped organize the 1-O independence referendum from outside the government — is one of the businessmen believed to have participated in the round of bogus bills. The political consultant-turned-entrepreneur has assured that the two invoices issued to Triacom (over 194,700 euros) correspond to services actually provided on the subject of “strategic advice”. “[Carbó] He was a client and a friend, perhaps the smallest client of the office, but the jobs were real,” said Madí, who has interpreted Triacom’s owner’s acknowledgment of fact as “abusing procedural advantages.”

The interrogation between prosecutor Pedro Castro and Madí was tense. The prosecutor has wondered how, after a life in politics – from 1994 to 2011, after the elections in which he helped elevate Mas to President of the Generalitat – he was able to break into the business world so quickly. “I’m well-known in this country, it seems to me,” Madí defended himself, affirming that “he was considered a great expert on communication issues”. “Surely you don’t know the workings of a formal business,” he snapped when prosecutors asked him about a loan Carbó made to him when he started his consulting firm.

Madí has ​​said that he personally took on the jobs for which he was paid. When asked why there were no documentary traces of these occupations, he replied that no document recorded the progress and that the relationship was based on “trust” between the parties.

After leaving politics, Madí embarked on a brilliant career in the business world. In 2011 he was appointed President of the Advisory Board of the electricity company Endesa in Catalonia. He has held director or consultant positions at Telefónica, Deloitte or Applus+. Today he is President of Aigües de Catalunya, a subsidiary of Aguas de Valencia. Despite his formal retirement from the political arena, Madí has ​​continued to pull the strings of independence from the shadows, as evidenced by wiretapped phone calls Voloh case, from which direct and fluid contact with the main pro-independence leaders can be deduced. The businessman is in fact one of the investigators in this case, investigating the alleged tampering committed in the company’s shadow process.