Taika Waititi Praises Natalie Portman as Thor in ‘Love and Thunder’: ‘It’s Important That There Are More Female Superheroes’ 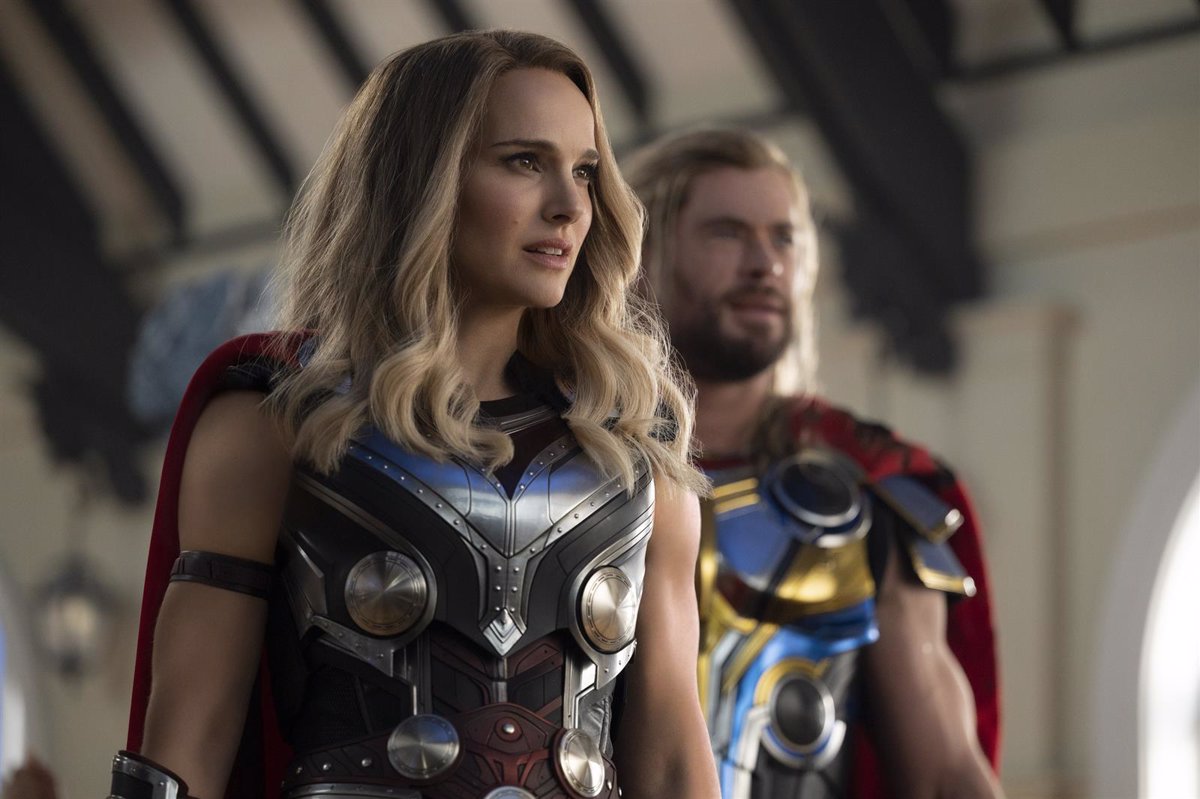 That Marvel Cinematic Universe returns to theaters this Friday, July 8th ‘Thor: Love and Thunder’the fourth film starring the Thunder God, played by Chris Hemsworth. Taika Waititi returns behind the cameras in this new episode in which he returns Natalie Portman reprising her role as Jane Foster who will become the Mighty Thor. “It’s important that there are more female superheroes in the cinema,” defends the New Zealand director.

In Love and Thunder, Thor, who accompanies the Guardians of the Galaxy on their adventures in space, must see Valkyrie again after meeting Gorr, who is called the Slayer of the Gods, who has begun to slay every deity in existence. A mission where is reunited with his old love, scientist Jane Foster. “Really, the biggest challenge the god of thunder has in this movie is to find oneself‘ Waititi explains in an interview with Europa Press.

“His biggest challenge is waking up every day, looking in the mirror and seeing his face. It’s seeing the person you’ve become, you don’t know who you are anymore. Everything he knew is lost, he finds himself without a clear goal. He no longer has a family, no longer a partner, he begins to question everything, from beginning to end. I hope we’ve provided an answer to your existential doubts,” continues the director, who is also signing the screenplay.

One of the fundamental aspects of the film is the remarkable presence of powerful female protagonists. “Jane Foster returns as Mighty Thor. In a way he comes back very different, now he has a lot more weight in the story. it is a superhero, but that’s not the most important thing, but we’ve evolved her character. This is also important, especially for young audiencesWaititi argues.

“It’s important to have references like Jane so that the entire public, men, women, boys and girls, sees female characters in these roles. That a boy or a girl can feel reflected, that they appreciate their courage, their strength. That’s important,” adds the filmmaker.We need to be more present when it comes to women’s roles, but we also need it to not think outside the boxadds Tessa Thompson.

“WE MUST BE REFERENCE ABOUT OUR GENDER”

“For example on the set, An actor’s two young children told me that Valkyrie was their favorite character and that was the great thing. I want us to be caregivers beyond our gender, we need to break down those barriers,” continues the actress, who defends Marvel’s commitment to diversity in this episode. “LFilms must be able to show us how the world should be“, he unmasks and emphasizes that it also has to work “even with the small details”.

‘Thor: Love and Thunder’ It is the third feature film that Taika Waititi has directed for a Disney company, having directed Thor: Ragnarok for Marvel, Jojo Rabbit for Searchlight Pictures and an episode of The Mandalorian for Lucasfilm. His next project, Next Goal Wins, is also being produced by Disney through the Searchlight Pictures label, showing the director’s trust in the company.

“There’s a commitment to talent that I like, I’ve also been able to work with professionals who have been lovely. I also think that within Disney, with factories like Pixar, there are very uplifting projects going on that go beyond monetary value. I like that they are betting on the family audience, but also that bring positive messages or stories that contribute a little moreWaititi explained.