Tahajjud prayer in Ramadan. All you need to know about the most important supererogatory prayers 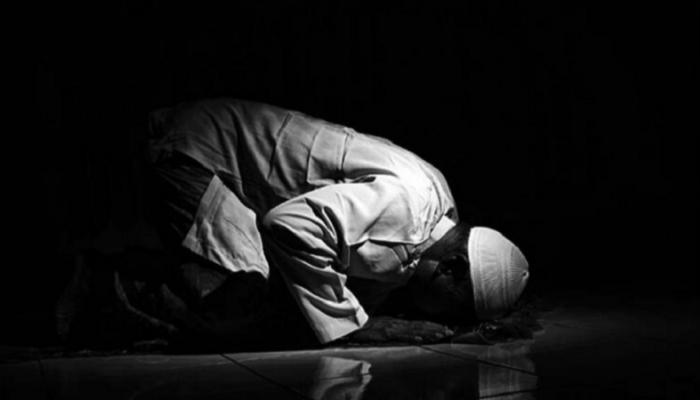 The Tahajjud prayer in Ramadan is among the supererogatory prayers that Muslims wish to perform in the holy month to get closer to God, so how to pray? And when? How many rak’ahs are there?

The holy month of Ramadan is the month of fasting, standing and reciting the Koran, the month of emancipation, mercy and forgiveness, the month of charity and charity, a month in which the doors of the Paradise and good deeds are done. multiplied, a month in which supplications are answered, grades are raised, sins are forgiven and God is generous with his servants with all kinds of dignity.

The fast of Ramadan is one of the five pillars of Islam that God has imposed on all Muslims, so whoever reaches the month and is healthy and not sick, or a resident and does not travel, fasting becomes a legal duty for him, either performing or making ready for it

An exception to this is very advanced old age, and those who have a chronic and serious illness from which it cannot be cured, these two cannot fast during Ramadan, neither to compensate nor to perform it.

The intention is one of the conditions of the heart and the determination to adhere to the intention to be rewarded. In order for the servant to distinguish by his actions between the habit and the cult, fasting is considered obedience and approach to Almighty God.

What is the Tahajjud prayer?

The Tahajjud prayer or what is known as “the night prayer” means getting up in the middle of the night and before dawn, and it is a Sunnah of the Prophet, and is not an obligation for all Muslims.

Linguistically, tahajjud is a five-act verb of the infinitive, hajd, which means to leave sleep, and this is true for the night prayer, so it is said: tahajjud during his night, which means he prayed at night.

As for tahajjud in terminology, it is waking up at night to perform the prayer. The Almighty said:

Although there are many searches on the “Google” global website for “Tahajud prayer in the morning prayer”, this is not true because the time for Tahajud prayer, including the supplications and despair that it includes, continues until the dawn call to prayer.

What is the origin of the Tahajjud prayer? 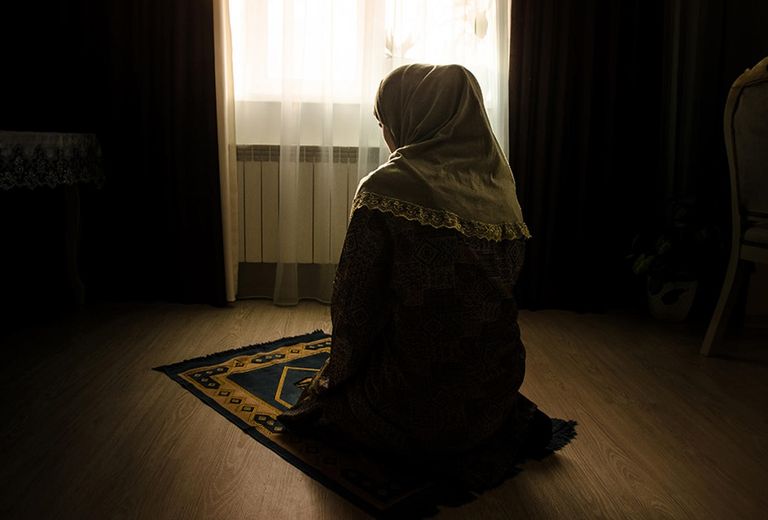 The Tahajjud prayer is a Sunnah, as reported by the Messenger, may the mercy and blessings of God be upon him, who said: (The most loved fast by God was the fast of David, he used to fast one day and break his fasted one day, and the most beloved prayer to God was the prayer of David.

The Egyptian Dar Al Iftaa stated that it was narrated by the Prophet, may the mercy and blessings of God be upon him, that the standing prayer is one of the best sunnah prayers a Muslim can perform after the obligatory prayer.

The Prophet, may the mercy and blessings of God be upon him, said: “The best fast, after Ramadan, is the month of Allah, Muharram, and the best prayer, after the obligatory prayer, is the prayer of the evening”.

The Tahajjud prayer has many virtues as it aids sincerity, contemplation, and understanding, and is a motive to atone for sins and sins.

And in a hadith of the Messenger, may the mercy and blessings of God be upon him, about the virtue of the Tahajjud prayer, he said: “You must perform qiyaam al-layl, because it is the practice of the righteous before you, and it is it is a closeness to Almighty God, a prohibition against sin, an atonement for wrongdoing, and a repellant from disease.”

When does the Tahajjud prayer begin?

Many people wonder about the timing of the Tahajjud prayer and according to Islamic law, the naafil prayer is only after performing the obligatory prayer.

Consequently, the time for the tahajjud prayer begins after the completion of the evening prayer and continues until the end of the night, so the entire night from after dinner until dawn is a time for tahajjud.

But the best time for Tahajjud prayer is at the end of the night or around dawn and it starts in the last third of the night. Where the Prophet (peace and blessings of Allaah be upon him) said: “I said: “I was afraid not to do the flapping last night, then lying, and you are sure that the night of the flight of the last, last night’s reading is broken, and so much the better.”

This hadith indicates that the best night prayer is the one that takes place at the end of the night, with the permissibility of tahajjud at the beginning of the night for one who fears sleeping and losing his virtue.

On the authority of the Messenger, may the peace and prayers of God be upon him, he also said: (Our Lord, Blessed and Exalted, descends every night, when the last third of night remains, to the lowest heaven, and He says: Who will call on me so that I will answer him?

How many rak’ahs of tahajjud and how many? 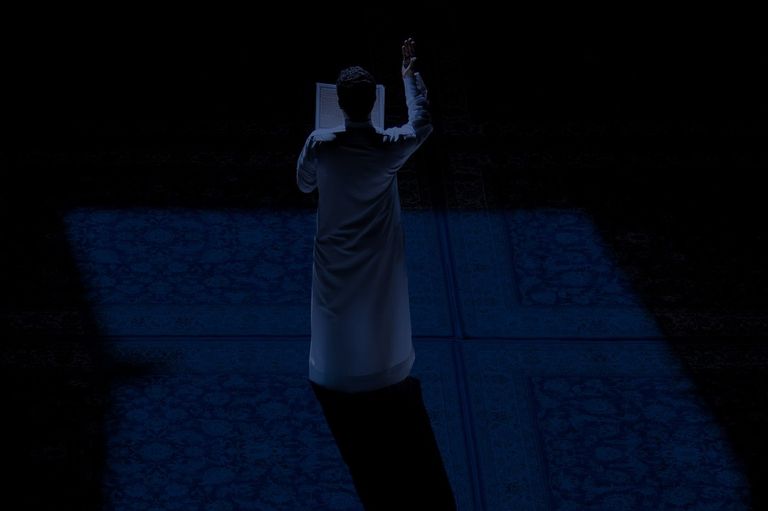 What is the number of rak’ahs for the Tahajjud prayer, a frequently asked question as the last ten days of the holy month of Ramadan approach.

The number of rak’ahs for the Tahajjud prayer in Ramadan varies according to the desire of each individual. The minimum number is two light rak’ahs and one rak’ah for witr, and the maximum is an unspecified number.

But the basic principle is that the worshiper concludes his prayer with one or three or five rak’ahs of Witr, and his evidence for that is the hadith in Sahih Muslim and narrated by Abu Huraira, may Allah be pleased with him, on the authority of the Messenger of God, peace and blessings be upon him, who said: “If one of you rises at night, let him open his prayer with you in prayer”.

As for the Tahajjud prayer method, it has many forms and situations where it is permissible to perform it, and one of these methods is for someone who wants to perform Tahajud to sleep, even if it is a short dream, then he falls asleep. he gets up in the middle of the night and prays two light units of prayer, then prays as many units as he wants.

Your sentence should be two sentence units. He gives salam after every two rak’ahs, and after completing what he wanted from the Tahajjud prayer, he prays one rak’ah as the Prophet, may the mercy and blessings of God be upon him, used to do. for him to pray three rak’ahs, or five.

And Mrs. Aisha, the Mother of the Believers, may God be pleased with her, explained what the Tahajjud prayer was like when she said that the Prophet, may the mercy and blessings of God be upon him: (He used to pray thirteen units of prayer at night, and prayed five rak’ahs of that, and only sat at the end of them).

And like the hadith of Aisha, may God be pleased with her, he, may God’s peace and prayers be upon him, used to pray nine prayer units at night, and would not sit down until the eighth. he prays two rak’ahs after taslim while sitting, so that is eleven rak’ahs, and when the Messenger of Allah (peace and blessings of Allah be upon him) prescribed the Sunnah and the flesh took it, he performed the witr with seven and did the same in both rak’ahs as he did in the first.

And in a version about her: “When the Messenger of God – may God’s peace and prayers be upon him – and the meat took him, he prayed the witr with seven rak’ahs. He did not sit except on the sixth and seventh , and he did not salute until the seventh, and in another word: he prayed only seven rak’ahs”.

That is, the Messenger used to pray nine units of prayer at night, and he would not sit in them until the eighth, then he would remember God, praise him and supplicate him. That is eleven rak’ahs.

Despite the many ways of performing the Tahajjud prayer, it is absolutely better for the servant to pray as the Prophet, may the mercy and blessings of God be upon him, used to pray.

But if a Muslim prays in another way, there is nothing wrong with that. If he prays Witr with only one after completing the Tahajjud prayer, or he prays Witr five rak’ahs, which he recited in full, and did not sit down until the last rak’ah.

Regarding the public and secret prayer of the Tahajud prayer, that is left to the discretion of the worshiper.

The difference between the Tahajud prayer and the night prayer. 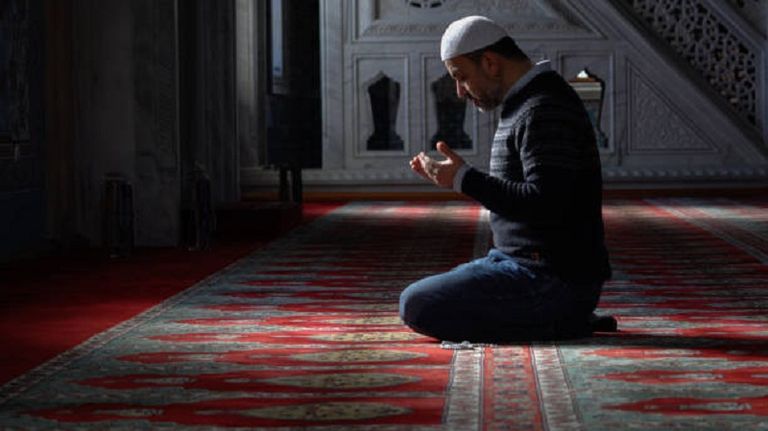 The Tahajjud prayer and the night prayer have more than one common denominator, each of them is a supererogatory prayer and is performed at night, but there are also differences between them.

The difference between the Tahajjud prayer and the night prayer is as follows:

It is any supererogatory prayer that is performed after the evening prayer or at any time of the night until dawn.

The night prayer is performed by praying, remembrance and supplication, reading the Qur’an and other acts of worship at any hour of the night.

It is what one prays from the night prayer after waking up from sleep, and tahajjud is after sleeping at night, even for a while, and then waking up to pray alone without other acts of worship, and it is preferable to be in the last third of the night.

It was reported on the authority of the great companion Al-Hajjaj bin Ghazia, may God be pleased with him, indicating this difference, where he said: “One of you thinks that if he gets up at night and prays until morning it becomes that he has performed Tahajjud. The Messenger of God, may God bless him and grant him peace).

What is read in the Tahajjud prayer?

There is no explicit text in Islamic Sharia stating that it is necessary to recite certain surahs or verses from the Noble Qur’an, and not others, in the Tahajjud prayer.

And what is proven on the authority of the Messenger of God, Muhammad, may the prayers of God and peace be upon him, who used to recite Surat Al-A’la, Surat Al-Kafirun and Surat Al-Ikhlas in the three rak ‘ahs of the Witr prayer.

Based on this, it can be said that it is permissible for a Muslim to read what he wants from the Book of Almighty God in Tahajjud prayer, and for what he reads, he will have the reward and reward of God, Blessed and Exalted. be He, and God knows best. 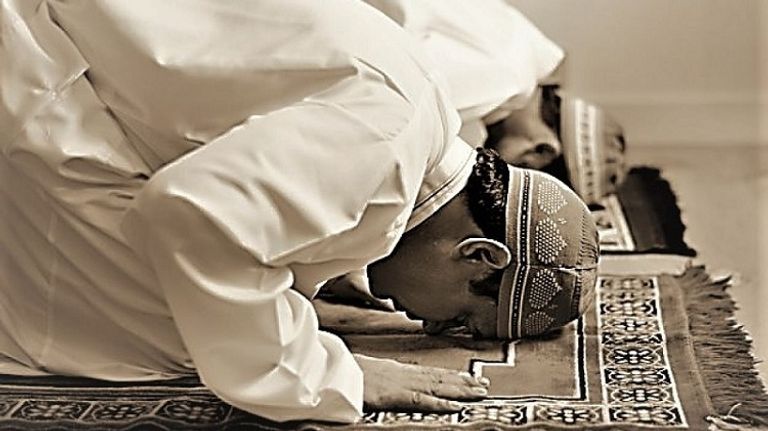