Table of top scorers in LaLiga after El Clásico 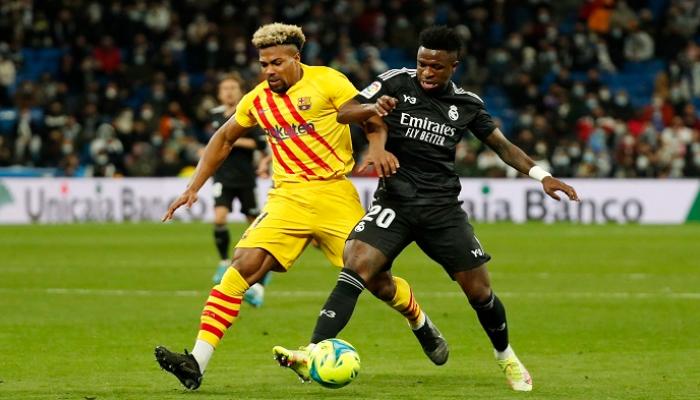 Karim Benzema, the top scorer in the Spanish League, missed out on his Real Madrid against Barcelona in the Clásico, only to suffer a crushing defeat for Real.

Barcelona earned a landslide victory over host Real Madrid 4-0 in the Spanish League Clasico, bringing them together (Sunday) on matchday 29 of the competition.

The Clásico, which was hosted by the Santiago Bernabéu stadium, a bastion of Real Madrid, saw the absence of Frenchman Karim Benzema, the top scorer in the Spanish League so far with 22 goals due to injury, which prevented him from continuing his streak. of brilliance in the last matches of the Clásico.

Despite this, nobody could come close to Benzema’s leadership, since the difference between him and his closest pursuers in the table of top scorers in the Spanish League remained at 8 goals, after his 14-goal colleague Vinicius Junior did not managed to beat Barcelona during the Clásico.

Vinicius remained in second place as the league’s top scorer, tied with Inés Onal from Getafe, and they were joined by Raúl de Tomás from ‘Espanyol’, after scoring a goal (Sunday) that led his team to victory by 1 -0 over Real Mallorca.