Sydney Possuelo: “The white man thinks he is smarter than the indigenous man because he wears a shirt and pants” 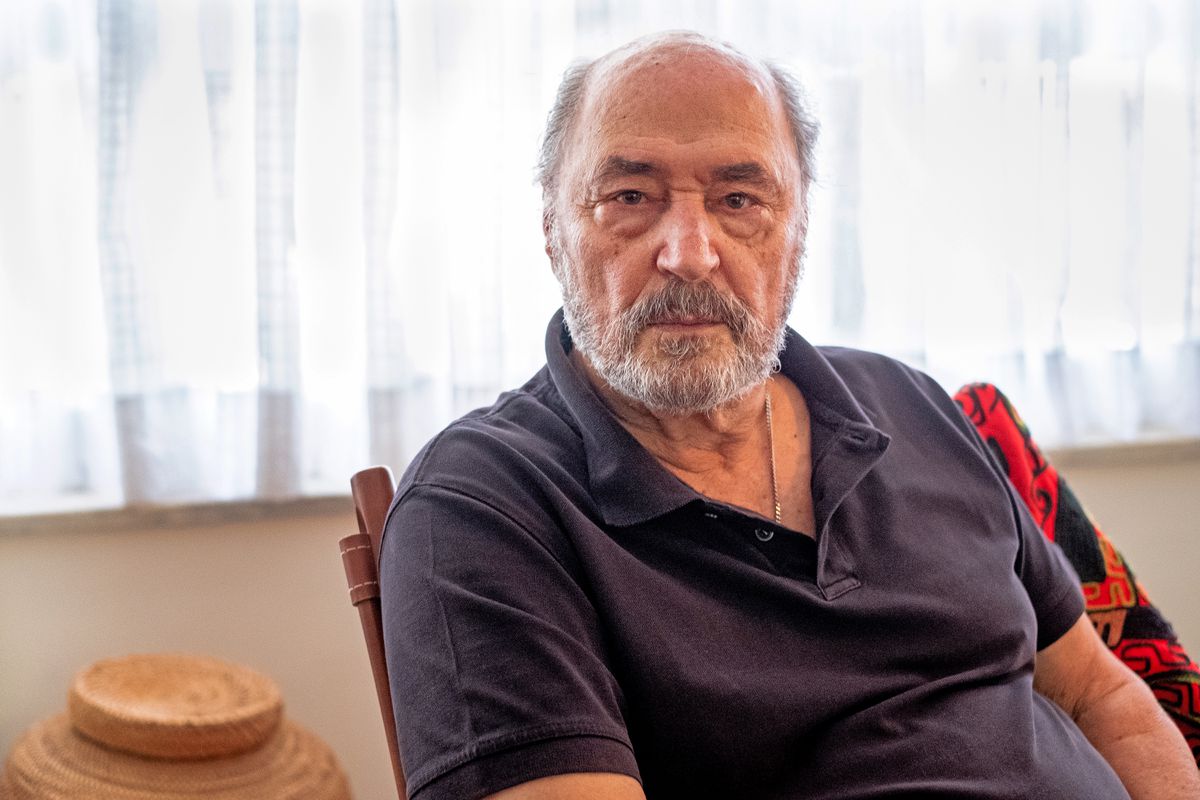 Brazilian Sydney Possuelo (Santos Dumont, 82 years old) has spent a good part of his life deep in the jungle. He is an old-school Indigenist, his country’s best-known and most decorated explorer. Stay active and in enviable shape. In his Brasilia apartment, several Don Quixote characters share the space with beautiful necklaces and native combs. The book next to the sofa How democracies die. We spoke while indigenous expert Bruno Pereira and journalist Dom Phillips are still missing in the Amazon hours before their bodies were found on Wednesday. His son Orlando, the only one of the seven to follow in his footsteps, coordinated the search.

Questions. How is the landscape?

Answer. For Orlando and me, it’s our environment. But when we enter the jungle, the indigenous people guide us because they know everything in detail. It is difficult because of its extent, but they look for it in an area of ​​about 10 square kilometers where the river makes eight or ten meanders. They trace the central canal, banks, curves, canals … There was an initial inertia (of the authorities). Orlando expected their arrival (Pereira and Phillips) at ten o’clock (Sunday 5th). Since they didn’t show up, he went out with an indigenous group to see if their engine was broken.

P You know this region very well, the Yavarí Valley. He made an expedition of 76 days.

R It was 110 days, not 76. I had closed the valley, we vetoed fishing, hunting and logging to stop the invasions. It was a success. We wanted to educate the aborigines to be vigilant. Two-thirds of my men were natives, one-third white. One day a group of 8-10 people with families came by; Time later a second group and then a third. And I thought, ‘Are these people entering Archer Indian territory? Will they have faced each other?’. We scan the site, but you can’t see anything, just a green carpet and it seems like everything is fine down there.

P And they started the expedition.

R We drove boats in, we found a drug dealer’s airstrip, which he no longer uses. We switched to smaller motor boats and made our way to the area frequented by archers. I had the GPS coordinates of the maloca (communal hut). We are approaching four kilometers. We’re looking for signs of violence or that white people went through there. We found many marks, but they were from archers. For the return we built two canoes. Outside the indigenous lands, I came across a mineraft and confiscated it. It caused a lot of environmental damage.

P His job was called Sertanista (in Portuguese) they are now called Indigenistas.

R That Sertanista is the one who lives, knows and has experience in the wilderness, this is the big jungle. Brazil has 8.5 square kilometers, mainly because the sertanists They expanded the territorial expansion together with the indigenous people, although at first they were a real scourge for the indigenous people, they enslaved them. Marshal Cándido Rondon reversed this role around 1910. He was the first who, instead of capturing the Indians, began defending them by working in the jungle and Sertanista Since then, shall we say, a friend of the indigenous peoples.

P Have the dangers changed a lot from your generation to Pereiras?

R I started with the Vilas Boas brothers when I was 17. Now there are the same dangers, but aggravated by the protection of the state, the President of the Republic, the invaders, those who destroy the environment. The worst thing is that it has transformed the institutions for the protection of fauna, flora and indigenous peoples into institutions that run counter to these interests. The environment and indigenous people are the most affected by these four years (Jair) Bolsonaro. Never in history has the government taken such measures against indigenous peoples. I often cite a statement by Bolsonaro who said that “The North American cavalry did a great job killing all the natives. They no longer have that problem. Here in Brazil, the cavalry didn’t do their job because they didn’t kill everyone.” It’s a mockery and an act of aggression.

P They returned the Indigenous Medal of Merit in March when Bolsonaro presented it to himself.

R I’ve had it for 35 years. That was a slap in the face to the indigenous peoples. The medal is for those who devote their lives to land, health and education differentiation, for those who defend them, not for a man who has been against them all his life. It was a pantomime. He co-opted some native people to give it an air of veracity.

P Why protect the indigenous people?

R Because ever since we got here, the white people, the western Christian society, have been in constant quest for land, goods, minerals, wealth and profit. Above all, benefit.

P Is it important to work in the jungle and in offices?

R I think they complement each other. I was President of Funai (the National Indian Foundation set up to protect the natives) for two years, they pulled me out of the jungle to come to Brasilia. People do not know that the demarcation of indigenous lands is based on reports by ethnologists, anthropologists, sertanists and various technicians. They must prove that they have inhabited the earth for how many years that they have not left it. People talk about them like they don’t have a story. Simply because they don’t have books or are naked. The target looks at him superiorly, he thinks he’s smarter because he’s wearing trousers and a shirt. It’s a distorted view. Whites also greet each other politely at the UN and then bombard each other.

P What is your happiest moment in the jungle, with the native people?

R Listen, I’ll be very honest. My moments of perfect happiness did not depend on other people, white or Indian. It’s an inner state.

P What is the reason for such a strong connection to the tropical forest?

R Look, the jungle isn’t easy, especially since I’m from the city. They need reasons other than those that remove those from the city, eat well, sleep well, a warm bath, that comfort. Because the expeditions are months without that. People think it’s an expedition to take a plane and then a boat, visit an indigenous community and come back. This is a ride for us. Another thing is living and surviving with what nature provides, serious business.