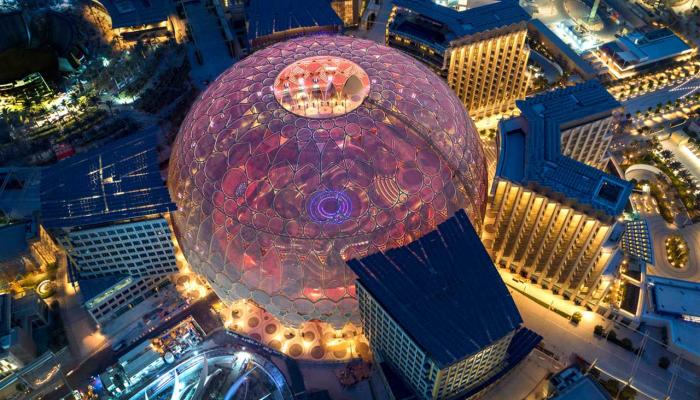 The Expo 2020 Dubai Youth Pavilion hosted a debate as part of the program of the national campaign to rationalize energy and water consumption in the UAE.

The event was entitled “Do you support the rationalization of energy and water consumption as a voluntary behavior of society or as a mandatory measure of the competent authorities of the country?”, within the framework of the national campaign of the rationalization program, and under the sponsorship and organization of the Ministry of Energy and Infrastructure.

This debate aims to enrich the axes and objectives of the national rationalization campaign, and celebrate Earth Hour 2022.

Promote a culture of rationalization

For his part, Mr. Yousef Al Ali, Deputy Undersecretary of the Electricity, Water and Future Energy Sector, stressed that this type of meeting represents a practical step to complement and support the efforts of the National Energy Demand Management Program and Water, which is the largest national campaign of its kind in the United Arab Emirates, which was announced in August 2021, with the aim of increasing the efficiency of the three most important energy-consuming sectors by 40% (transport, industry and construction), reducing water consumption in agriculture and the building sectors, increasing efficiency in water consumption and increasing the reuse of treated water to 95%.

The National Energy and Water Demand Management Program supports the goals of the Emirates Energy Strategy 2050 and the UAE Water Security Strategy, and aims to integrate local and federal efforts to ensure security of supply in the energy and water sectors through plans and programs that have a direct impact in the short, medium and long term.

He pointed out that the rationalization of energy and water consumption is one of the most important sustainable behaviors that contributes positively to the preservation of natural resources and the reduction of carbon emissions, which reduces the burden on the environment and confronts the phenomenon of climate change, and that many countries have imposed measures and policies that reduce the consumption of electricity and water by individuals, while the social culture in the field of rationalization contributes to creating voluntary practices for individuals that promote the reduction of consumption of energy and water.

Youssef Al Ali praised the “Youth Debate”, which starts from a promising vision of the future that focuses on the development of the skills of young people, which contributes to building a balanced, responsible citizen character, possessing dialogue skills and persuasion to empower your personal capabilities, to be a strong supporter of the goals and aspirations of the state for the next fifty years, for world leadership, and to achieve the UAE Centenary in 2071.

The Deputy Undersecretary for the Electricity, Water and Future Energy Sector said, “The UAE government pays great attention to youth as they are the foundation of sustainable development as they are the main pillar on which to achieve the aspirations of wise leadership and the aspirations of the UAE to assume its leadership role, and that the Ministry of Energy and Infrastructure is working on preparing and empowering them to be future builders and pioneers in various sectors, especially energy, infrastructure, housing and transport”. 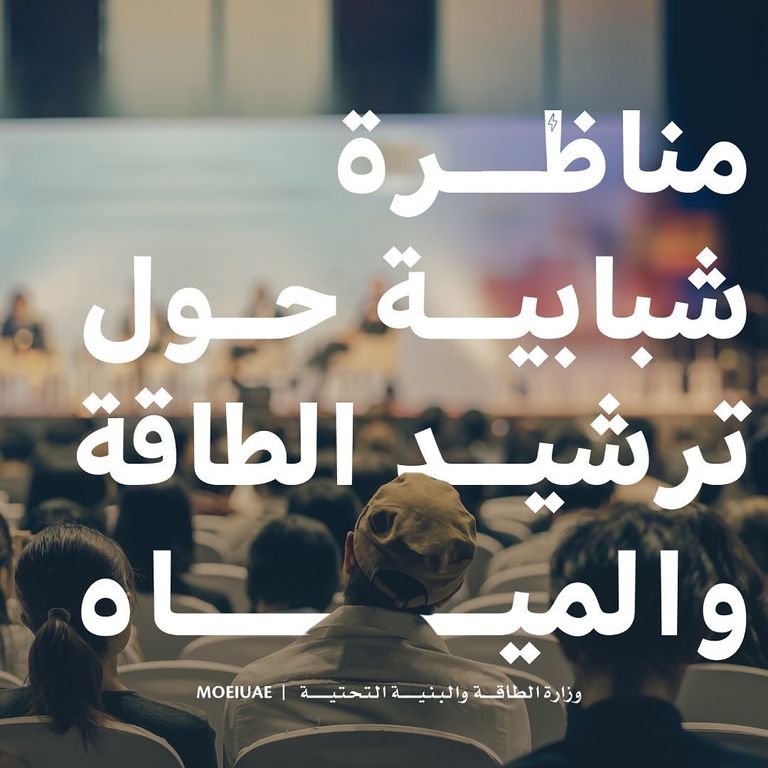 He explained the extent of the interest that the youth group receives in the ministry, through the support of the senior leadership represented by Minister Suhail bin Muhammad Faraj Faris Al Mazrouei for this category and activating their role, especially the “youth councils” intended to develop the youth labor system and its contribution to construction and development, and the achievement of the future aspirations of the UAE government and national goals through the active participation of youth in the process of sustainable development.