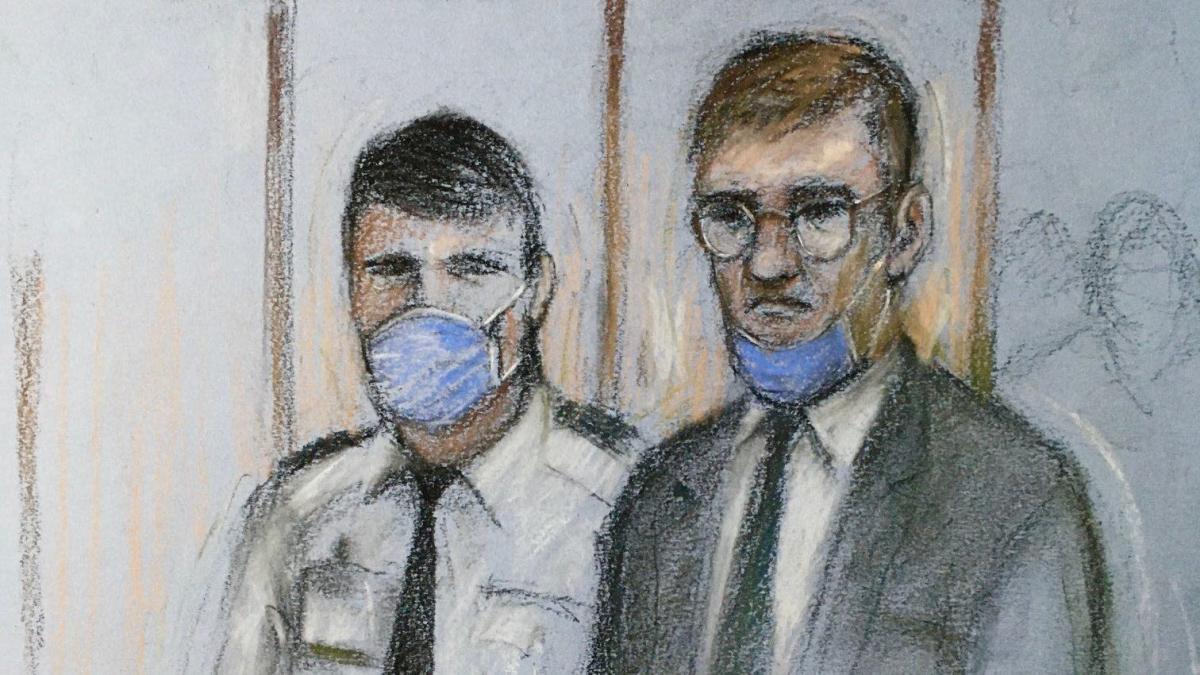 The man accused of murdering schoolboy Rikki Neave told his sister he was “wrong” after leaving Britain while under investigation, a court has heard.

James Watson, 40, is accused of strangling the six-year-old boy and posing his naked body in a forest in Peterborough in November 1994.

The case remained unsolved for more than 20 years until Watson’s DNA was allegedly identified on Rikki’s discarded clothing.

In April 2016, Watson was arrested on suspicion of Rikki’s murder and, after his release, went to live in Northamptonshire, the court was told.

Three months later, she left the country with another man in a mobile home and contacted her sister, Clair Perna, from France.

Giving testimony on Wednesday, Ms Perna, 43, said: “He contacted me to tell me that he was in a lot of trouble and that he had made a big mistake.”

Watson said he had been “wrong” to leave the country, he told the jury.

She said: “The next time he called, he said, ‘I need help. I’m in more trouble than I imagined and I need to get back to the UK.’”

Ms. Perna told Watson that she should try to contact a man she knew named Mario in Porto, Portugal.

He went on to describe the liaison with the British police as he helped his brother apply for travel documents so he could return.

After being told he would need a passport interview, he said the couple opted for a “second option” of going to an embassy in Portugal.

Asked if she had told the police, Ms. Perna said: “I told them I was going to go into the embassy.

“I think they would have to identify who it was and that would be me with a phone call … and give him emergency travel documents to go home.”

Instead, Ms Perna said she received a call to say her brother had been arrested and confirmed that he was being transported back to Britain.

She has previously said that she and Watson grew up on the Welland Estate in Peterborough and stayed with her father after her parents separated in September 1990.

She later went to live with her mother while Watson stayed in a nursing home in the nearby town of March, the court was told.

Perna denied knowing the Neave family, who also lived on the estate, or visiting them with her half-brother Andrew Bailey.

Watson asked her mother about a child who was found dead in a ditch a few days before Rikki reportedly disappeared.

Perna denied hearing such a conversation and said she would have remembered.

During cross-examination, Ms. Perna said that, contrary to Watson’s evidence, her father was a truck driver, but added: “Before I was born, I think he was a police officer.”

She said that Watson had never told her about his involvement in the Rikki Neave investigation and that it was a “surprise.”

In a statement to police in 2016, he said he “didn’t think he was capable of harming a child.”

She was not aware of a 1993 allegation that Watson had sexually touched a five-year-old boy, she said.

Of his dealings with Watson after he left the country in 2016, prosecutor Nathan Rasiah said: “You were trying to help James evade capture.”

Mr. Rasiah claimed that there were times when her half-brother Andrew took her and Watson to visit the Neave house when Rikki lived there.

Jurors also heard from a former neighbor of the Neave family who reported a possible sighting of Rikki around 11:50 a.m. on the day of her disappearance.

Diane Woodward told the jury that she found Rikki crying on Redmile Walk and asked if she was okay.

Mr. Rasiah referred to her December 1994 statement in which she only said that the boy she thought “might be” Rikki had his “head down and was kicking stones”.

It didn’t include any details about her talking to him.

His second statement in 2015 introduced a claim that he was wearing a red sweater, though jurors heard that it was not among his clothing that was later recovered from a dumpster.

Mr Rasiah said: “Is it pretty clear that those are the clothes the boy you saw on November 28 was wearing?”

Rasiah said: “I am going to suggest that you are wrong to see Rikki Neave on November 28 at around 11:50 am or noon.”

Watson, with no fixed address, denies Rikki’s murder. The trial at the Old Bailey continues.