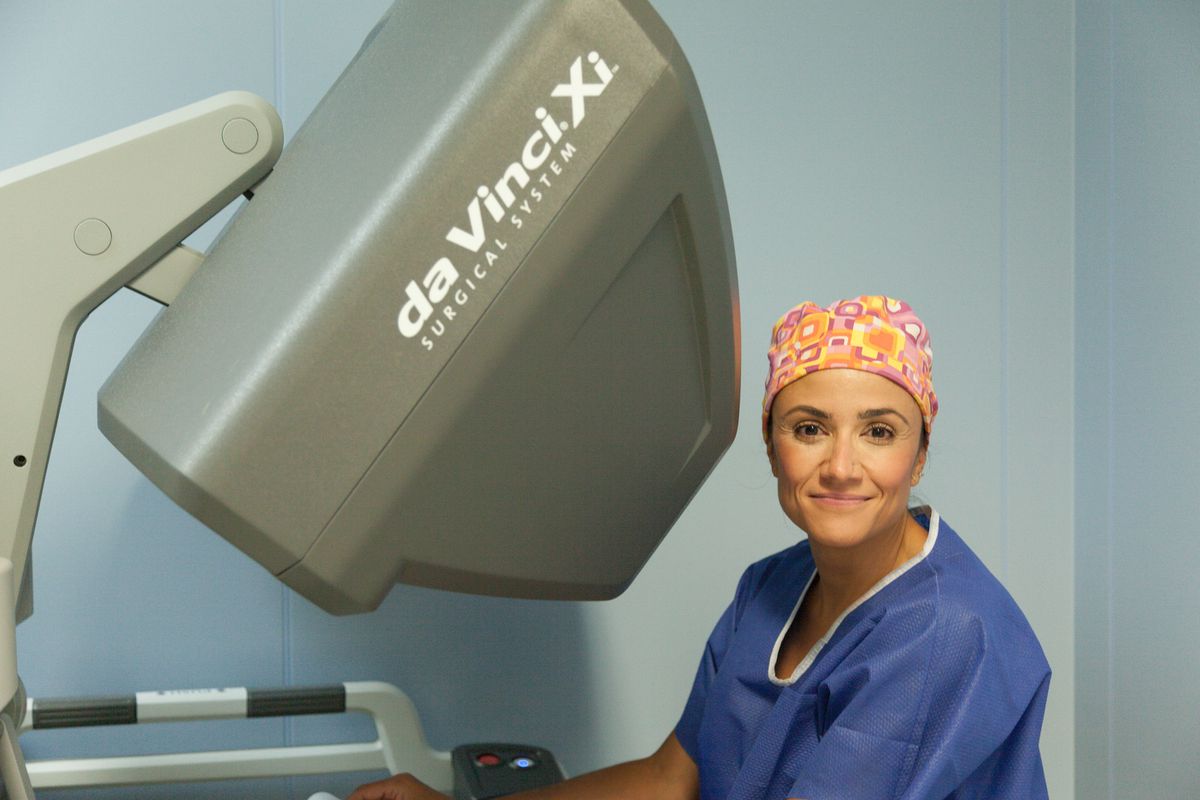 They’re called surgical robots, but they’re neither. Since the first ones were installed in Spanish hospitals in 2005, more than 65,000 people have been operated on with it, not counting trauma surgeries (knee, hip and spine) that are increasingly being carried out with the help of its technological tool, according to data from ABEX. Because that’s what robotic surgeons are, a tool. They’re not robots because they don’t make decisions, and they’re not surgeons because, of course, that can only be a human for now.

The most well-known of these, the most frequently installed and, until recently, for patent reasons, the only one that existed, is the da Vinci Robot, developed by the American company Intuitive Surgery and approved by the authorities of that country in 2000. But it’s not the only one anymore. So far only Da Vinci robots had been installed in Spanish hospitals, a hundred in those seventeen years. But in February, the Barcelona Foundation Puigvert started operating HUGO. “Currently, HUGO is only certified for urology,” explains Salvador Morales-Conde, President of the Spanish Association of Surgeons“But the company that’s marketing it is awaiting approval for general surgery.”

Surgical robots don’t work; those who operate with their help are the male or female surgeons. In summary, it could be said that it is a very sophisticated scalpel that the doctor does not have to hold with his hands and that contains a camera, tweezers, a needle and the rest of the instruments needed during a procedure. “Before, we operated openly,” summarizes Ana Belén Cuesta, gynecological surgeon King Juan Carlos Hospital Madrid, which has been working with a robot for five years. “That means we had to open the abdominal cavity. Then we started laparoscopy to make the operation less invasive. When the robot appeared, I had a lot of doubts because I didn’t see any advantages in it. But since operating with it, I’ve found that it makes up for the shortcomings of laparoscopy,” he says.

Because robotic surgeons are replacing laparoscopic surgery. Developed mainly in the last half of the last century, this surgical technique consists of opening one or more small incisions in the body through which tubes are inserted using surgical instruments and a camera. The advantage of laparoscopy over open surgery was huge as the scars are much smaller, postoperative pain is also less and recovery is much faster. The robot does the same, with the difference that the surgeon does not have to hold and move the tubes himself, but operates the device from a console. “With the robot,” Ana Belén Cuesta continues, “we see inside the abdominal cavity in 3D, while laparoscopy only allows us to see in two dimensions. This is important because we can assess the structures of the organs much better. In addition, laparoscopy uses rigid instruments, it’s like having to operate on a wrist that has no mobility. The robot’s instruments, on the other hand, can move in all directions and this allows us to reach smaller spaces or spaces that are more difficult to access with laparoscopy.”

And there is another difference: in laparoscopy, the surgeon sits next to the patient who moves the tubes, but if he uses a robot, he sits in front of a console. “The surgeries we perform are usually lengthy, especially in oncology. And with a laparoscopy, when you’ve been operating in the same position with stiff shoulders for four or five hours, there comes a time when you can’t take it anymore and maybe even have a slight tremor in your hands. The robot prevents this by stabilizing the instruments. Also, you get less tired because you’re sitting in front of a console with something like one joystick and some pedals,” adds Cuesta.

These are the obvious advantages of robotic-assisted surgery. But not everything is idyllic. For starters, there’s the prize. A Da Vinci robot costs between 1.5 and 2.5 million euros, plus the hospital has to pay at least 140,000 euros a year for maintenance. This high price is the first thing raised by those who oppose the implementation of this technology. But it’s not the only thing. It is also more expensive to trade with a robot, even without considering the purchase price and maintenance of such instruments, revealed a article Published in 2016 by a research team from the American Medical College of Wisconsin.

The proponents of this technology often argue that despite the high purchase and maintenance costs, robotic-assisted surgery has advantages such as a shorter operation time or a shorter recovery time for patients. But even published research results do not confirm these facts. The magazine will be published in June 2021 Annals of Internal Medicine published a research over 50 studies involving nearly 5,000 robotic surgery patients. The authors concluded that there is no difference between robot-assisted surgery and laparoscopy in the likelihood of complications, even in the long term. And he also points out that in gynecologic surgery, for example, robotic surgeries increased their duration by 13% compared to laparoscopic ones. And a to learn signed by researchers at the University of California at San Diego, published in March 2022, ensures that after ten years of using a robot as a surgical assistant in their hospital, patients operated on with it remain in the hospital longer than operated on laparoscopically.

Technical failures are also not to be neglected, because after all the surgical robot is just a machine and even these fail. Miscellaneous to learn published in 2016 analyzed the technical problems found in robotic operations after fourteen years of use: in the cases analyzed, they found that 10.4% of operations had to be interrupted due to a technical error that forced a reprogramming of the robot system or continue the operation directly with conventional methods without the help of the robot.

But according to Julio Mayol, medical director of the Clinical Hospital San Carlos in Madrid and President of Spanish Society for Surgical Research, “Robots can help us reduce practice variability and increase surgical safety. It is true that their price is high but that will change from now on as Da Vinci’s patents end and as there will be more competition they will be cheaper”.

Mayol admits that the current situation is not ideal: “It is debatable how they are used. We should have defined a group of patients with characteristics that allow us to understand how to best use this technology. For that we would have to work in a network, as is the case with transplants, that there are some centers that do transplants and patients who need a transplant are sent there. You have to organize that in robot-assisted surgery, but it’s difficult.”

But, despite the fact that this does not happen, the fall in the price of robots and the entry of new models from other companies onto the scene will accelerate their implementation in the coming years. The 65,000 operations performed with robots in Spain in these seventeen years are a very small fraction of the operations performed in our country, 3,600,000 in 2019, but it is undeniable that they are increasing. As Mayol sums it up: “If you want to be part of the evolution of surgery, you can’t just watch”.