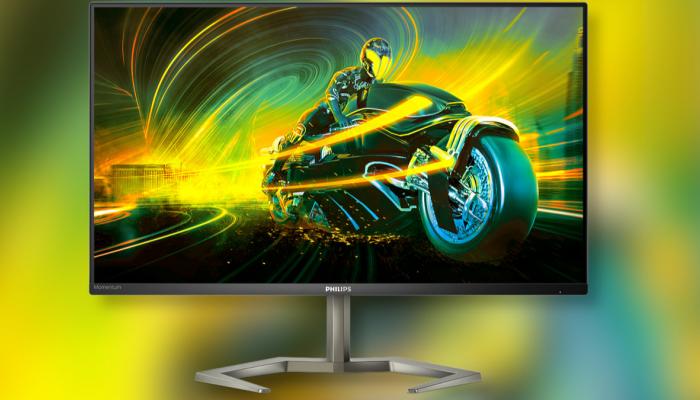 Philips has announced the expansion of its range of gaming monitors with the introduction of two new models.

The Dutch company explained that the new 27M1N5200PA screen is very fast and works with a frame rate of 240 Hz to meet the requirements of gaming enthusiasts, while the new 32M1N5800A screen is packed with many advanced technologies and works with an image activation frequency of 144 Hz.

Specifications and price of the screen

The Dutch company confirmed that the new screens feature a nearly bezel-less design on 3 sides with the availability of the SmartErgoBase metal stand with a built-in, integrated cable routing system. Philips announced the launch of the 27M1N5200PA screen at a cost of 409 euros and the 32M1N5800A screen at a cost of 979 euros.

The technical equipment package of the new Philips 27M1N5200PA monitor includes a 27-inch Fast-IPS panel with an image refresh rate of 240 Hz, an MPRT response time of 0.5 ms with support for AMD FreeSync Premium technology, a wide viewing angle of 178 degrees horizontally / 178 degrees vertically, and a brightness of 400 lanterns/m2.

Philips promotes its new monitor 32M1N5800A through HDMI-2.1 connection ports suitable for computers and the new generation of gaming devices.The new Philips 32-inch monitor works with 4K UHD resolution and a response time of 1 millisecond with support for the Adaptive Sync technology to run games smoothly and display fast movements without delay on the screen.

The new Philips 32M1N5800A monitor is based on Ultra-Wide-Color technology and works in UltraClear 4K UHD resolution (3840 x 2160 pixels) with support for VESA DisplayHDR 400 technology and high dynamic range to improve the gaming experience, in addition to equipping the Philips monitor with MultiView technology to connect multiple devices in PbP mode.

The Dutch company explained that its new device is based on LG Display’s OLED.EX panel, which has a higher brightness than older OLED TV models.

It also announced that the new OLED807 smart TV with 48-inch, 55-inch and 65-inch screens will be launched at the end of the second quarter of this year.