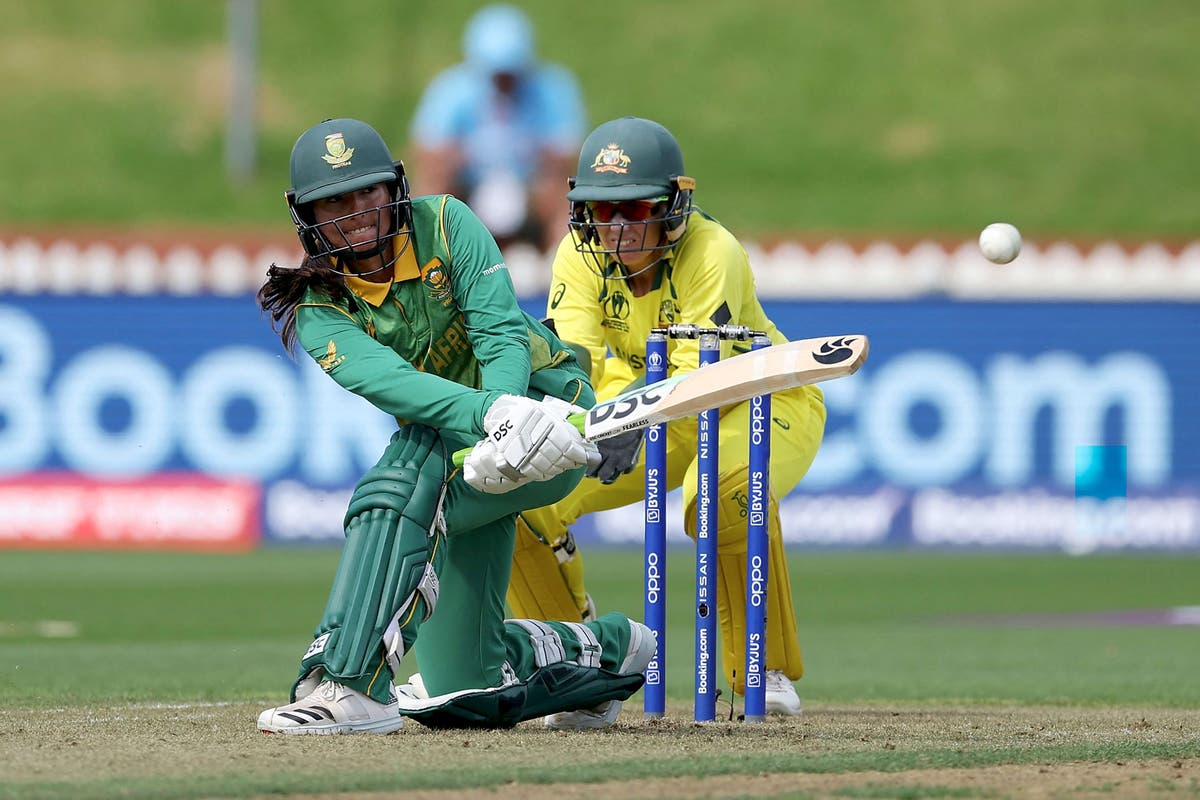 Sune Luus called on South Africa’s stuttering top order to start racking up runs when it matters after booking her place in the ICC Cricket Women’s World Cup 2022 semi-finals.

Rain swept away Thursday’s game against the West Indies in Wellington after the Proteas, put to bat in a match reduced to just 26 overs, reached 61 for four from 10.5 overs.

And that result officially sent Luus’ team through to the semi-finals, moving them up to nine points and second in the standings, leaving the West Indies’ hopes of progression in the balance.

South Africa’s bowling has been their main asset throughout the tournament as leading batsmen Lizelle Lee, Tazmin Brits and Mignon du Preez, who all collected 38 points and were not eliminated against the Maroon Warriors, have all struggled to regain their form in New Zealand.

Captain Luus praised Du Preez’s resilient tackles at Basin Reserve, but admits there is more to be done if her team is to soar to its first ICC Women’s Cricket World Cup trophy.

The 26-year-old, who scored just one on Thursday but is her team’s second-highest run scorer in the tournament, said: “There are still plenty of batsmen who would be happy to get runs.

“Lizelle Lee at the top, and our number 3 spot too. Our bowling continues to advance by leaps and bounds, and we take pride in our course, so we’d like to get better at [batting].

“The way Mignon hit: He’s been run-shy in the competition and he needed that for his confidence.

“Everyone is extremely excited and happy to be in the semifinals. With today’s rain, it was not ideal to sit and wait; It wasn’t the best of starts, but we still have to get the positives out of today.

“We are very excited to reach that final; It’s been a dream of ours for so long, but we still need to get past the semi-finals. Needing to play England or India will be a tough game anyway and we need to get through it.

“We will take it game by game, we would keep our momentum and a win on Sunday. [against India] will help with that.

Wellington’s sodden forecast put Thursday’s game in doubt, but after taking the field in a game cut to 26 overs, the West Indies threw themselves into a shuttlecock.

Chinelle Henry (three for 19) and Shamilia Connell (one for 18) cut South Africa to 22 from four before Du Preez led the comeback with 38 not eliminated.

She was briefly joined at the other end by Marizanne Kapp (five not eliminated), but with persistent rain from Wellington, the match was abandoned in a result that officially secured South Africa’s semi-final place.

The West Indies now sit in third place but know their semi-final fate is out of their hands, concerned about the fate of India and England who may overtake them in the top four if they win their final matches against South Africa and Bangladesh respectively.

Captain Stafanie Taylor said: “It’s not how we would have liked, but there’s not much we can do about it and it’s something we can’t control.

“We were hoping we would have had a game, but now, we’ll probably have popcorn and hopefully South Africa beat India so we can give them a chance.

“It is something that we cannot control, but we hope that it will continue on our way. If we go to the semifinals, you just have to go out and play, it doesn’t matter if it’s a problem or an injury, you have to step up. It all comes down to how much you want it.”