Suhail Al Mazrouei: The operation of the second plant in “Barakah” accelerates the achievement of the National Energy Strategy 2050 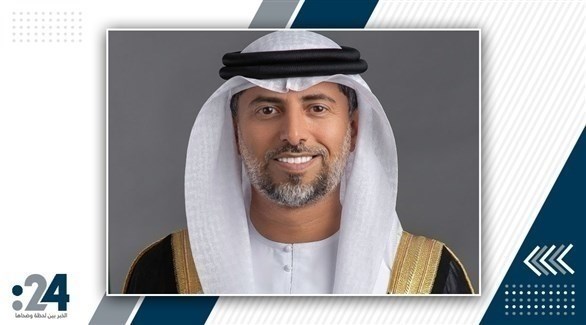 Suhail bin Mohammed Faraj Faris Al Mazrouei, Minister of Energy and Infrastructure and Vice Chairman of the Emirates Nuclear Energy Corporation His Highness Sheikh Mohamed bin Zayed Al Nahyan, Crown Prince of Abu Dhabi and Deputy Supreme Commander of the UAE Armed Forces , and his fellow sheikhs , members of the Supreme Council of the Union, rulers of the Emirates, on the occasion of the start of commercial operation of the second plant in “Barakah” for nuclear energy for peaceful purposes.

Speaking to the Emirates News Agency, WAM, Al Mazrouei said: “With the operation of the second station in Barakah, we have made great strides towards our global leadership in the field of energy, especially environmentally friendly.” . carried out by the distinguished work teams to complete the process of putting the second station into commercial operation.

Al Mazrouei stressed that the UAE is closer to achieving the goals of the National Energy Strategy 2050, which outlined the characteristics of the sector for the next three decades, as the operation represents another achievement achieved today by the UAE’s Peaceful Nuclear Energy Program. , as part of our effort to provide abundant and environmentally friendly electrical energy throughout the day.

He added: “The operation of the second station at ‘Barakah’ coincided with the UAE’s golden jubilee and its preparation at the same time to host the Conference of the States Parties to the United Nations Framework Convention on Climate Change ‘COP28 ‘ next year, which makes us proud of the ambitious achievements of the UAE and its ability to lead in the peaceful nuclear energy sector. Through its orientation towards the diversification of energy sources and the increase in the contribution of clean energy from them, in line with the state’s objectives to preserve the environment and support the issue of climate change”.

Flexible Strategies
He explained that the UAE has a flexible strategy for the energy sector that meets the country’s aspirations for the future, in terms of sustainability of the sector and the promotion of sustainable growth, in parallel with supporting the country’s efforts to achieve its own goals. to deal with the phenomenon of climate change.

The Minister of Energy and Infrastructure stressed that the UAE, under the guidance of wise leadership, continues to promote its unique model of green energy production from sustainable sources, and enhances the UAE’s strategy to achieve climate neutrality by 2050 and reduce carbon emissions. , noting that the announcement of the commercial operation of the second Barakah nuclear power plant The project brings the energy produced from the project to 2,800 megawatts and reduces carbon emissions by more than 11 million tons, which improves the position of leadership of the UAE in the world in the environmentally friendly energy sector.

- Advertisement -
Share
Facebook
Twitter
Pinterest
WhatsApp
Previous articleCar and tractor collision: one person is seriously injured
Next articleFear of sanctions? The captain of the oligarch yacht ordered the crew to leave the port of Barcelona in 48 hours