Suffering a disastrous defeat in Andalusia, Cs faces the challenge of surviving at national level 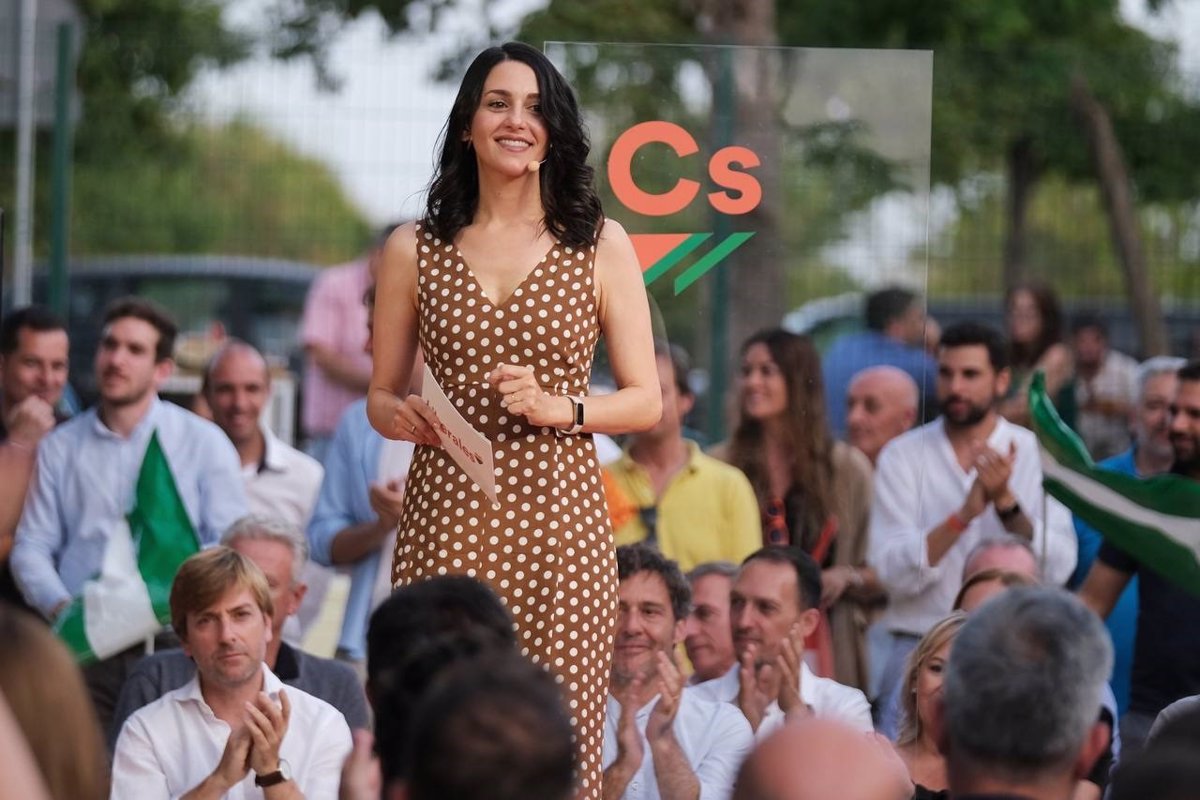 
The president of Cs, Inés Arrimadas, this Friday in Seville at the conclusion of her party’s election campaign in the elections to the Andalusian Parliament on June 19th. – CITIZENS

As in Madrid, he won no seats in the regional elections after co-chairing the board

Ciudadanos signed another traumatic election day this Sunday, failing to secure a single deputy in the Andalusian Parliament, compared to a crucial 21 in the 2018 elections. This is the second regional election in which Inés Arrimadas’ party has not received a no MP, as happened to him in Madrid last year. From now on he faces the difficult challenge of competing at national level.

The “orange” formation achieved their best result in Andalusia in 2018, 21 seats and 18.2 percent of the vote, which allowed them to enter the government chaired by the PP. After 90 percent of the votes were counted in these elections, Ciudadanos disappears while Juanma Moreno Bonilla can govern alone thanks to his majority – 56 seats.

In 2015 Ciudadanos took part in the elections in Andalusia for the first time and the result was positive. The party won 9 seats, 9.2 percent of the vote.

His support became key to the appointment of Susana Díaz as President of the Andalusian government, which ruled in the minority thanks to the agreement with Ciudadanos.

But in September 2018, the “Orange” party denounced the deal, warning that it would not support the budgets because it understood the Socialists would not honor the signed measures.

Faced with the “impossibility” of executing the budget plans and alluding to “instability”, Díaz decided to anticipate the elections that should have taken place in 2019. Ciudadanos did well as it became the third force, its results improved compared to 2015 and became part of the Andalusian Executive.

For the elections of this 19J, Ciudadanos based his campaign on justifying his management, leading the executive board to try to reverse the forecasts of the polls, which had already anticipated the bad results for the party.

IN THE NATIONAL KEY

The disastrous results of Ciudadanos in Andalusia will immediately be read nationally as the party faces a difficult situation of survival, having gone in a single year from co-government in Castilla y León, Madrid and Andalusia to an extra-parliamentary party in the last two regions , while it has only one seat in the region of Castile.

Today’s elections, after the open wound in the party after the November 2019 general elections, have only confirmed this trend, already observed in other regional elections, such as those of the Autonomous Community of Madrid in 2021 or those of Castilla y León this year .

Ciudadanos disappeared from the Madrid General Assembly, hastening the decline that had already begun after the generals. He lost half a million votes and was frustrated with his aim of regaining power in the Autonomous Community of Madrid, where he also governed with the PP.

A SITUATION THAT COMES FROM FAR

The Ciudadanos debacle began after the November 2019 general elections, repeating those that had taken place in April of the same year and in which it had achieved its best result, becoming the third force in Congress with 57 seats.

Everything went wrong six months after the parliamentary elections were repeated, because the “orange” formation lost 2.5 million votes and won only ten MPs.

Albert Rivera has left Ciudadanos, but the current president, Inés Arrimadas, has not stopped piling up failures. One of the most notorious was the Catalan election in February 2021. The result was one of the hardest blows for the party, which had just won in 2017 with the ‘orange’ leader as the headline winner. It collapsed, losing nearly a million votes, 30 seats and rising from first to seventh power behind Vox.

Barely a month later, it just started getting uglier. In Murcia, in March 2021, the “Oranges” allied with the PSOE to throw the PP out of the Murcia government and Murcia city council. The regional president, the “popular” Fernando López-Miras, managed to get several Cs MPs and others previously expelled from Vox to vote against the motion of no confidence, preventing success. As a result, Cs lost power in Murcia and saw three of his deputies defector.

The barrage of charges coming from Citizens has continued ever since. In the specific case of Andalusia, the long list of resignations consists of names that left the “orange” formation before the lists were drawn up and announced. After the election call, there were constant resignations.

They singled out Andalusian MP Mar Hormigo, who left the Autonomous Committee in mid-May, saying that “she doesn’t think” the party is “in the best of hands”. He joins figures such as Fran Carrillo, who was Marín’s rival in the primaries, to nominate the candidate for the board, which was followed by the resignation of the board in Córdoba.

Other regional parliamentarians, including militancy, who have also resigned are María del Mar Sánchez, Raúl Fernández, Emiliano Pozuelo and Javier Pareja. Speaker Sergio Romero has left, as have MPs Mónica Moreno, deputy speaker and independent at the top of the Jaén list in 2018, and Ángela Rodríguez.

However, the resignations have allowed the citizen lists for the Andalusian elections to be free from criticism. For the election of the list leaders of the citizens of the Autonomous Parliament, primaries were held only in Malaga, as this is the only province with 350 militants, a requirement laid down in the statutes, number one for the regional, general and European elections. .