Sudan.. Measures to establish the “compass” of the United Nations mission 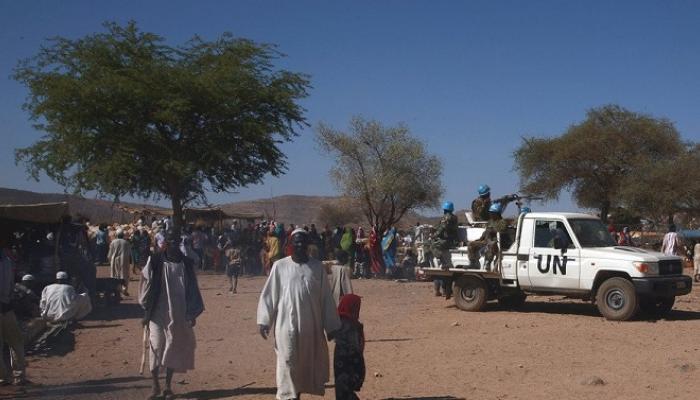 The Sudanese Foreign Ministry announced the start of a series of measures to control the work of the United Nations Mission in Khartoum “UNITAMS”, to focus on issues of its mandate.

The position of the Ministry of Foreign Affairs of Sudan, in an informative statement presented by the head of the “UNITAMS” mission, Volker Peretz, before the UN Security Council, brought many accusations against the existing authority in Sudan related to the repression of demonstrations.

Peretz’s report included the results of the mission’s consultations with the country’s civil and military political forces, noting that Sudan threatens to descend into armed conflict unless the process of “restoring the constitutional path” is completed. .

The Foreign Ministry statement said the Sudanese government submitted its response and observations to the UN envoy’s report, and it was circulated as an official document of the Security Council.

The statement states that the government of Sudan “has reconstituted the Supreme Committee for Dealing with the United Nations, headed by a member of the Sovereign Council, Lieutenant General, Naval Engineer Ibrahim Jaber Ibrahim, and the Executive Committee for Coordination with UNITAMS, which it is headed by the Sudanese Foreign Ministry Undersecretary in Charge, Ambassador Nader Yousef Al-Tayeb, who prepared the government response.”

The Sudanese Foreign Ministry added that “the Executive Committee immediately began to take a series of measures that would redirect the work of the mission (UNITAMS), so that it pays attention to other essential aspects of its mandate, such as: support to the Juba Peace Agreement, and the implementation of the protocols annexed to the agreement, such as the protocols for displaced refugees, security arrangements, land, the development of the nomadic and pastoral sector, and the mobilization of the necessary resources to preparing the elections, instead of concentrating most of their activity on the political side only.”

The Chargé d’Affaires of the Permanent Mission of Sudan to the United Nations presented his country’s statement at the session of the International Council, highlighting aspects related to the UNITAMS mandate.

He also highlighted the need for UNITAMS to adhere to the principle of fairness, impartiality and transparency when collecting and presenting information, analyzing it and drawing conclusions from it in its reports.

It should be noted that the Executive Committee for Coordination with UNITAMS, which includes several relevant ministries and institutions, is now working on the preparation of an integrated matrix for the Sudanese government’s liabilities from the UN mission, in accordance with government priorities. in terms of transition support. leading to the holding of elections.

The statement from the Sudanese Foreign Ministry said “this array will soon be handed over to the United Nations, especially as the mission has been deployed at the request of the Government of Sudan.”

Sudan has been experiencing political turmoil since the decisions of the army chief, Abdel Fattah Al-Burhan, on October 25, who dismissed the transitional government and imposed a state of emergency, in measures that he described as corrective to the course of the revolution.

UNITAMS and the African Union are leading efforts to resolve the protracted political crisis in Sudan through a comprehensive consultative process.