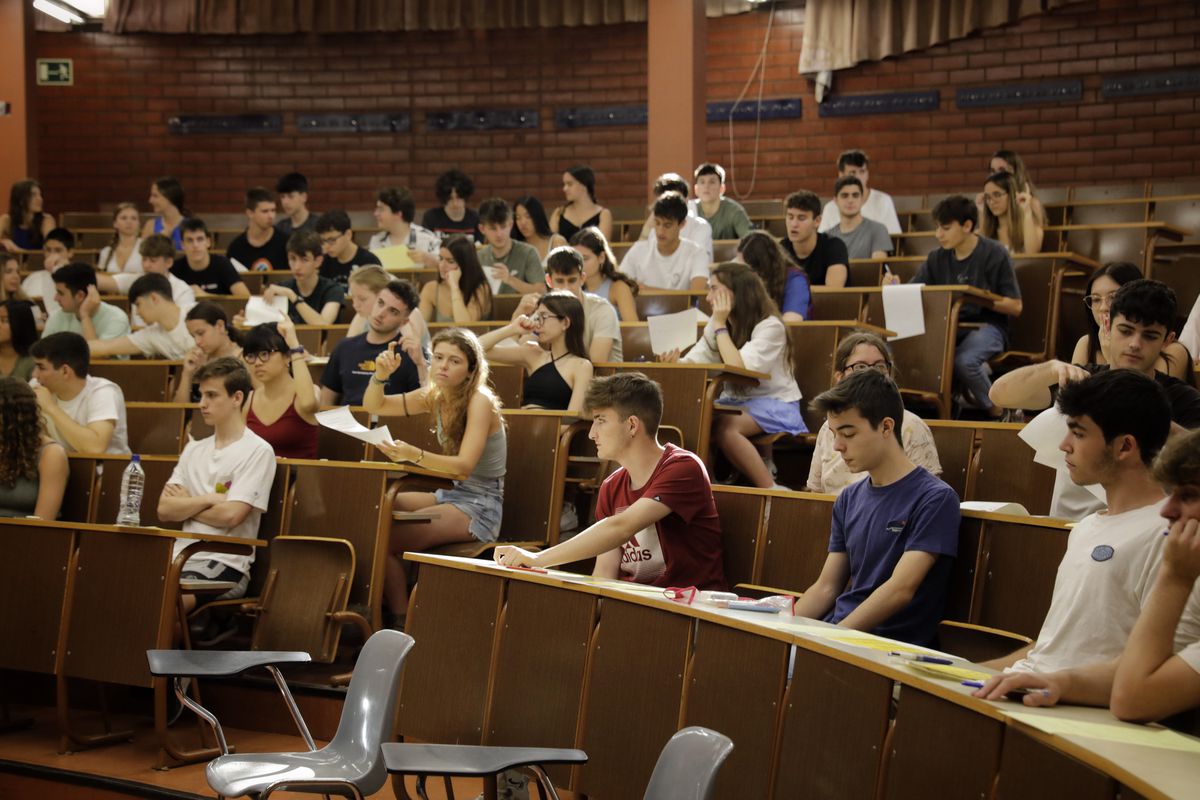 Minister Joan Subirats, who has been in office for half a year, has so shaken up the preliminary draft of the Organic Law of the University System (LOSU) that, although it arrives at the second reading in the Council of Ministers on Tuesday, it could be considered first. In the preliminary draft submitted on May 9, Subirats greatly simplified the regulation sought by Manuel Castells and, in the eyes of the rectors, too interventionist, but has since repeatedly made relevant changes. The LOSU, coming to Congress in September, remains the same.

Blow to the instability of the workplace. The character of associate professor was created so that respected professionals could share their extensive experience for a few hours in class, but since the 2007 crisis, universities have been filled with fake lecturers in a precarious situation (salaries of 300 euros) with no other profession . If the law passes, public universities will have to hold merit competitions by December 2024 so that 25,000 employees have permanent, part-time contracts (not counting health sciences employees). The change means gaining seniority and compensation and being able to opt for salary bonuses. Places are being stabilized, not people, and teachers could remain in competition with other unemployed applicants because there must be free competition. In other sectors of public administration, 20% of House candidates lost their jobs.

Employees lose their contract if they no longer have another job. This is intended to reduce instability from 40% to 8% of the workforce, but Manuel Ortega, head of universities for the UGT union, believes that this is “cheating because it doesn’t count the medical assistants among the unstable ones; The ministry argues that they will almost certainly stabilize in their careers.” For the latter, a 10-year career is expected from the start of thesis to a permanent contract if they pass an assessment.

parallel commute. Universities want to be able to hire respectable personalities, but current corsets prevent this. LOSU considers the existence of the number of permanent professors or working professors with free salaries who are not civil servants but are accredited by the national assessment agency. “We fear that it will serve to house the rector’s nephew,” says UGT’s Ortega.

Training for new teachers. Subirats believes the best way to defend students is to provide them with the best education, and for this reason it has been suggested that postdoctoral assistant professors take a course in teaching methods – the first job step – as is the case for educators is other levels of education.

Measures to promote internationalization. If the law is approved, foreigners studying or continuing their studies, doing research, participating in exchange programs, engaging in extracurricular activities, or volunteering will not have to renew their visas every year. Foreign student rates in Spain are very low – 27.5% for doctoral students, 21.3% for masters graduates and 6% for graduate degrees – and there is a consensus that, with birth rates falling, there is a need to attract students from other countries. The universities are negotiating with the Ministry of the Interior that these university students can stay another year after completing their studies without applying for an extension.

Financing. LOSU is forcing the autonomous communities – which provide 77% of the funds – to allocate 1% of their gross domestic product to universities before 2030, a number Castells has not taken into account. Now the regional differences are huge: the University of the Basque Country has a budget of 437 million euros compared to 297 million for the University of Malaga, both of similar size. Municipalities must have multiannual and objective plans for their campuses, and all universities, including private ones, must allocate 5% of their funds to research.

Guide. The draft leaves the most delicate measures of the law in the hands of the monasteries: the representation of the various groups in the organs, their functions or the election of the rector and deans. The president of the universities’ social councils, Antonio Abril, regrets that universities are not complying with the OECD roadmap “which tells you that improving the science, technology and innovation system must start with reforming university governance. We are not talking about the election of the rector, but about management, government, transparency and monitoring of results.”

Inbreeding. The new job vacancies will be published in a register – now the procedure is opaque – and the commissions will consist mostly of non-university members. An attempt to put an end to candidate-tailored seats from the inside.

open science. Public university research will be freely and openly accessible, even if funded with private funds. The Ministry of Science does not go that far and limits itself to cases in which the largest funding is public. In addition, agreements with magazine publishers must become more transparent.

The university for everyone. A person without a high school diploma can study a trade in the field in which they work if they pass an exam set by universities. In addition, the continuous further training of the entire population is promoted through courses of different durations, some of which have very specific content. 48% of the working population between the ages of 25 and 64 have no vocational qualifications (technical college or university).

citizen science. The law stipulates that the population should participate in research projects. Students who get involved are rewarded for their efforts in the curriculum, perhaps with career credit recognition.